Erica Wall’s Weight Loss: How Much Weight Did She Lose After My 600-lb Life? 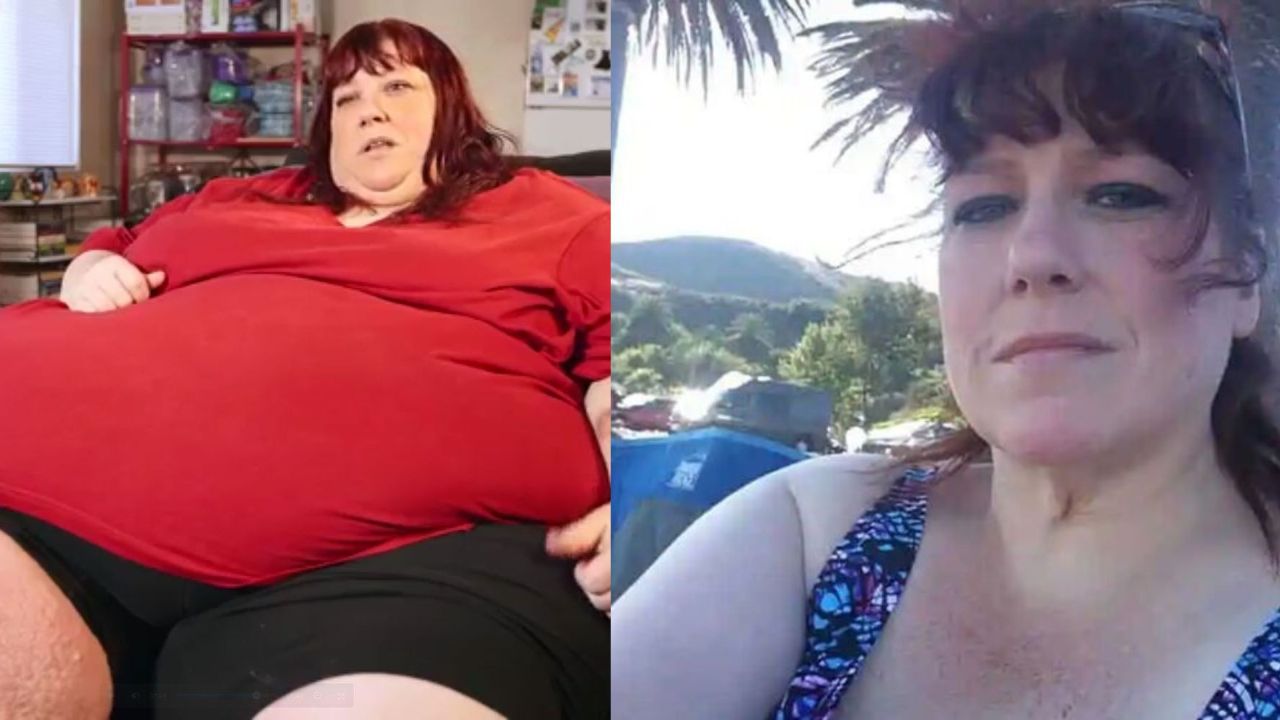 Erica Wall underwent a significant weight loss of 290 pounds after she sought help from Dr. Now of My 600-lb Life. She was 661 pounds when she was featured on the TLC reality show and she lost 190 pounds to prepare for her gastric bypass surgery. She lost another 100 after the surgery. Erica Wall is continuing on with her weight loss journey and she looks completely unrecognizable today.

Erica Wall from one of the episodes of the TLC reality show My 600-lb Life had one of the worst cases of obesity and weight gain. She was rendered incapable to walk anywhere on her own and thus, independent because of her weight. After she watched the re-runs of the show, she decided that she wanted help from Dr. Now and flew to make it to the show. It was one of the best decisions she had taken because things have changed for the better now as she had an impressive weight loss. Even though the change stalled in the beginning, now she’s living a happy and healthy life. Let’s read Erica Wall’s weight loss story!

Previously, we touched on the weight loss stories of Tom Kerridge and Emily Canham.

Erica Wall had one of the most incredible weight loss transformations in My 600-lb Life. She lost 290 pounds in total before and after surgery and is still continuing to shed weight. She lost 190 pounds to get ready for bariatric surgery and she lost the 100 after. That’s nearly half her weight as she was 661 pounds when she filmed for My 600-lb Life.

She was featured on My 600-lb Life in episode 6 of Season 5 which aired in 2017. Hers was a very compelling and heartbreaking story of how she came to be like that. Her condition which is to mean her weight (she was 661 pounds when she came on the show) had made her unable to walk and thus, dependent on others for mobility. She was tired of living that way. That was one of the main reasons that she sought the help of Dr. Now for weight loss.

Erica Wall also knew that her obesity could be the death of her and she feared for her life. She was desperate to get rid of all that extra weight so that she could have a chance to live her life to the fullest. She was surprised every day she woke up as she really expected to die in her sleep. Nothing was worse than living in such shame about having to depend on others to walk and shower and fear that they were gonna die anytime soon. She desperately needed to have weight loss.

Erica Wall had a ‘stomach that hung to her knees‘ and she suffered excruciating pain because of her condition. So, she took a leap of faith when she flew to make the journey to meet with celebrity bariatric surgeon Dr. Younan Nowzaradan. She was given medical advice not to fly but she had to take a chance for herself. If she could lose enough weight to be approved for gastric bypass surgery, she would be looking at further weight loss and a much better quality of life.

Ahead of her flight, Erica Wall said,

I’m doing this so that I have a chance to live. How did I get to this point, where I’m like a sideshow to people? And they have to cart me past everyone? They’ve already made me buy a whole aisle of three seats because of my size…. But this is my only chance. And I have no other options.

Unfortunately, for Erica Wall, weight loss surgery wasn’t simple as it was for others because she had already had a stomach stapling procedure before. But yet she managed to lose a lot and has transformed in many ways since then despite the obstacle. From what she revealed on the show, getting away and over from that dark past of hers and forgetting her childhood memories by changing herself might have been the incentive for her to work harder for weight loss.

The 44-year-old explained that her tumultuous childhood and her difficult upbringing led her to turn to food for comfort and thus, she had been gaining weight since she was a child. She went from being a happy child who enjoyed home-cooked meals to being subjected to bullying for her weight. Her own father used to call her Godzilla. Childhood was a terrible time for her. She couldn’t continue on like that and she would have to if she didn’t have weight loss.

It was no better when she started to grow up. Erica Wall was sexually assaulted when she was 17 by her boyfriend’s friends. And when she had her stomach stapled, it could not hold because she again tried to escape the pain of her trauma with her comfort food. And then, her happiness and dependence were taken away with every pound she gained over the years. It could be gained back only after the weight loss.

Erica Wall was already fed up with her life which, she described, was miserable. Her niece was the only family member she saw consistently because she came in to shower her and buy groceries for her aunt. But she enabled her food addiction by continuing to buy her junk food. Erica’s mother was the one who supported her throughout her life but she tragically passed away after a car accident. She felt alone after that.

Rock bottom hit Erica Wall when she was not able to kiss her mom goodbye in the hospital because she was scared she would pull one of her mother’s tubes out. She didn’t want to live any longer like that. She had to have a weight loss or it was misery for the rest of her life. So, she came on the show very committed to her cause. Now, she has lost over half her body weight and appears to have maintained it to this day.

In Erica Wall’s episode of My 600-lb Life, she was paired with nutritionist Susan Swadener for help to fight her food addiction. She was to prepare Wall for weight loss surgery with a low-carb, high-protein diet. By the end of the first episode, she lost 190 pounds, which was enough to grant her the surgery.

Despite having difficulty because of her previous botched stomach stapling, she went ahead with bariatric surgery. And after the surgery, she lost 100 pounds. She did have a minor setback when her partner Jimmy ended their relationship because he couldn’t live with the ‘clutter’ that she kept in her home. But despite struggling with the split, she didn’t give up on her weight loss and continued to slim down. Losing half her weight wasn’t easy but she did it.

And now Erica Wall is living her best life post-weight loss. She looked unrecognizable in a new picture she uploaded on Facebook. She looked nothing like she did before as she posed in the blue and purple swimming costume with a plunging neckline and showed off her chiseled jawline and slimmed-down face smiling at the camera.