Farrah Abraham’s Plastic Surgery 2022: Then and Now Photos of The Teen Mom Star; What Did She Look Like Before? 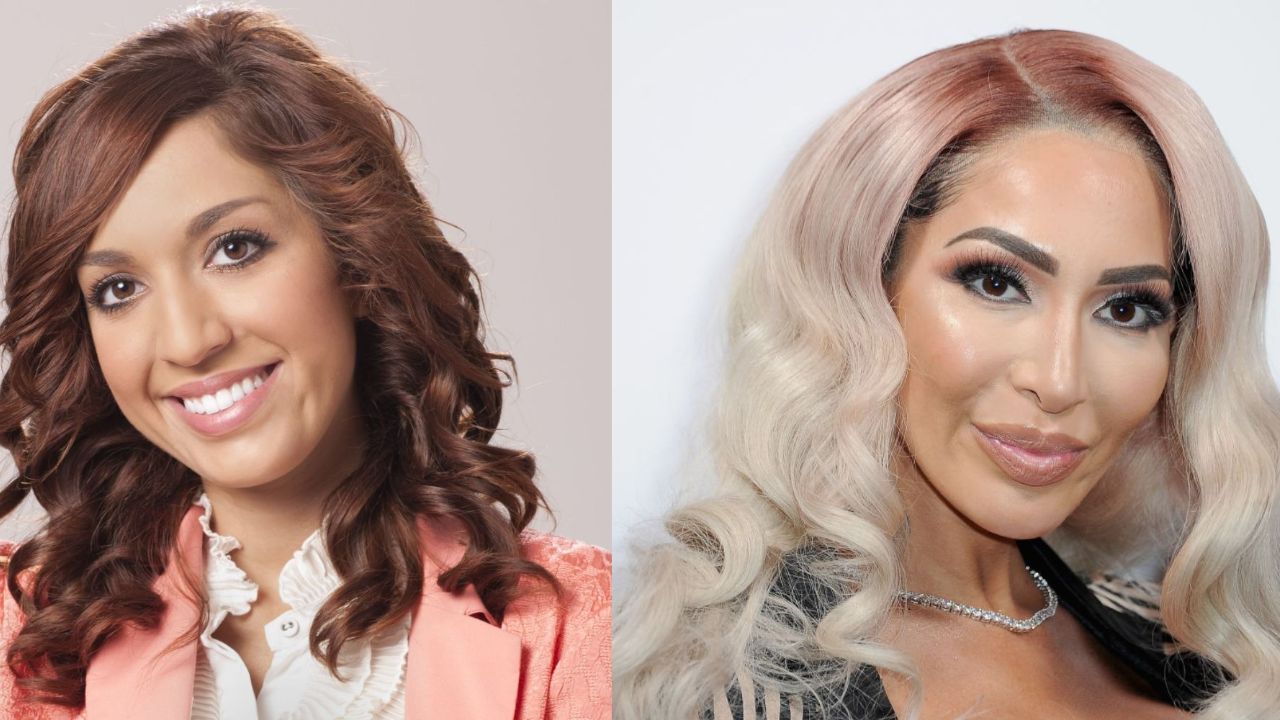 Farrah Abraham’s plastic surgery has made her completely unrecognizable from before as can be seen from the comparison of then and now photos. The Teen Mom alum has never hesitated from sharing that she has gotten multiple plastic surgery procedures including Botox, fillers, rhinoplasty, chin implants, breast augmentation, and butt implants. Farrah Abraham just got a butt injection along with fillers on her face and injections around her jawline in April 2022.

In August of the same year, the television personality ventured into music and writing. She released her debut album and first memoir, both of which were titled My Teenage Dream Ended. The book became The New York Times bestseller.

Previously, we touched on the plastic surgery efforts of Jennifer Aniston and Vanessa Hudgens.

Farrah Abraham’s Plastic Surgery: Check Out The Reality Star’s Before and After Photos; She Looks Unrecognizable Now!

Farrah Abraham has always managed to keep the fans of Teen Mom interested and enraged with her many plastic surgery procedures. She has never gone down the road of being quiet and dismissive of the cosmetic alterations she does like most of the celebs do, and openly flaunts her works.

Farrah described her body makeover in her book, Dream Twenties: Self-Guided Self-Help Memoir, which is not exactly being subtle and low-key about cosmetic surgery. She has written in the book,

“Yes, it’s true, I got plastic surgery and with that responsibility and freedom, there is a lot I learned.”

The reality star recently reshared a before and after picture of her plastic surgery which had been created by her fan account on her Instagram stories, which she captioned ‘God is good.’ She looked completely different in the side-by-side comparison. None of the works she had done are subtle due to which she is completely unrecognizable now.

Farrah Abraham first got started with plastic surgery with breast augmentation more than a decade in 2010. She enhanced the size of her breasts and increased it by probably two cup sizes to C. In 2012, she underwent a rhinoplasty and got a chin implant.

Her nose before had a little bump and looked more like it was protruding from nowhere at the bottom of the forehead and in a side profile, didn’t look very Hollywood aesthetic-y. After the nose job, she got the bump removed and now she has a sharper nose. Her nose tip also appears a bit upturned than before. When she was asked why she got the nose job, Farrah said that she had hated her nose since she was 13 and insisted she got a bigger chin to balance the alignment of her face.

And while Farrah Abraham went in just for rhinoplasty, she came back with a chin implant as well, with which she could never be comfortable. It really elongated her face and it looked like her new chin could cut. She ‘was in disbelief’ about her new chin and regretted it. The plastic surgeon who sent her with a chin implant asked her to take a year and see if it would settle and if she would like it that way.

But chin implants never stood a chance. Especially because she became hyper-aware of how people would keep staring at her chin. That was the kind of attention she didn’t care for. And her mother called her a witch. That was something she would never get over.

After a year, the reality star underwent a 40-minute procedure under local anesthesia to remove the implant. She wrote in her book,

“The doctor asked me to allow one year to see if it would settle and see if I liked it without all of the swellings. I gave it a year and I was back a year later ready to get that taken out wide awake.”

The same year, Farrah Abraham underwent another breast augmentation and increased her cup size from C to D. She also started dabbling in fillers from then and received lip injections. It was at this point, due to the fillers that she started getting criticized for having too much plastic surgery.

However, those criticisms didn’t daunt her a little bit and two years later, in 2015 she again had another boob job though it was done to correct the previous botched procedure. She told Daily Mail that she had horrible burning and pain issues which were fixed by the best reconstructive breast surgeon in the Beverly Hills area.

This was not the only time plastic surgery had gone a little bit wrong. Just a few months earlier, Farrah Abraham had tried to get lip implants after which she got her lips severely swollen due to an extreme reaction to the anesthetic. Maybe that’s why she never went forward with the implants on her lips, instead settled with just fillers on her face.

And nobody can forget that time the 16 and Pregnant favorite documented her vaginal rejuvenation surgery which she had in the hopes that she would be restored to her pre-birth state in 2017.

In 2018, Farrah Abraham got a butt injection which she made her daughter Sophia watch and record, which got her backlash. But she responded by saying that it was a non-invasive procedure like getting blood work or shots and children are curious about aesthetics and health.

Just recently, on April 30, 2022, the Teen Mom alum got another butt injection to celebrate Mother’s Day and shared a clip of that. She also got facial fillers and injections around her jawline.