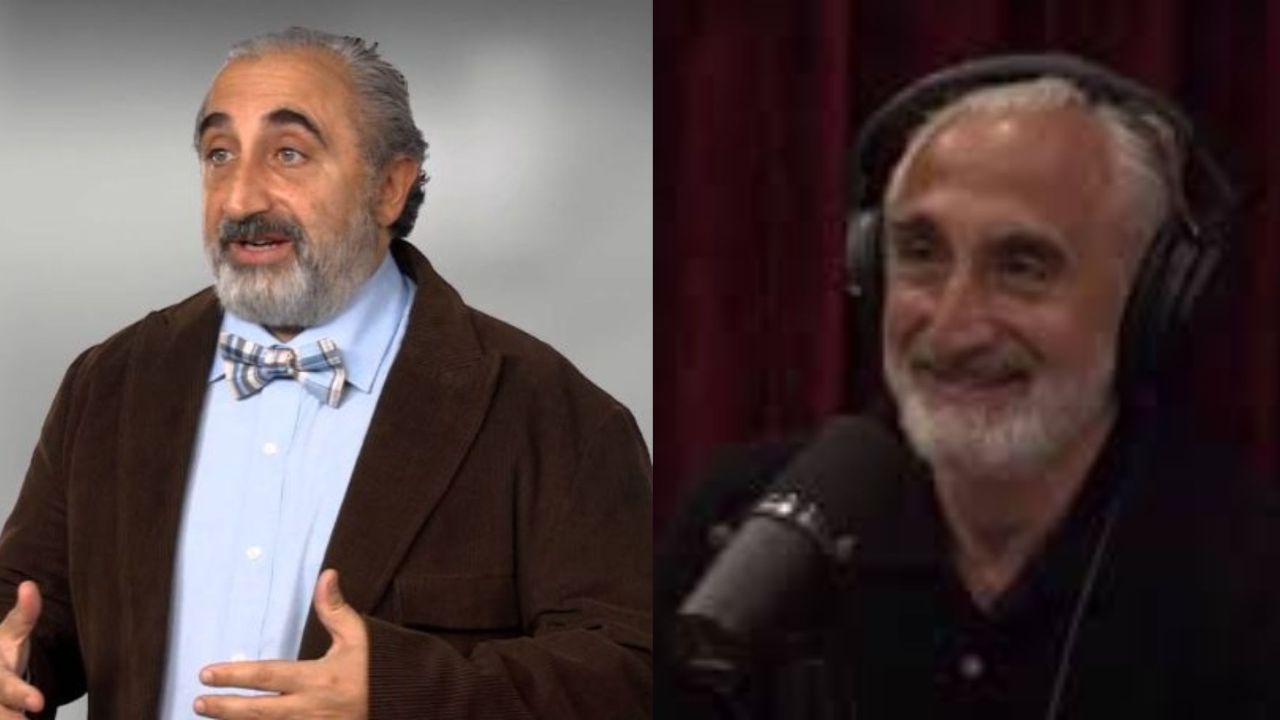 Gad Saad’s 86 pounds weight loss is currently trending on the internet. A well-known Youtuber who is recognized for his exceptional psycho-analysis, Gad Saad is an established name on the Internet. Releasing exciting content in his channel, the professor has accumulated a large amount of curiosity from the audience, but this time it’s because of his weight loss as well as diet plan and fitness routine.

A very enthralling Youtuber and a Professor of Marketing at Concordia University’s John Molson School of Business specializing in bringing evolutionary psychology to marketing and consumer behavior, Gad Saad is an interesting personality. Also, as a blog writer who writes a blog for Psychology Today titled Homo Consumericus, Saad’s internet influence is massive. He has around 22 million views on his channel The Saad Truth which is quite unique in itself.

Gad Saad is currently being talked about for his huge weight loss. From sort of overweight to a healthy body, the Youtuber has come a long way. The audience thus wants to know how the marketing professor did it. So, here’s all we know about Gad Saad’s weight loss.

Previously, we touched on the weight loss efforts of Ross Mathews and John Fetterman.

Gad Saad’s Weight Loss: How Did the YouTuber Lose His Weight?

From tweeting, “OK guys. I get it regarding exercise and weight loss. I was simply referring to the fact that I need to get into top shape & watch my diet,” to actually losing his weight and getting into his best shape, Gaad Saad’s transformation has been phenomenal and inspiring. Comparing how Gad Saad looked a while back and now, the Youtuber surely did have a noticeable weight loss. Gad joined the Joe Rogan podcast and revealed all about his recent weight loss.

Interestingly enough, Gad Saad disclosed that he lost 86 pounds. Saad now weighs 170 pounds, with a peak weight of 256 pounds. The professor also claims that he feels quite light now that he has lost weight saying his movement makes him grin with happiness. With a waist size of 33, Gad blissfully shared that his weight loss contributed to making his mind healthier too. In every facet of his existence, life has grown easier than before.

Keeping it hidden for the past two and a half years, Gad Saad thoroughly revealed all his secrets in the podcast as “Five key steps”. As to what/who escalated this healthy change, Gad thanks his wife for putting him on the correct route to fitness.

Getting to the secret of Saad’s incredible weight loss, it’s a healthy diet plan and home workout! As per his food intake, the Lebanese influencer usually misses breakfast and eats around 400-500 calorie meals during lunch and dinner. He mostly includes fish, proteins, and vegetables for his lunch for healthy mass build-up.

Sharing more on his recent healthy weight loss diet, Saad shared he eats a “fantastic salad” for dinner, which has five or six ounces of protein yet is so large that he feels stuffed. Later, he eats another small snack totaling roughly 70 or 80 calories. Calculating the amount of food he eats, around consumes 1400-1600 calories are consumed each day by Gad.

Along with hitting the gym every now and then, surprisingly he works out at his home as well. Gad Saad makes it a point to walk between 15,000 and 20,000 steps every day, no matter what, and has done so for the past two and a half years. The Youtuber owns a bike, a treadmill, and workout equipment. He also revealed that tracking his progress in staying fit and healthy has helped him stay motivated and determined enough to continue giving effort every day.

Gad Saad’s important piece of advice is to avoid the “all or nothing” mentality, noting that he instead strives to make each day a little bit better. As per the  57-year-old professor, losing weight isn’t something that happens overnight but a steady everyday step that takes quite a lot of time and effort.

Gad possesses a sizable fan base on different social media platforms. Unhesitantly sharing his story, Saad inspires many to get their lifestyle on the right track. “There are one thousand different temptations in a day for you to violate your goal and you can almost never fail,” the evolutionary psychology professor tells to his listeners in the episode of the podcast. Gad Saad also actively uses his social media profile to actively inspire people regardless of their age that they can do it if they have that fire burning.

Sharing a picture of himself with his dumbbells, Gad writes, ” The road to svelte is long and hard but you can do it.” His audience praises him and his young heart for doing it effortlessly even at the age of 57 while also following him through his weight loss transformation journey.