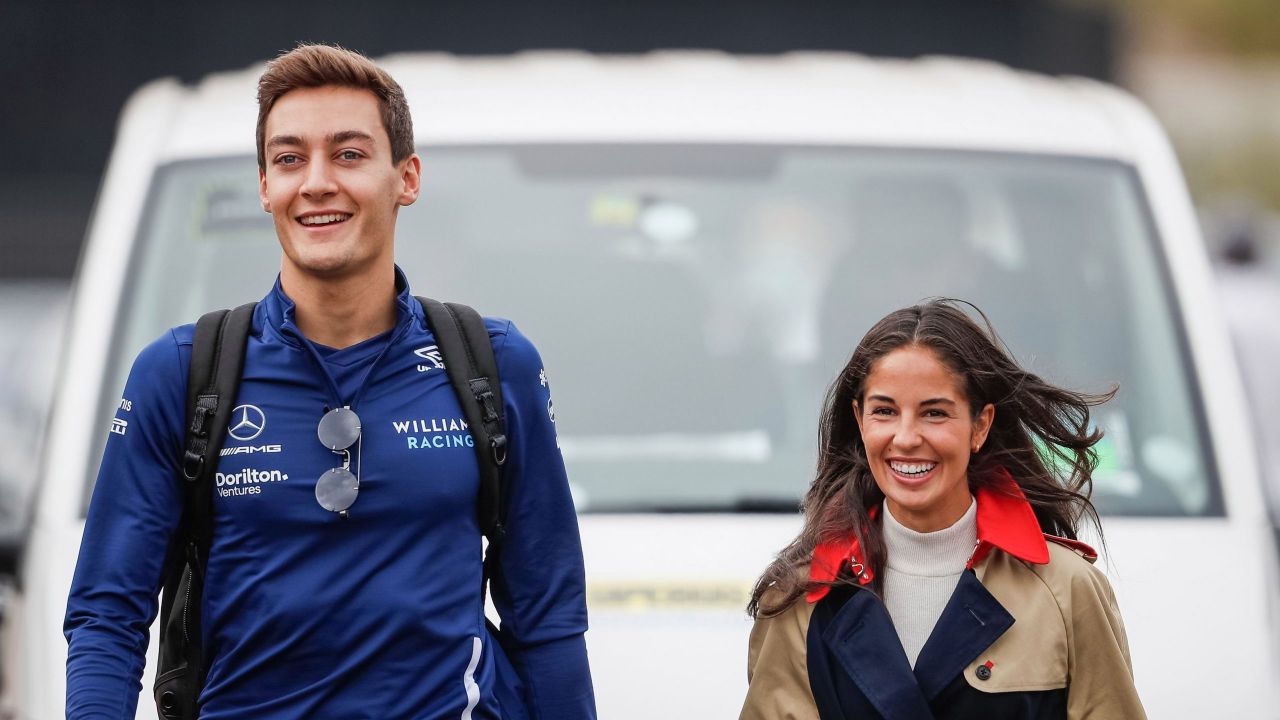 George Russell, a British race car driver who was featured in Netflix’s Formula 1: Drive to Survive, has a girlfriend Carmen Montero Mundt. George Russell’s girlfriend is a Londoner with a Bachelor’s degree in Business Management and Finance from the University of Westminster, who is currently working at an investment firm based in the UK. George reportedly began dating his now-girlfriend Carmen Montero Mundt in the summer of 2020.

George Russell is a British race car driver who currently is competing in Formula One for Mercedes. He was the 2018 FIA Formula 2 Champion for ART and the 2017 GP3 Series Champion.

In 2019, he signed for Williams and made his debut at the 2019 Australian Grand Prix. In 2020, he stood in for Lewis Hamilton at Mercedes at the 2020 Sakhir Grand Prix. He is also a part of the Mercedes Young Driver program.

George Russell is also one of the stars of Season 4 of Netflix’s Formula 1: Drive To Survive which premiered on the streamer on 11 March. Formula 1: Drive to Survive Season 4 documents the 2021 Formula One World Championship and the fierce title battle of that season between seven-time champion Lewis Hamilton and Dutch driver Max Verstappen.

Previously, we touched on Christian Horner’s net worth.

Who is George Russell’s Girlfriend?

2021 has been quite a year for George Russell (@georgerussell63). Quite notably significant things have happened in his professional life and there have been some changes in his personal life as well.

On the professional front, he scored his first point for  William Racing as well as he was named as Lewis Hamilton‘s teammate at Mercedes. This has made him a hot public figure and garnered him a lot of attention which has invited a great deal of curiosity about his life beyond racing as well.

This is to mean George Russell’s personal life. And questions like could he be available or is he taken? I have a strong hunch that racers are also much fantasized about by young women, just like rockstars. So, undoubtedly, his love life was extensively searched about.

Curiosity surrounded not only him but also his new significant other. Who is his lover? Is she anything like him? A racer? An adrenaline junkie like him? Or is she the complete opposite of him? Where did she meet him? Read to find out.

The British race driver’s girlfriend is called Carmen Montero Mundt (@carmenmmundt). She is British too who comes from London. Exactly how old she is, it is not known as she is not a public figure but is just in the spotlight for being a public figure’s girlfriend.

But going by her looks, she seems to be in her early 20s. There doesn’t seem to be much age difference between her and her boyfriend who is 24-years-old. She has obtained a Bachelor’s Degree in Business Management and Finance from the University of Westminster. Looking at her LinkedIn bio, she is currently working at an investment company W1 Investment London.

Even though George and Carmen both have chosen to keep their relationship out of the spotlight under the wraps for the most part (they don’t post about each other on their Instagram which is a kind of love language of the Gen-Z and moreover, Carmen even made her Instagram handle private after the rumors about George Russell’s relationship with her swirled around in the public), they more or less confirmed that they are dating each other to the public at the September 2020 Tuscan Grand Prix.

The love birds are reportedly said to be going out with each other since the summer of 2020 seeing as the couple had been spotted at several races together. The duo was spotted at the British GP at Silverstone.

In 2021 also, Carmen Montero Mundt was photographed at the Hungarian Grand Prix celebrating with George Russell after he finished ninth. In what possibly could be one of the best days for him in the 2021 F1 season, footage of them was captured where they were seen in an intimate embrace in the aftermath of the race.

In August, George’s then Williams teammate Nicholas Latifi made a Twitter post that revealed that George and Carmen had been holidaying in Greece with himself and his girlfriend Sandra Dziwiszek.

Besides being spotted together at race events and holidays, the pair also made an appearance together on the red carpet for the James Bond: No Time To Die World Premiere in London the very next month in September 2021.