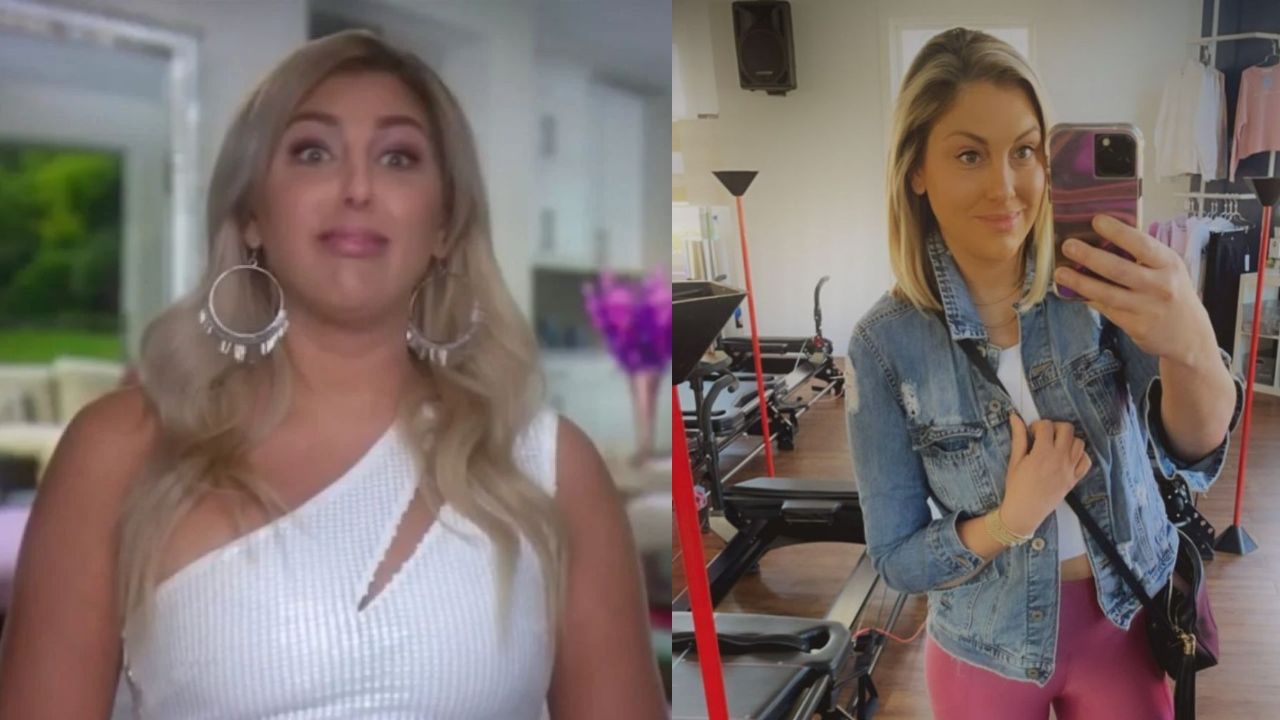 RHOC star, Gina Kirschenheiter, reportedly lost 30 pounds in 2020 and fans are curious to know about her weight loss journey. Well, she did it in a 100% natural way and simply followed a typical diet and exercise routine and succeeded to lose extra weight in just 9 months.

Gina Kirschenheiter is an American reality television personality and former flight attendant who is most known for her role on Bravo‘s reality show The Real Housewives of Orange County as one of the newest cast members.

After moving from Long Island, New York to Orange County, California, she joined the long-running show in its 13th season in July 2018.

Kirschenheiter was married to Matthew Kirschenheiter while the show was shot, but they divorced before the show aired, and she was described on the show’s webpage as “a single mom of sorts”.

Despite the fact that her husband did not appear on the show, the details of her personal connection with him have been a regular feature of the show in its most recent season.

During the pandemic, Gina gained a few pounds and realized it was time to lose some weight which she definitely did. Fans are curious to know about her weight loss journey. Let’s find out what actually gave her extra weight and what helped her to get back in good shape.

Previously, we touched on the weight loss efforts of Eleanor Neale and Tiffani Faison.

Gina Kirschenheiter lost 30 pounds while filming the 15th season of The Real Housewives of Orange County in 2020, and she revealed how she achieved it in an interview with Hollywood Life on November 7.

Gina revealed that she lost that amount of weight in nine months since the cameras began filming the episodes and that she went the traditional route of diet and exercise.

According to Gina (@ginakirschenheiter), she never had any problem because of her weight. However, the Bravo star knew it was time to change up her lifestyle after she found out that her pants didn’t fit her anymore. She found it problematic and decided to transform her body.

During the pandemic days, Kirschenheiter developed an unhealthy lifestyle, which she has finally overcome. She claims that the pandemic didn’t let her work or even go outside. As a result, she ate whatever she wanted and did nothing to burn those calories which later made her look heavier.

Gina began taking hot yoga lessons after deciding to get healthier and lose weight. Kirschenheiter also followed a healthy diet and did exercises to shed that extra 30 pounds. When questioned if the Bravo star had cut back on particular meals, Gina stated that she stopped consuming alcohol. She explained,

For me, wine is the killer so I don’t keep it in the house and I don’t drink during the week. I try to make rules like that unless we don’t have the kids and it’s date night.

In the same interview, Kirschenheiter also praised her boyfriend, Travis Mullen. She said that Travis never had any problem with how she looked but is happy for her transformation. She revealed that Travis always supported her at her every step, in addition to being a very kind and loving boyfriend.

Gina Kirschenheiter and Shannon Beador‘s drama continues on The Real Housewives of Orange County. Shannon approached Gina alone at Dr. Jen Armstrong‘s event last week to confront her about how she supposedly feels she is jealous of her.

Shannon stated she’s “still reeling” from Gina accusing her of not having enough close friendships as the fight continued on Wednesday’s show. Kirschenheiter was then accused of making no attempt to be her friend, according to her.

When Shannon and Heather finally talked about the drama, Heather said Gina probably doesn’t feel supported by Shannon. She possibly believes Shannon is upset over the good position she’s in right now, according to Heather. Noella Bergener, on the other hand, defended Shannon, saying she disagreed with Heather’s viewpoint.

Kirschenheiter confessed to her friend Tatiana Beene later in the show that she was nervous about Shannon’s likely behavior at her skincare brand’s launch party. Shannon, on the other hand, greeted Gina with a hug and a present when she arrived.