Hannah Kae Before Plastic Surgery: What Do Reddit Users Say? 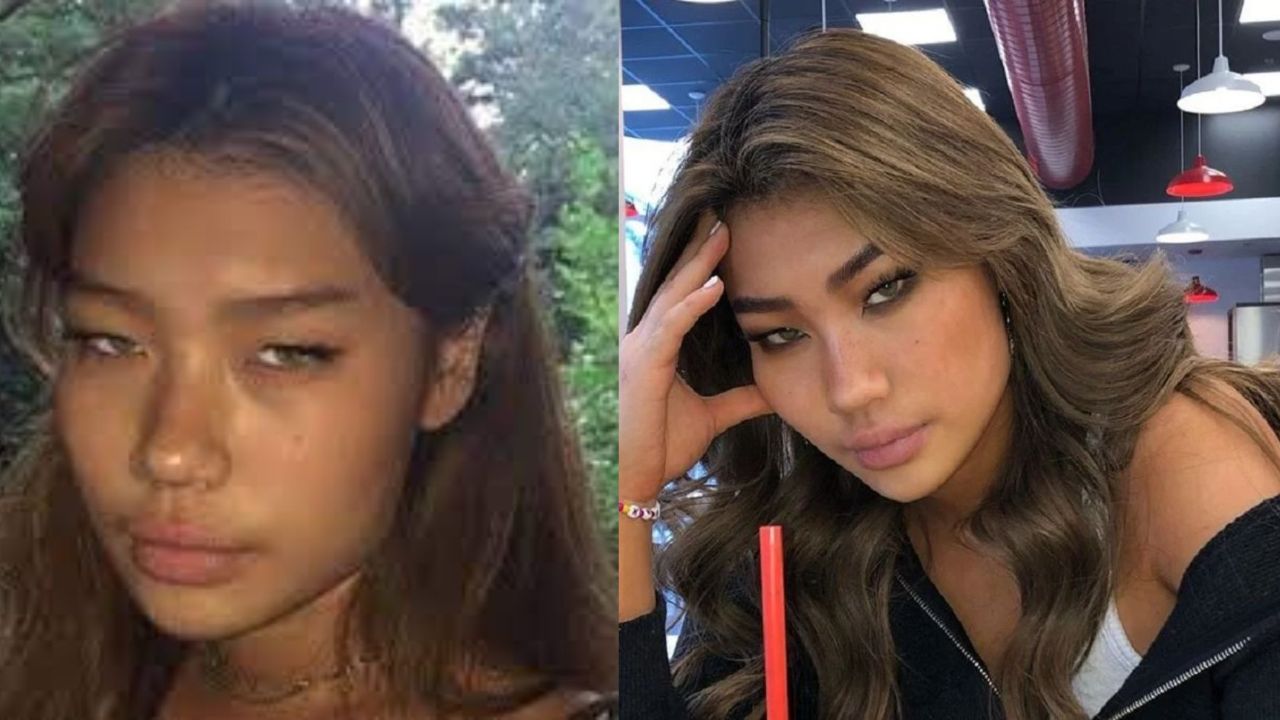 Hannah Kae has had multiple plastic surgery procedures including fox eye surgery, brow lift, nose job, buccal fat removal, jaw reconstruction, and BBL. The social media influencer has hinted that the changes in her face are due to weight loss. Reddit users don’t believe it. Hannah Kae has denied all the plastic surgery speculations. She only ever talked about getting a nose job to fix her deviated septum.

Hannah Kae is a Canadian social media influencer who first started gaining prominence after her dancing videos went viral on TikTok. She is also a fashion model who is signed to Evolve Model Management. She has modeled for brands such as Fashion Nova and has appeared in various fashion magazines. She also has a YouTube channel with the same name, where she posts videos about fashion, modeling, and lifestyle.

The young TikToker was born on November 29, 2001, in Hamilton, Ontario, Canada, to a South Korean family. She grew up there with her sister named Lydia. After falling in love with modeling in high school, she decided to pursue it as a career at a young age. Her undergraduate studies are currently being completed at a reputable Canadian university.

Hannah Kae had completely transformed herself with the help of plastic surgery or at least that’s what people think because she looks completely different than before. She had a fatter and chubbier face before. Some believe she has gotten just a nose job and eyelid surgery while others speculate that she has had more. Check out the pictures of Hannah Kae before plastic surgery!

Also, check out the stories of the plastic surgery of Anya Taylor-Joy and Florence Pugh.

Hannah Kae Before and After Plastic Surgery: Reddit Users Couldn’t Believe She Is Having Surgery When She is Just 20!

Hannah Kae (@hannahkae27), according to discussions on Reddit, has had multiple plastic surgery procedures including fox eye surgery, brow lift, nose job, buccal fat removal, jaw reconstruction, and BBL. She has had a massive physical transformation but she has never confirmed that she has had any sort of surgery except for the time she said that she would be getting a nose job.

Hannah Kae used to have a fatter and chubbier face before she got a much more sculpted face. Her face has completely changed and is noticeably slimmer and pointer now. People were always going to speculate about plastic surgery. However, she has hinted that the change in her face is due to weight loss. She said that she used to be 160 pounds before she lost all that weight which transformed her.

However, Reddit users are not falling for that. They have carefully examined her before and after pictures and come to the conclusion that she has had plastic surgery done to alter every facial feature, her eyes, her nose, her chin, her cheeks, everything. They believe that she has had a fox eye surgery and a brow lift to give her eyes that slanted look. Some also think she has more lid space compared to before which could be due to double eyelid surgery.

The discussion thread on Reddit about Hannah Kae’s plastic surgery has many comments that she has had buccal fat removal and lip fillers. She has more sculpted and toned cheeks now. She used to look puffier before. However, many argue, and she herself has hinted that it is due to weight loss and that’s just her losing baby fat. She is also believed to have had a nose job.

Besides changing her face, the social media influencer supposedly got a mini-BBL and transformed her body. Though this claim is much debated. Many think even with all the other plastic surgery, BBL seems too extreme for a 20-year-old.

Hannah Kae has denied having plastic surgery in 2019. However, the young social media star has mentioned getting a nose job previously. On January 31, 2022, while answering fan questions on Instagram, she talked about getting a nose job. One person advised her not to get a nose job rather than asking her a question.

Ignoring that, Hannah Kae sought advice from her fans because she was nervous about undergoing plastic surgery.  The vast majority of them advised her not to have the surgery. They warned her that the surgery would leave a scar. They also mentioned how different the nose would feel. Some said her nose was perfect before surgery and she doesn’t need a nose job.

However, Hannah Kae was set on getting plastic surgery on her nose as fans came to know when she responded with a selfie and stated that her septum needed to be repaired. She told her fans and followers that she would get a nose job in June 2022 if she had enough money by then.

The internet sensation had mentioned getting a nose job in late December 2021 and looks like she went ahead with the plastic surgery as her nose definitely looked different before. Though her nose job was supposed to be for the purpose of correcting her deviated septums, looks like she got other ideas. Like the idea of shaving the small bump on her nose and narrowing her nostrils.

The social media star’s plastic surgery procedures have extensively been discussed on Reddit. Besides the changes to her nose and her eyes and cheeks, she seems to have changed her jaw and chin as well. In comparison to her before photos, her jaw and chin appear slimmer and more pointed.

Hannah Kae is engaged to fellow TikTok star Ned Jeong, with whom she has been dating for some time. In 2021, she was chastised for allegedly enabling her boyfriend to sexually assault children. Sexual assault, pedophilia, and grooming minors were among the charges leveled against him.

However, her fans drew parallels between her appearance when she first rose to fame and after she began dating Ned, concluding that she had been gradually infantilizing herself to fit his need to love and sexualize children.

Hannah Kae responded to the allegations in February 2022, admitting that she did change her appearance, but it was not to encourage bad behavior. She stated that after being sexualized at a young age, all she wanted to do was look cute and be herself.