Harald Sigurdsson’s Wife: Everything You Need to Know! 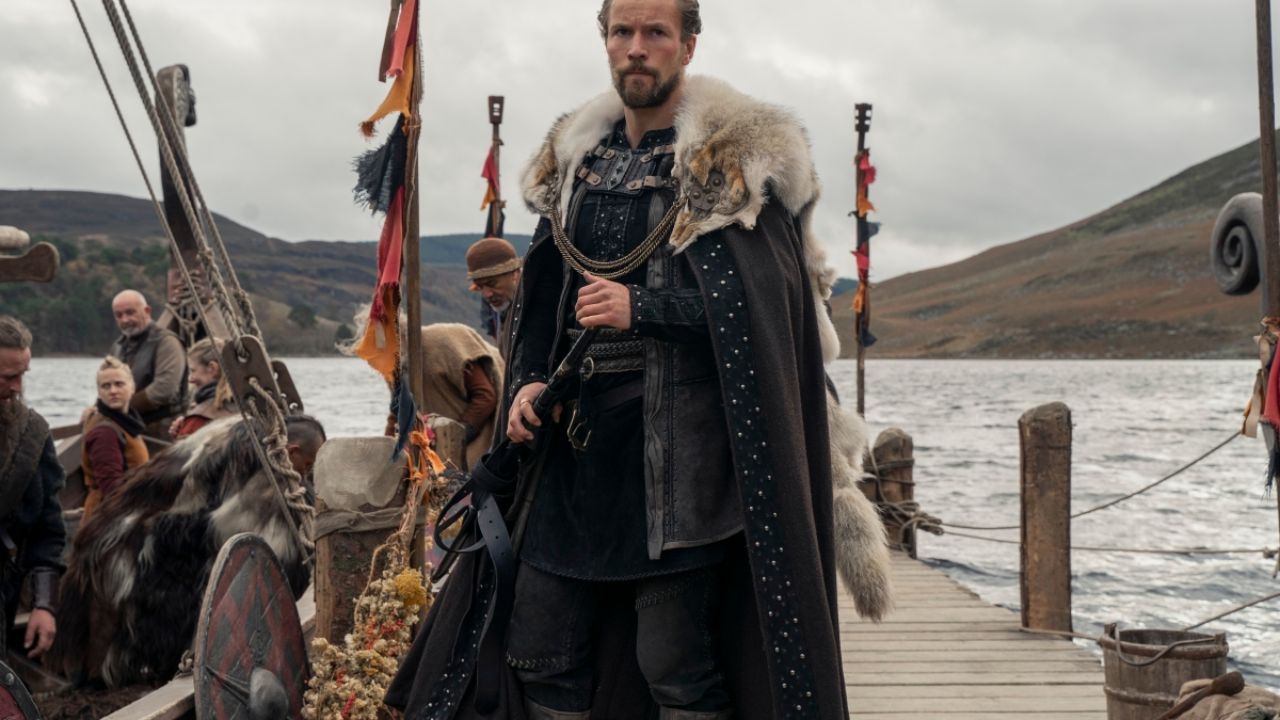 Harald Sigurdsson, also known as Harald of Norway, was the King of Norway from 1046 to 1066. In Vikings: Valhalla, which is set in 1002, we see Harald on a mission to retaliate for the dead Vikings against the English. He is a relatively open-minded Viking who has taken up Christianity.

In the Netflix show, Harald is not married yet whereas, in real life, he got married later and has two wives.

Previously, we touched on the Vikings Valhalla filming locations.

In real life, according to the sagas, Harald Sigurdsson, mostly known as Harald Hadrada was married two times. He first got married to Elisaveta Yaroslavna of Kyiv, which happened sometime in 1044/1045.

Harald and Elisaveta had children together though it is unknown how many. But according to Snorri Sturluson, they had two daughters Ingegerd and Maria. In 1048 Harald Hardrada married Tora Torbergsdatter and together they had two sons Magnus and Olaf.

The events of Vikings: Valhalla kicks off with the St. Brice’s Day massacre, which took place on November 13, 1002. Since the timeline doesn’t add up, the series doesn’t show Harald Sigurdsson’s wife.

Though Harald’s wives are not a part of the show, that does not mean that Harald didn’t enjoy the company of women. Very soon after he befriends Leif and Freydis, he develops a romantic relationship with the latter.

Despite being from very different worlds, with Freydis having strong faith in the Pagan beliefs and Harald being a Christian, in a time when Vikings were fighting amongst themselves due to the non-alignment in their beliefs and religion, Harald and Freydis saw romance blooming between them.

Their romantic relationship with each other was evidenced when Harald saved Freydis from a death sentence for killing one of Olaf’s men. And even in the battle that concluded season 1 of the show, where Freydis and Harald were fighting on opposing sides, Freydis helped a wounded Harald out of harm’s way during the battle in Kattegat.

Though like Vikings, its spinoff has also taken creative liberties in the historical events, like altering the dates and blending different people into a single character as well as mixing up stories as convenient to create a more compelling and dramatic narrative.

The story of Vikings: Valhalla kicks off with the St. Brice’s Day massacre in 1002, which saw lots of Vikings perish. Harald Sigurdsson crosses paths with Leif and Freydis and befriends them as all of them and, they set together to get revenge on the English for killing their Viking brothers. Harald has a personal motivation tied to this revenge mission as his brother was among the ones slain.

On learning that the English King Aethelred the Unready, the one who is behind the death of Norse men living in England, was already dead, he decided to make Aethelred’s son Prince Edmund pay for the crimes of his father and declares that he will kill him.

But King Canute demands that Prince Edmund be alive. At that point, when he was still allied with Canute, he feels kind of betrayed and feels that he traded his brother’s honor for the crown of Norway. In the final episode, Harald Sigurdsson changes his allegiance to antagonist Jarl Kare and is fighting for the opposing side.

However, since Valhalla has notably fudged the dates, which has created a lack of historical authenticity by blurring the waters between real historical timelines and the timelines of characters in the show, it went down different in real.

In real life, the massacre was avenged by Sweyn Forkbeard who is completely omitted in the show’s narrative. Moreover, this whole event transpired before Harald was even born. He was born in 1015 whereas the events and the show started in 1002.