Heidi Montag's Plastic Surgery: Check Out The Hills Star's Before and After Pictures! 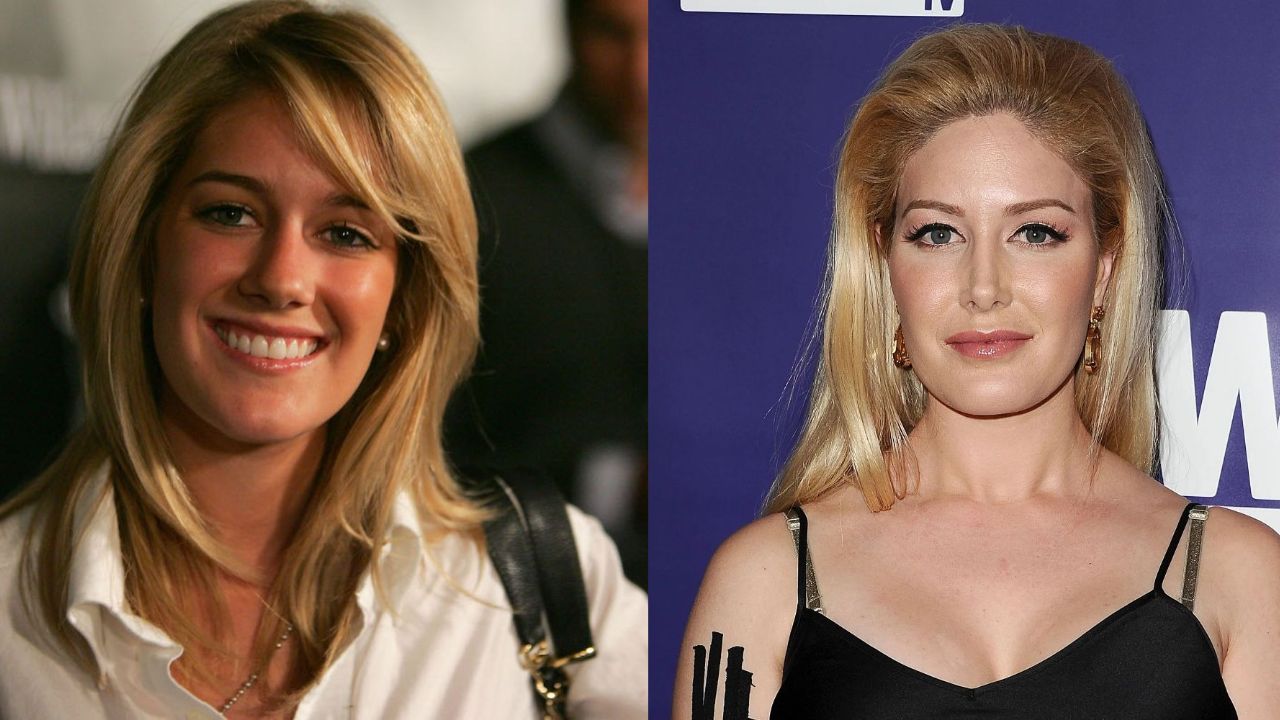 Heidi Montag's plastic surgery is being widely talked about after the recent news of her pregnancy. The Hills star once infamously had 10 different plastic surgery procedures including a relatively unknown back scoop surgery in a single day. Heidi Montag now wishes she had not made such a decision when she was so young.

The reality star was born on September 15, 1986, and raised in Crested Butte, Colorado. She briefly attended the Fashion Institute of Design and Merchandising during the production of The Hills and was employed by an event planning company, and now she has launched a line of hair care products. She has also released music, which could not perform well commercially.

Anyway, Heidi Montag recently announced her second pregnancy with her husband Spencer Pratt. Being on the news, people couldn't help but remember the time she had ten different plastic surgery procedures in a day. Continue reading to find out more than his plastic surgery!

Previously, we touched on the plastic surgery stories of Behind The Candelabra scenes and Bernadette Peters.

Heidi Montag's Plastic Surgery: Why Did The Reality Star Have 10 Cosmetic Surgeries In Just A Day; She Also Had A Back Scoop Surgery!

What plastic surgery has Heidi Montag (@heidimontag) had? I think it would be easier and faster to answer what cosmetic surgery procedure she has not had. But still, to list out the plastic surgery she had, Heidi Montag has had a mini brow lift, botox in the forehead and frown area, nose job, fat injections in cheeks, nasolabial folds, and lips, chin reduction, neck liposuction, ears pinned back, breast augmentation, liposuction on the waist, hips, inner, and outer thighs, and buttock augmentation.

In 2006, when Heidi Montag was cast in the MTV reality television series The Hills, she probably thought she was only going on an upward spiral of success seeing as she had broken into the entertainment industry. But little did she know that when she would arrive in LA to begin her career, she would relearn the concept of beauty, catch that body dysmorphia thing that would lead her to alter every minute thing on her body which would put her in a great deal of suffering, which is so not a part of success she probably dreamt of.

The first thing she noticed as she stepped into the city of LA is that everyone had the biggest boobs and she was flat which made her insecure. So, just a year in the city and she went to have a nose job and a breast augmentation. But by then, she was never going to be satisfied with just those. She had developed body issues greater than just those two plastic surgery procedures could solve.

So, two years later, in 2009 on November 10, Heidi Montag turned up at the Beverly Hills office of her plastic surgeon Dr. Frank Ryan with Spencer Pratt and had the longest session where she underwent 10 plastic surgery procedures all at once. About having tonnes of surgery, she said,

"For the past three years I've thought about what to have done. I am absolutely beyond obsessed."

Heidi Montag, that day, probably broke some kind of record there when she spent 10 hours under the knife. She had to take seven weeks to recover in secret, after which she opened up about all the plastic surgery she had and the reasons for that in a candid interview with People.

Heidi Montag, when asked why she had all that crazy plastic surgery, answered that it was to feel perfect. After she moved to LA, she was constantly reminded of her having a 'Jay Leno chin' when people would circle it on blogs and she became very self-aware of her ears which would stick out 'like Dumbo' in The Hills. She felt like an ugly duckling because of it and hoped to become confident one day.

The reality star's ultimate dream when she started out in The Hills was to be a pop star, the competition for which she realized was fierce. And she didn't fail to observe that Britney Spears, it pop girl of that time, had sex appeal which sold when she was in her prime. So, she gave a lot of importance to her appearance since looks mattered and it was a superficial industry.

And Heidi Montag was convinced that a single plastic surgery was not going to be enough and she decided to go undergo all those different cosmetic surgeries all at once. Because she wanted to go under anesthesia only once, instead of going under again and again. She felt that it was safer that way. Plus, she was busy that time as her album had just come out, she was launching a line of hair products, and she was scheduled to start filming for The Hills.

After the ten different plastic surgery in a day, one of which included a back scoop surgery, a relatively unknown surgery, upon waking up, the television personality was in pain like she had never felt before. She said,

The pain was everywhere-my head felt like it had a jackhammer on it. I couldn’t talk because of my jaw and chin. When I saw Spencer, I started crying hard, and I was like, “I feel like I wanna die right now. I’m in so much pain. I don’t know what to do.”

Because of the extreme pain, Heidi Montag took Demerol which slowed her breathing and she had to be rushed with an oxygen mask over her face. All in all, she went through a lot and even had a death scare too many times. Her heart even briefly stopped during her recovery. But even after going through all that, she didn't even mind that because as she said, she had never felt more beautiful and sexier and more confident.

Everyone always shows you the before and after pics. They don’t show you how devastating the recovery is. I don’t regret a lot of my enhancement, but plastic surgery isn’t something that should be glorified. Take it seriously.

She further added that she is not against plastic surgery and believes people can do what they want with their own bodies but hopes that people understand the not-so-pretty realities of body alteration.