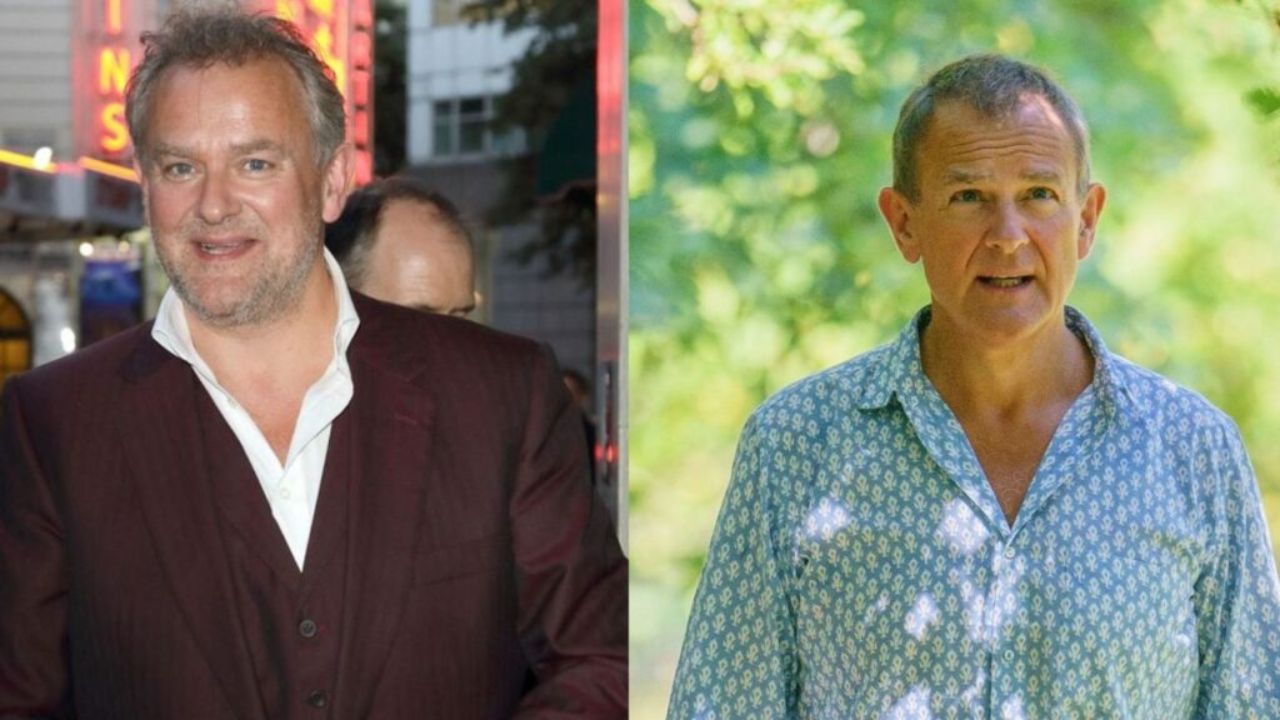 Hugh Bonneville’s dramatic weight loss is one of the things that’s much talked about currently. While the Downton Abbey actor is very quiet about it, his Instagram posts and public appearances have kept people discussing it. Some people even think that he may have undergone weight loss surgery. Hugh Bonneville once had revealed in 2009 that he had begun his weight loss journey by incorporating workouts and taking no-carb diets in the evenings after his wife said he was as fat as a pig.

Hugh Bonneville is an English actor who is best known for portraying Robert Crawley, Earl of Grantham in the ITV historical drama series Downton Abbey. His performance on the show has earned him a nomination at the Golden Globes and two consecutive Primetime Emmy Award nominations, as well as three Screen Actors Guild Awards.

Before he did Downton Abbey, he was famous for playing the bumbling Bernie in Notting Hill. He is also known for playing Mr. Brown in the Paddington Bear movies. He has also appeared in movies like Iris, and The Monuments Men. He is next appearing in the Netflix film I Came By.

Hugh Bonneville is currently making a splash with his dramatic transformation with the significant weight loss he seemed to have during the lockdown.

Previously, we touched on the weight loss efforts of Lisa Marie Riley and Finn Wolfhard.

Hugh Bonneville (@bonhughbon), in recent months, has taken everyone by surprise with his incredible body transformation and weight loss. He had never been on the fitter or thinner side of things but now, things have changed for him. The transformation, though, seems significant and clearer now more than ever but the process behind it was gradual.

Hugh Bonneville has never been the kind of actor who used his looks to get good roles. Not that his body type ever fit the main character part. His body frame combined with his acting skills got him typecasted in the role of a character actor. You have never seen him in glamorous roles. In fact, he used to say he was often the guy who didn’t get the girl. The situation was not the most ideal for him but he was getting and doing all those character actor roles to do anything about it.

But his attitude towards his fitness and body did a full 180 when his wife made a jibe at him that went a little too far to just take it in stride. As he revealed to Telegraph in 2009, when he returned home after filming the BBC archaeology drama Bonekickers, his wife took one look at him and welcomed him with words that never stopped ringing in his ears, ‘You are as fat as a pig.’ That did it. Earlier he just sort of ran with it, but now he was going the route of weight loss.

Hugh Bonneville spared no time in hiring a personal trainer before embarking on the journey of weight loss. He recruited a guy named Grant whom he calls Grunt- I guess because of all the exercises he made Hugh do. He didn’t just make him work out, but he also made a major diet overhaul. Before, Hugh had always leaned on the heavy diet consisting of bacon butties and pasta. Now he had to cut the carbs out. Though he started it slowly with a no-carb diet in the evening.

With the diet and the workouts, Hugh Bonneville slowly had a weight loss and became slimmer which is a lot for a guy who ‘has to wear a bra’ in the gym. And although he began leading a much more active and healthy lifestyle having incorporated several workout regimes in his daily life and following the no-carb diet in the evenings and reducing food portions overall, he was unable to have a significant weight loss and so there was no major transformation.

But his journey of fitness had to have a definite result sometime and it did. Hugh Bonneville came out of the first British lockdown with significant transformation having lost a lot of weight. Well, we know now how he spent his time when there was the lockdown.

Fans got to see the new fitter-than-ever Hugh Bonneville for the first time when he made an appearance on the BBC chat show The One Show in August 2021. There he made his public debut of his new slimmed and trimmed down look in a pink open-necked shirt and drastically shorter haircut, and got people talking about his dramatic weight loss.

Many of them took time to even recognize who he was, and on recognizing him, they were left stunned by Hugh Bonneville’s incredible body transformation. All of them went on Twitter to talk of how unrecognizable he had become because of the dramatic weight loss. One wrote that he is half the man he used to be, which is an apt description of just how thin he had become.

However, Hugh Bonneville didn’t do a victory tweet on Twitter in response to the comments of appreciation for him about his weight loss. In fact, he didn’t acknowledge it at all. Any mentions of weight loss he did were just that once he did in an interview with Telegraph. Not a peep from him since then. So, if he had any extensive workout sessions in the lockdown and another diet overhaul, then we don’t know that because he didn’t tell. Because he has remained so tight-lipped about it all, some people even believe that he may have had a weight loss surgery.