Is Donald Trump Good at Golf? The Former President Is Not a Professional Golfer but Enjoys Playing the Sport; Handicap & Swing! 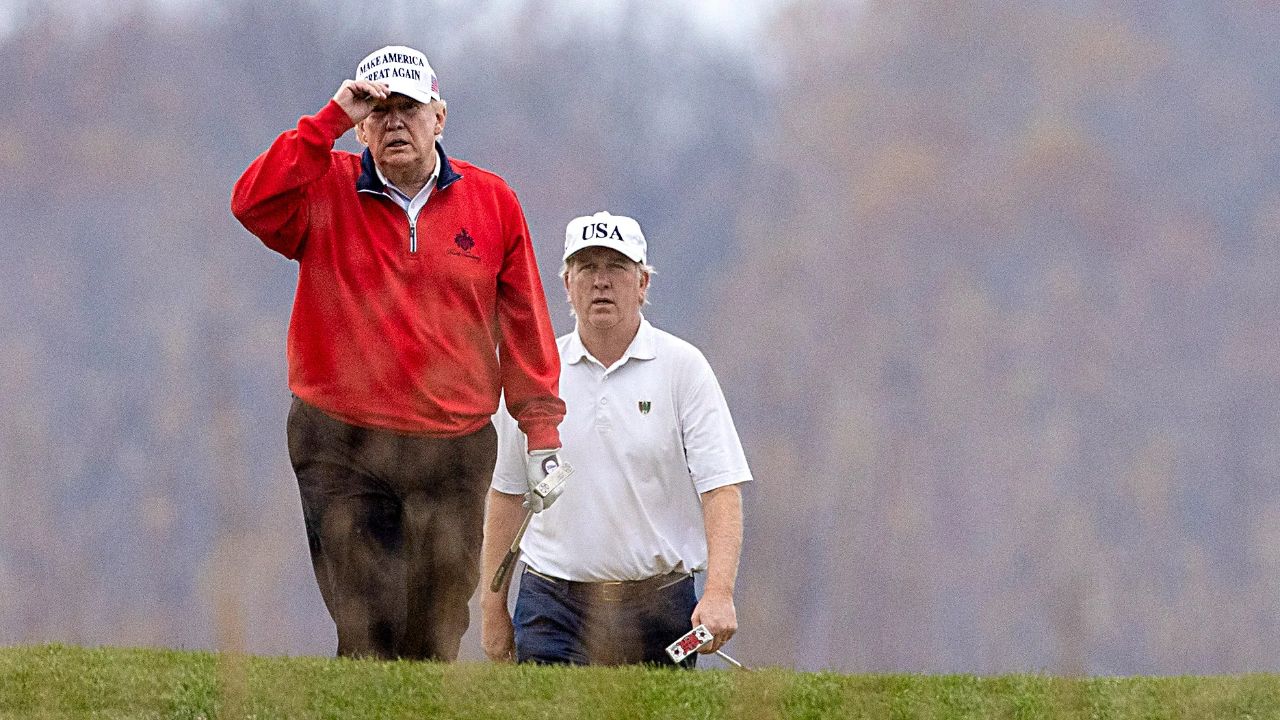 ‘Is Donald Trump good at golf?’ is currently trending as the former President was seen playing golf at LIV Golf’s pro-am event at Donald Trump’s Bedminster golf course in New Jersey. Well, he has a handicap of 2.8 and ranks no.1 on the presidential golf handicap list. Despite the fact that he does not have a good swing, many professional golfers believe he is pretty good at the sport. Follow the article to know how good Donald Trump is at golf in detail.

Donald Trump served as the 45th President of the United States from 2017 until 2021. He was an effective businessman and television personality before serving as president. He entered national politics in the early 2000s and set his sights on the presidency as he broadened the range of his ambitions.

Many people have criticized the former president for hosting the Greg Norman-led and Saudi Arabia-supported series, particularly a group of 9/11 families who held a moving protest on Friday morning before the round started. Despite the outside controversy, the atmosphere on the grounds is much like that of the last LIV competition in Portland, with spectators ignoring the issue and embracing the golf.

Donald J. Trump owns 17 golf courses worldwide. The former US president is the owner of over ten only in the US. Trump’s passion for golf and his ongoing efforts in the game’s lucrative business both are very well known. But is he good at golf?

Is Donald Trump Good at Playing Golf? Is He the Best President Golfer Ever? Handicap & Swing!

It may be unfair to compare Donald Trump (@realdonaldtrump) to some of the best golfers in history, but Trump has claimed to have won every major tournament at the courses he owns. Trump sees himself as an instinctive golfer. Although hips play a role, most of his skills are experimental. As a golfer, Trump’s main strength is his ball-striking ability.

According to Golf Digest, Trump has a handicap of 2.8, which indicates that based on his greatest scores, he could potentially play a game of golf at 2.8 strokes over par. He can shoot low since his best round of golf, as indicated by his handicap index, is a 70. He, without a doubt, ranks top in the presidential golf handicaps.

Donald Trump and Tiger Woods have frequently shared the course during the course of their long-standing friendship. Trump has a powerful swing and a long drive for his age, according to Woods, who has never expressed an opinion on the former president’s politics.

Additionally, Jack Nicklaus has played golf with several presidents and considers Trump to be the best of them all. Nicklaus describes Trump as a decent player who enjoys the game but doesn’t complete many holes. He also said that Trump played a little as he does.

In addition to his abilities, Trump is regarded as a bad sportsman. He neither wins humbly nor loses gracefully. He was seen on camera smashing his club at West Palm Beach in March 2021 after a poor swing.

Recently, Bryson DeChambeau and former President Donald Trump were playing together during Thursday’s pro-am ahead of LIV Golf’s forthcoming event at Trump’s course in Bedminster, New Jersey. After playing a round of golf with Trump, Bryson DeChambeau left feeling very inspired. He explained,

“He’s actually a really good golfer. He stripes it down the middle of the fairway and has good iron game and putts it pretty well. But it was an honor. I mean, anytime you get to play with a president, whether passed or sitting, it’s just an honor, no matter who it is. Very lucky to have a relationship with him, and he’s always been generous to me.”

This week, the LIV Golf Invitational Series will be held at Donald Trump’s Bedminster golf course in New Jersey. Despite all of the criticism that the contentious new league has received, particularly this week, had a lot of positive things to say about Saudi Arabia, the country that is funding the project.

The third tournament for LIV Golf this week has attracted a lot of criticism from the families of 9/11 victims. About 50 miles separate Trump National Golf Club Bedminster from New York City. The 2001 attacks have been linked to Saudi Arabia. Families protested the event outside the golf course and asked Trump and others to cancel it. As expected, the former President ignored the protest and decided to enjoy the game.

Donald Trump participated in the pro-am event on Thursday together with Charles Barkley and Caitlyn Jenner, among other noteworthy figures. Trump has been promoting the LIV Golf series on social media and is a huge backer of it. That probably won’t change anytime soon.