Is Hunter Doohan Gay? Is the Wednesday Cast Married? Does He Have a Husband? 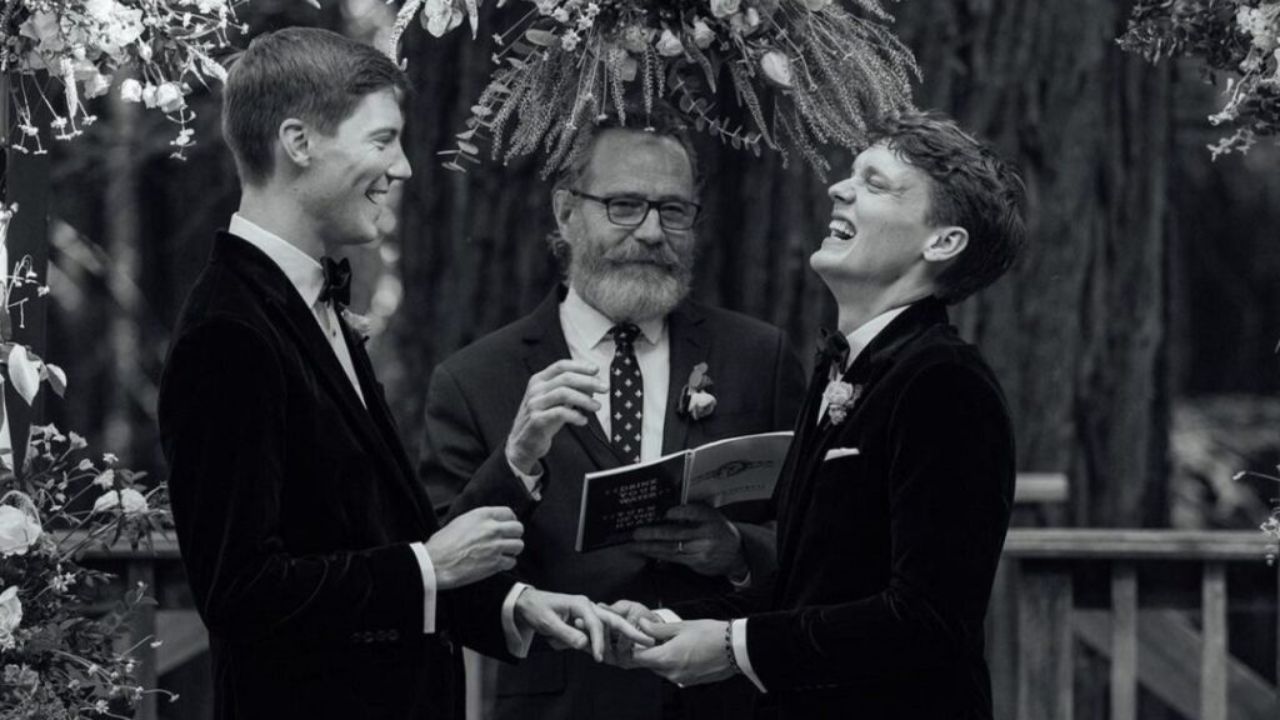 Hunter Doohan, one of the cast members of Netflix’s Wednesday, is openly gay in real life. Yes, the 28-year-old actor has been open about his gender since his very early days and is even currently married to his husband, Fielder Jewett. The couple got married on 31st December 2020.

Wednesday is a Netflix coming-of-age fantasy rendition of the Addams Family, characters created by American cartoonist Charles Addams. The main character, Wednesday Addams, who has attended eight different schools in the past five years, is the focus of the story. Although her parents are proud of their brilliant and independent daughter, they nevertheless want her to grow up in a typical setting with friends and a variety of life events. So they choose to enroll her at the boarding school they attended, Nevermore Academy.

Likewise, Tyler Galpin, played by actor Hunter Doohan, is a pivotal character in Wednesday. He is the son of Donovan Galpin, the Sheriff of Jericho. Wednesday first meets Tyler at his workplace, the Weathervane Cafe Bakery, and he promises to help her escape Nevermore. As the series progresses, the two of them become more romantically involved.

Similarly, there’s a discussion going on the internet that the Tyler actor, Hunter Doohan, is gay in real life. While some people deny the statement, others are curious to know if it’s true. Well, let’s find it out.

Yes, Hunter Doohan Is Openly Gay in Real Life: The Wednesday Cast Has Been Happily Married to His Husband, Fielder Jewett, Since 2020!

Hunter Doohan (@hunterdoohan), who plays Tyler Galpin in Netflix’s Wednesday, is gay in real life. He is exceptionally open to general society about him being a gay actor. Although we cannot say with certainty when he first appeared, we are certain that he is happy with his sexual orientation.

Additionally, Hunter is happily married to his husband Fielder Jewett (@fielderjewett). They got married on 31st December 2020. The couple also shared some beautiful photos from their wedding, which was officiated by Hunter’s Your Honor co-star Bryan Cranston, on Instagram. However, the rest of the details of the marriage ceremony are unknown.

Fielder Jewett is a California-based producer whose incredible work has been featured in several films. He graduated from Wesleyan University with a Bachelor of Arts (BA) in Film Study and has worked as an Associate Producer on the independent movies Imperial Dreams, Bleeding Heart, and All the Wilderness. He also contributed to the films Rosy and The Disappearance of Sidney Hall.

Although the couple’s first photo was posted on June 10, 2018, it is unknown when their relationship officially began. Hunter and his husband Fielder were pictured on a camping trip together. According to the way Hunter wrote his caption, he was not a fan of camping before meeting Fielder. There were also comments from family members on the photo confirming this.

After the post, Hunter and his husband became hugely popular among the fans. There were numerous comments on his Instagram page about how good they look together in the two collections of pictures he has posted. There were also some pretty thirsty suggestions in the comments section.

On August 29, 2020, Hunter posted another set of photos from a camping trip, with his husband. They appear to have trekked the mountains for a camping trip, and Hunter appears to have completely clashed with those who enjoy camping.

Hunter Doohan’s Instagram page has fewer than 40 posts. And there are only two images with his partner, but it appears that they adore each other whenever they are together. Even their families think the couple is cute, which they definitely are.

Hunter Doohan was born on January 19, 1994, in Fort Smith, Arkansas, USA. He is an Australian native whose initial career goal was to obtain a Bachelor of Fine Arts in theatre from Oklahoma City University. Nonetheless, he spent the summer in Los Angeles as an intern for casting director Elizabeth Barnes. Then he decided to take a break from school in order to find himself a manager. He worked his day jobs for the next four years while also taking acting classes and enrolling in a two-year program in Santa Monica.

His first feature film role was in the 2016 American film Coffee House Chronicles: The Movie, where he played Owen. This was his first film role. In addition, he played the protagonist in the American films Where We Disappear (2019) and Soundwave (2018). Similarly, Doohan signed with United Talent Agency (UTA) in the year 2020.