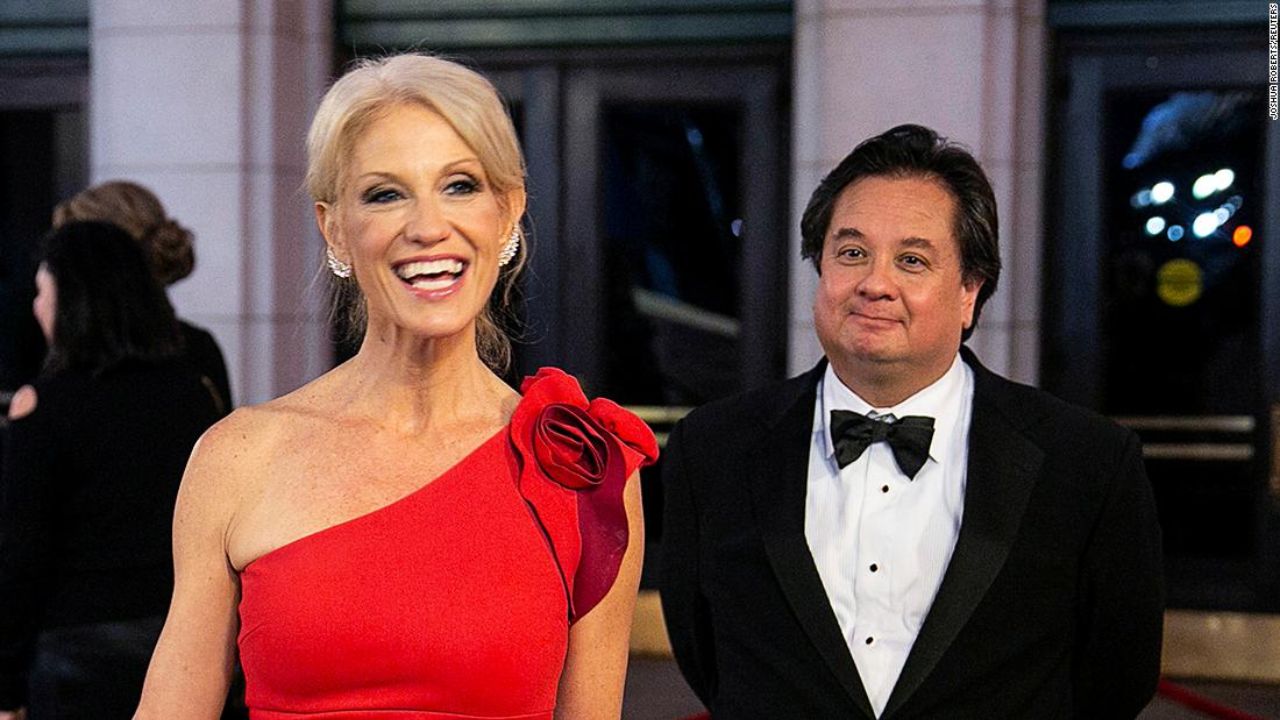 ‘Is Kellyanne Conway still married to George Conway’ is the question that’s on everyone’s minds since her memoir Here’s the Deal was released, in which she talked about the strain her husband’s public outbursts on Twitter about Donald Trump, her former boss, had on her marriage. So far, she has been vague whenever asked if she is still married to her husband. In an interview with CBS Mornings, it came out that both Kellyanne Conway and George Conway were not wearing their wedding rings.

Kellyanne Conway is an American political consultant and pollster who prominently was in the inner circle of former President Donald Trump, one of the most controversial political figures in America. She served as Senior Counselor to the President in his administration from 2017 to 2020. Her association with Trump began much earlier in 2013 when she conducted private polls for him at the time he was considering running for governor of New York.

Kellyanne Conway had previously chaired a pro-Cruz political action committee for the Republican presidential primaries before Ted Cruz withdrew after which Trump appointed her senior advisor and later campaign manager. Trump announced on December 22, 2016, that Conway would serve as a counselor to the President under his administration.

She left the administration abruptly in August 2020 because of the family drama with her daughter and her husband. While her daughter Claudia was threatening to seek legal emancipation, her husband George Conway had been tearing apart Trump, his wife’s boss on Twitter. In a memoir she published recently called Here’s The Deal, she talked a bit about the strain her husband’s attitude towards Trump put on her relationship with George. This has raised a question about her marital status. Did the couple split up due to the differences or is Kellyanne Conway still married to George Conway?

Kellyanne Conway’s Marital Status: How Is Her Relationship With Husband George Conway?

Kellyanne Conway, aside from being known for coining the phrase ‘alternative facts’, has been a controversial political figure through her association with Donald Trump. She served as the senior counselor under the Trump presidency before she left abruptly in the wake of family problems.

Family drama, it wasn’t a private affair like she would have wanted. When you are a key part of the inner circle of the country’s President, the public can’t really look the other way when your husband is shi**ing all over the President. Especially the same husband who encouraged you to take the job.

During her term as a White House advisor under the Trump administration, aside from the obvious, everything was going well for her. Then, her husband George Conway who had been supportive of her job till then had a change of heart about how he felt about his wife’s boss. In 2018, just two years into her job, George put her in an awkward position when he turned into one of the biggest outspoken critics of Trump from being one of his most ardent supporters.

This was not merely a minor conflict that is to be expected in relationships. This might seem like just a difference in political ideologies but it was much more than that. The way Kellyanne Conway’s husband George Conway actively went against everything she stood for (George not only tweeted hurtful insults and harsh criticism of Trump which landed her on the opposite side of a political rift but he also co-founded a now-defunct super PAC, the Lincoln Project, to stop the president’s re-election), it looked like that was a death spell on their marriage. Everybody was thinking along the lines of ‘Kellyanne is no longer going to be married to him.’

But, since no updates about her marriage had emerged, people were wondering ‘is Kellyanne Conway still married.’ Her new memoir Here’s The Deal gives an insight into her relationship with her husband. She has written in her books that it was ‘cheating by tweeting’ how he publicly maligned the President on Twitter when he was the very one who encouraged her to accept the offer of running Trump’s campaign. “His daily deluge of insults violated our marriage vows to ‘love, honor, and cherish’ each other,” she says in the memoir.

On being asked about her marital status and if she is still married to George after what he did, Kellyanne Conway revealed that she worries about the future and the harm that’s been visited upon this. She added that their marriage vows were not to Donald Trump and George did not need to support or vote for or want him to be the president, but as her husband, he could have dealt with the situation by coming to an understanding through private conversation as a couple to sort out the best thing for the family. She believed that finding a way for her to transition out of the White House could be counted as keeping the vow to honor, love, and cherish.

Despite the relationship with her husband souring, it still seems like Kellyanne Conway is still married to George Conway and has not cut him off. In an interview with People, she said that she would always pick love anytime. And though her husband’s love didn’t come with respect and privacy, and a modicum of class and dignity like she believed it should have, nevertheless, she has always been loyal to her marriage.

In Here’s The Deal, Kellyanne Conway writes about the husband (to whom she is still married? she has never clarified it in interviews and has been super vague about it) and that she will always be grateful to have built a life and a family together with him and the ugliness of differing politics is going to be no match for the beauty of shared parenthood. Sounds like she is still married.

Kellyanne Conway shared in the interview that there was never competing loyalty she had between her husband and her boss. Because the one was her job and the other marriage, she didn’t conflate them because she didn’t relate to them the same way. She further added that presidencies and jobs are term-limited whereas marriage and vow people take are not supposed to be that way.

In a CBS Mornings interview, when Gayle King asked her if her marriage survived, she didn’t say that she was still married, just that she spent the Memorial Day holiday with her kids and George Conway. Jeff Glor then observed that she was not wearing her wedding ring to which Kellyanne Conway replied George wasn’t either. This could mean that she is still married to George, they are just staying off wedding rings for a bit till they sort their issues out, or maybe not and they have already separated.