Is Vicky and Her Mystery Based on a True Story? Netflix Movie Uncovered! 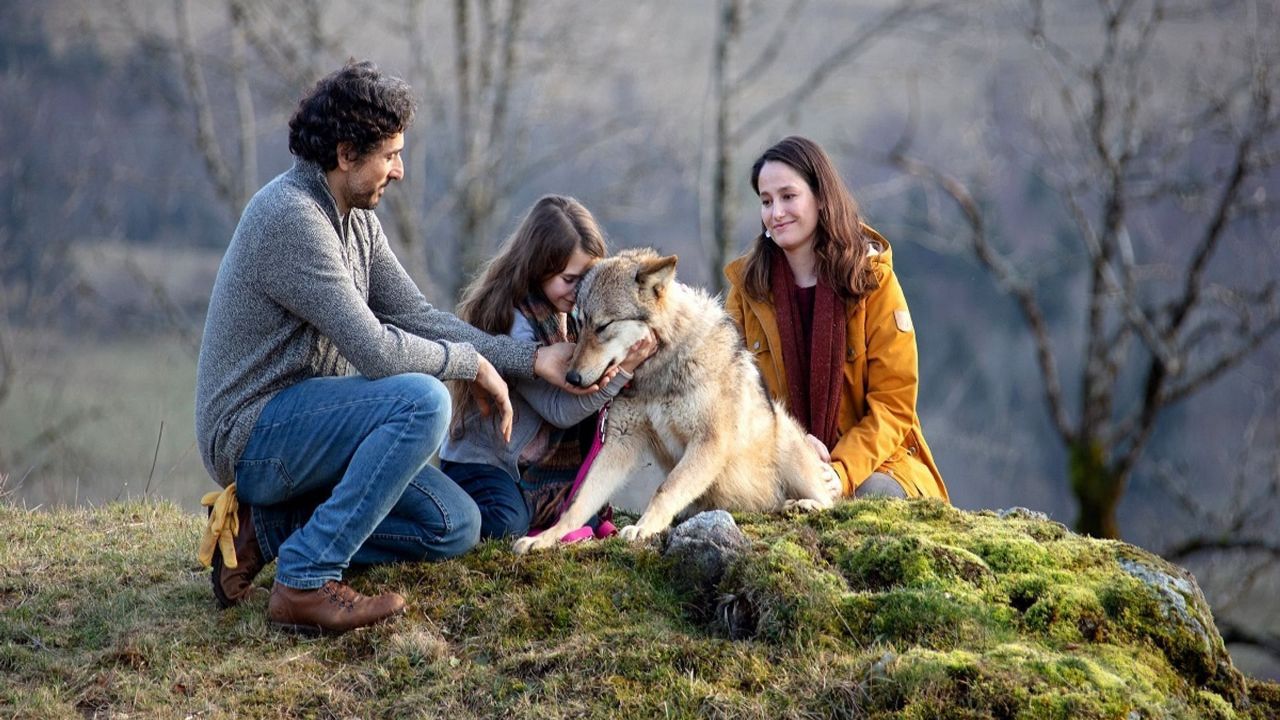 Vicky and Her Mystery is a 2021 Netflix drama that shows the deep inexplicable attachment that a human girl forms with a wolf cub which helps the little girl process the trauma. The pure relationship portrayed especially seems to be more comforting after viewers realize that the film is in fact based on a true story.

Vicky and Her Mystery is a French family drama that revolves around the bond formed between a little heartbroken girl after her mother passes away and a little wolf that helps the girl emotionally heal.

The movie was released on Netflix on December 24. And now, many fans wonder if Vicky and Her Mystery is based on a true story.

In addition, we discussed The God Committee.

Vicky and Her Mystery: What is the Netflix Film About?

Though the title of the movie might seem to suggest that the story is one with some sort of mystery value, the movie actually is a quite wholesome story about the relationship between a little girl and her pet.

On Vicky and Her Mystery, a little girl of 8, Victoria is left traumatized after her mother’s death, which literally renders her speechless.

She completely draws back from the world and isolates herself in every way and her helpless father Stephane can’t help but just sit and watch as if from far apart after his efforts to comfort Vicky all goes in vain.

Not knowing how to start their lives post his wife’s death, he goes on to take a sabbatical and relocates to a sparsely populated village with Vicky.

While on a walk with her father in the village, Vicky comes across an adorable little puppy Mystery she falls in love with which brings her back to the world and which she decides to sneak into her home.

On finding out about the puppy, Stephane lets Vicky keep it anyway seeing how much happier Vicky was after she got Mystery.

The inexplicable and innocent bond his daughter and the puppy share seems to have lessened the effects of the heart-breaking trauma she had to endure, which he had not found a way through.

Is Vicky and Her Mystery Based on a True Story?

There is a mention on Vicky and Her Mystery right before the end credits roll that real-life Victoria met Mystery when she was just three years old.

So, we can tell that the similarity this Netflix drama bears to some actual person and actual events is definitely not a coincidence and it is certainly not a pure work of fiction.

This body of art was inspired from when Denis Imbert (director and co-screenwriter) heard a heart-warming tale (that touched him so much he made a movie based on it) about a father who unknowingly got his daughter a wolf cub believing it to be a dog cub.

Interestingly, Mystery on Vicky and Her Mystery was the name of that wolf cub, which Imbert was so fascinated with that he chose to use it in the film as well as put it in the title of the movie.

Although the premise of the family drama is based on a true story, Imbert did take artistic liberties to wrap up the film by writing a fair share of non-fiction to it.

The part where Vicky goes through the terrible heartbreak of her mother’s death causing her to go mute looks like it’s fiction. Especially when you see that the movie opens with the shot of a little wolf helplessly watching as the leader of the pack, probably the parent figure gets shot by the farmer.

The two children on Vicky and Her Mystery who recently lost their parent bonding together seem to be a little manufactured even though it’s very comforting.

The symbolism of Vicky and Stephane losing their way and co-incidentally chancing onto Mystery parallels to them being completely distraught and clueless about how to restart their lives post-trauma.

Likewise, the symbolism of Vicky having to finally let Mystery go as finally coming to terms with the grief she suffered and letting go of it seems ripe.

How Stephane saves Mystery by performing an emergency surgery by himself when in the beginning he might have saved his wife by doing the surgery himself – it seems like the film has come full circle.

Was the Wolf Shown on Vicky and Her Mystery Real?

Imbert was determined to perfectly depict the deep and meaningful bond the little human shares with the little wolf as that is the crux of the storyline on Vicky and Her Mystery.

So, he was adamant that the real wolves be used in the movies and no CGI involved. He also was not okay with using a dog instead.

In an interview in December 2021, Imbert revealed that the team filmed the movie with a pack of 7 wolves. The cast and crew had to undergo extensive training in order to work with the majestic creatures, especially the actress Shanna Keil (Vicky).