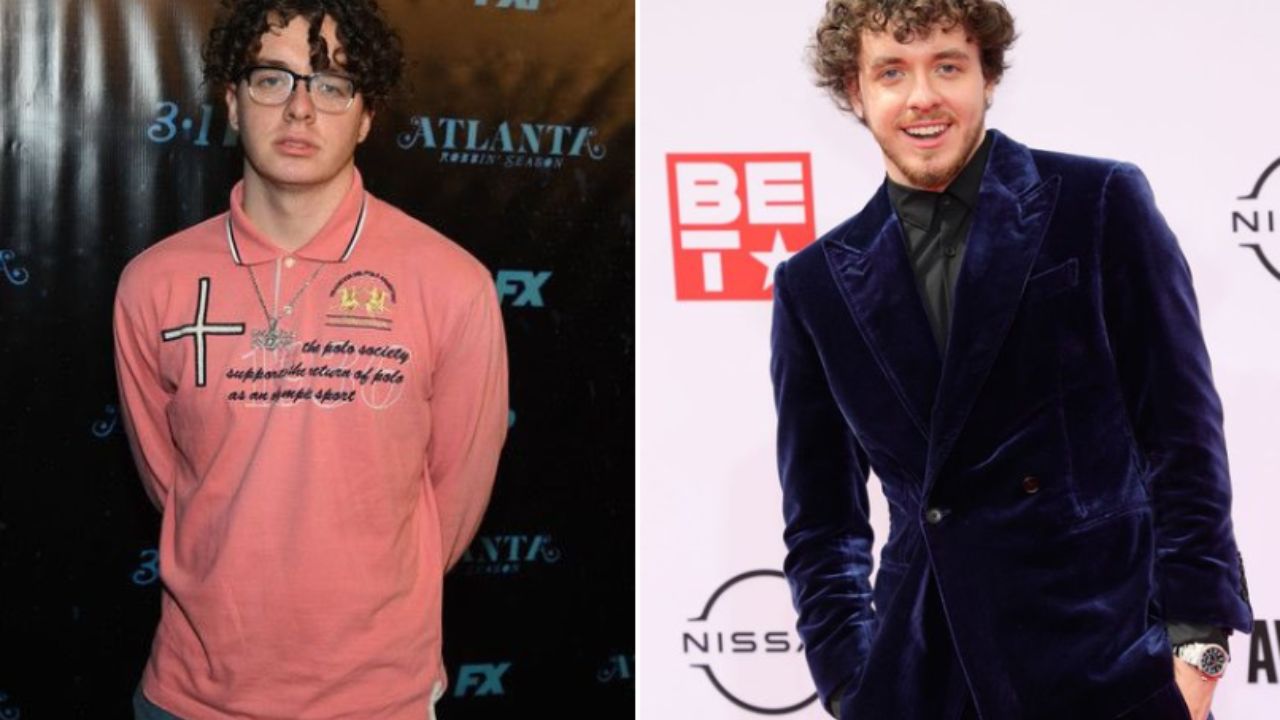 Jack Harlow has been speculated to have undergone plastic surgery, notably a chin surgery or fillers on his chin. After his recent Grammy performance, people have come forward with before and after pictures of him as a receipt to highlight the difference in his nose and prove that he has done a nose job. Jack himself has never commented on speculations about him having plastic surgery. Because of Jack Harlow’s glow up in recent years, many fans are eager to learn more about him before fame.

Jack Harlow is an American rapper from Louisville, Kentucky who came to mainstream fame in 2020 when he released the single What’s Poppin which turned out to be his first major breakthrough and peaked at number two on the US Billboard Hot 100.

Following the release of his massive single, on December 11, 2020, he dropped his debut studio album That’s What They All Say, which performed well on the charts like the preceding single and debuted and peaked at number five on the US Billboard 200. The first album doing really well brought him out of the one-hit-wonder club and kind of cemented his fame in the rap genre.

In 2021, Jack Harlow got his first chart-topper when he released a collaboration with Lil Nas X called Industry Baby, which reached number one on the US Hot 100. He released a new single Nail Tech in 2022 which reached the top 20 on the Hot 100.  He is set to release his second album Come Home The Kids Miss You on May 6.

Jack Harlow is currently signed to Don Cannon and DJ Drama’s record label Generation Now, which is an imprint of Atlantic Records. He is also the co-founder of his own musical collective, Private Garden.

Previously, we touched on the plastic surgery efforts of Ariana Grande and Sam Champion.

Did Jack Harlow Get Plastic Surgery?

The 64th Annual Grammy Awards for 2022 finished on April 3 unlike the discussions surrounding the ceremony, which left lots of fans excited about their favorite wins, and some disappointed with them.

Some didn’t deal in the ideal way with the snubs of their favorites. But keeping aside their feelings about the wins and losses of the golden gramophone, they all joined in celebrating the performances of the ceremony.

One such loved performance is of Jack Harlow (@jackharlow) with Lil Nas X. The rappers recreated their recent collaboration Industry Baby on the MGM Grand stage, where Lil Nas X and his backing dancers dressed in glittering marching band uniforms.

The performance was undoubtedly grand and had viewers talking about it late into the night. They especially couldn’t get over how great Jack looked in an all-black ensemble while grooving across the stage.

Jack Harlow really caught everyone’s attention while swaying around to the beats. And it didn’t take long for the interested viewers to go from ‘Wow, Jack’s Grammy Performance’ to ‘Jack Harlow: Has He Done Plastic Surgery Or Has He Not.’

At this point, nobody is surprised to see fans arrive at the conclusion that he has done plastic surgery but since it’s just them speculating and mostly guesses, most people have their doubts about that.

Some fans have come forward on the internet with what they believe to be the receipt. What they have done is put up photos of Jack Harlow from a few years ago and of now side-by-side and compared them. Looking at the before and after pictures, we can see that there is a definite change in his nose and chin.

In the picture taken a few years back, the rapper has a big nose with a bulbous tip. His nostrils were quite wide whereas, in the recent pictures, his nose looks much better than before with his nostrils getting narrower and nose slimmer. The comparison photos have, more or less, convinced almost all people that Jack has got a nose job done.

It is not the first time this rumor about Jack Harlow’s nose job has taken off the internet by storm. About a year back, an Instagram page dedicated to hip-hop news and culture Rapdaily posted a comparison picture of him which turned out to be the same one his fans used to prove his plastic surgery.

Since the difference in his nostrils was super pronounced as could be seen in the side-by-side photo, the rumors almost became a conviction. It sparked debates on Reddit.

Almost because people argued back that the changes in his nose could not be credited to plastic surgery as per the photos because they did not have the same bases for comparison purposes.

The lighting in the pictures was vastly different with the former picture having bright daylight that threw every feature on his face into sharper focus which made his nose appear much larger and the latter picture having been taken on a bleak gloomy day that was a little darker which is what made nose appear slimmer than before.

To every remark of plastic surgery with that particular comparison pictures, several fans counter it by reasoning that the lighting has made all the difference; the bright vivid light that caused his nose bridge to appear much bigger in the first picture and the dark light that sort of created a shadow on his face causing his nose to look smaller.

Besides a nose job, some fans reckon Jack Harlow’s had a chin surgery or at least fillers on his chin. They lament the fact that his transformation is in fact surgery and not glow up.

While there’s an ongoing battle between the factions in his fanbases which were created because of the rumors themselves, Jack Harlow has never directly or indirectly responded to them. He never displayed any interest in wanting to put the rumors at rest or confirming them in case they were true.

So far, he has never acknowledged and never addressed the speculations. So, until the rapper himself comes forward and admits that he did undergo plastic surgery, we can just speculate because nothing is sure until he does so. Because lighting does change appearances until Jack Harlow does so, it’s just a rumor.