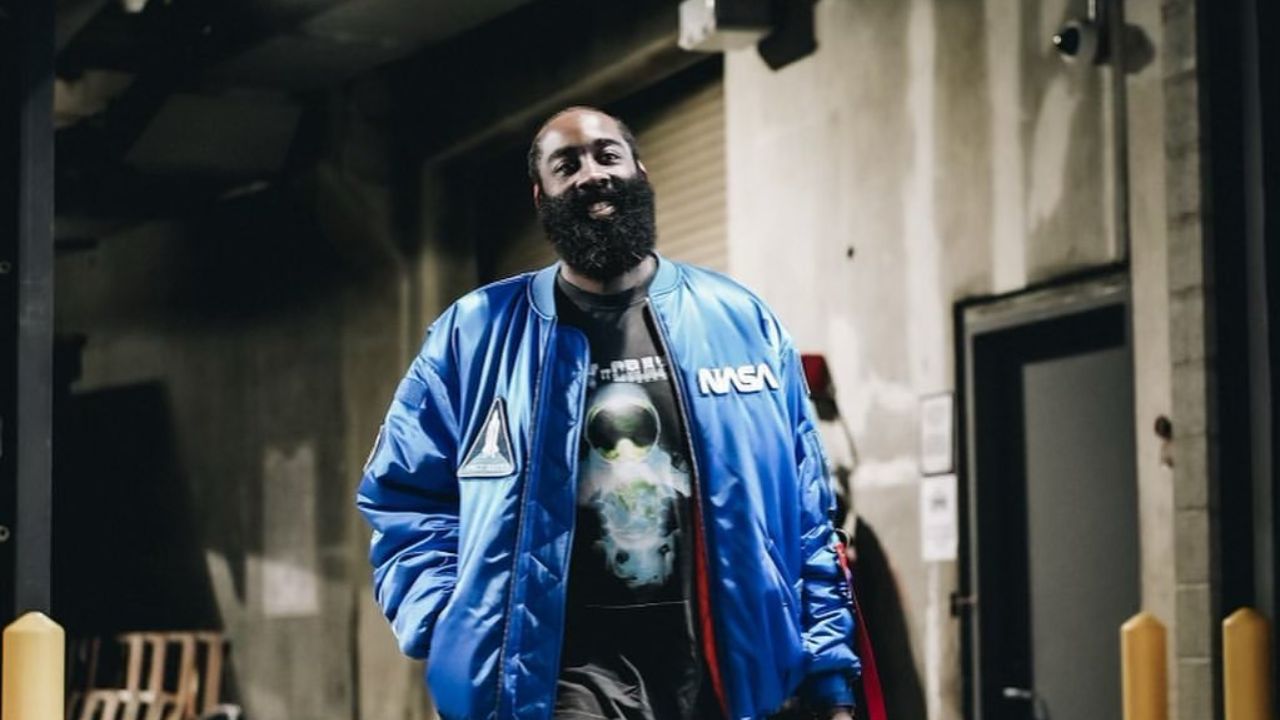 James Harden underwent a weight gain of 40 pounds in the 2020-2021 season after he started partying, eating, and drinking a lot with no considerations for his physical fitness as a way of venting his frustration with the Houston Rockets. After a surprising weight loss for his Brooklyn Nets debut, fans are wondering if James could possibly have worn a fat suit rather than weight gain to get the Rockets to trade him off.

James Harden, one of the most prolific scorers in basketball in the history of the NBA was recently traded off to the Philadelphia 76ers after only a year with the Brooklyn Nets. He is often considered one of the best shooting guards in the NBA as well as one of the top overall players in the league.

James Harden is currently in the news after his 76ers debut had to be delayed because of his hamstring injury. This is not the first time he had faced such injury. In 2016, he had sprained an ankle after which he had gained weight.

Since then, the cycle of weight gain and loss has continued. In the early days, he used to weigh 220 pounds (100 kgs). How much does he weigh now?

Previously, we touched on the weight gain efforts of Kourtney Kardashian and Lauren London.

James Harden: Is It Weight Gain or is He Wearing a Fat Suit?

James Harden (@jharden13) first began being talked about for his weight gain and not about his games during the 2016 offseason. He was playing for Houston Rocks then. He showed up at the training camp out of shape.

As it turned out, James had sprained his ankle very badly over the summer because of which he was forced to stop all sorts of physical activities like training and exercises and workout. He apparently did a lot of sitting around to nurse his ankle which caused him to pack on a few extra pounds.

In the game he played after the injury, in the fourth quarter, James Harden shot 0-4 in the game against the Atlanta Hawks. That season, the Rockets got off to a slow 4-7 start because of which the head coach Kevin McHale ended up getting sacked.

The coach then put the blame for the poor performance on James Harden playing without proper training much for the season overweight. About the game, James said that the explosiveness wasn’t there and he felt steps behind.

The basketball star bounced back eventually and shed all the weight he gained as a consequence of his broken ankle.

He returned to top physical form which lasted till the 2020 offseason. In the 2020-2021 season, everyone was left stunned when he appeared for his first pre-season match for the Houston Rockets looking far more rounder than usual. That season was a controversial one for the NBA star.

He was the talk among the basketball fans for a couple of weeks earlier when he had failed to show his presence in pre-season training. By this time, he was getting disgruntled with how things were going in Houston. And he was not making any efforts in hiding his dissatisfaction.

He couldn’t wait to be parted from the Houston Rockets. The Beard spent the entire offseason in a tussle with the team’s powerbrokers over securing a trade away from the franchise.

He began demanding a trade to a Finals contender. The Houston Rockets leading man turned down $50 million to stay with the team.

He put his discontent on display for everyone when the player started adopting a reckless and excessive lifestyle. He spent the entire off-season partying, drinking, and eating a lot.

He didn’t care to stay fit for the games and even skipped the gyms due to which James Harden gained about 40 extra pounds during the offseason.

In that season, the formerly fit MVP gave some of the worst performances of his career which was attributed to his extra weight. His scoring suffered throughout the games.

His poor performance coupled with his desire to break from the Rockets made people realize that James Harden simply wasn’t motivated to play for the team. As a result, Houston Rockets traded him to the Brooklyn Nets.

In his Brooklyn Nets debut, once again, James Harden left everyone stunned when he had transformed back into the slender 220-pound scorer that he used to be. People were baffled to learn how quickly he had gotten back into shape.

In the short window of time which was just a few days between his final games with the Rockets and Nets debut, people couldn’t justify the immediate weight loss.

So, the spectators came up with the fat suit theory wherein James Harden wore a fat suit to incite the Rockets into trading him, then ditched it the second he got the move he so desperately wanted.

However, this version of the story has some glaring plotholes as it doesn’t address how tough it would be for James Harden to hide the fat suit under the constant supervision of team physicians who monitor their health and fitness.

He also would have to figure out some way to hide his fat suit from his teammates while changing in the locker room.

Besides that, NBA players supposedly lose a huge amount of weight just by sweating it out. So, there’s a possibility that Harden could have reduced his bloated look by sweating a lot and cutting salt from his diet, especially if he had been retaining water weight.

However, James Harden appeared to be gaining weight again in the first pre-season game in 2021.