Jamie Lee Curtis’ Weight Gain in New Movie Everything Everywhere All at Once! 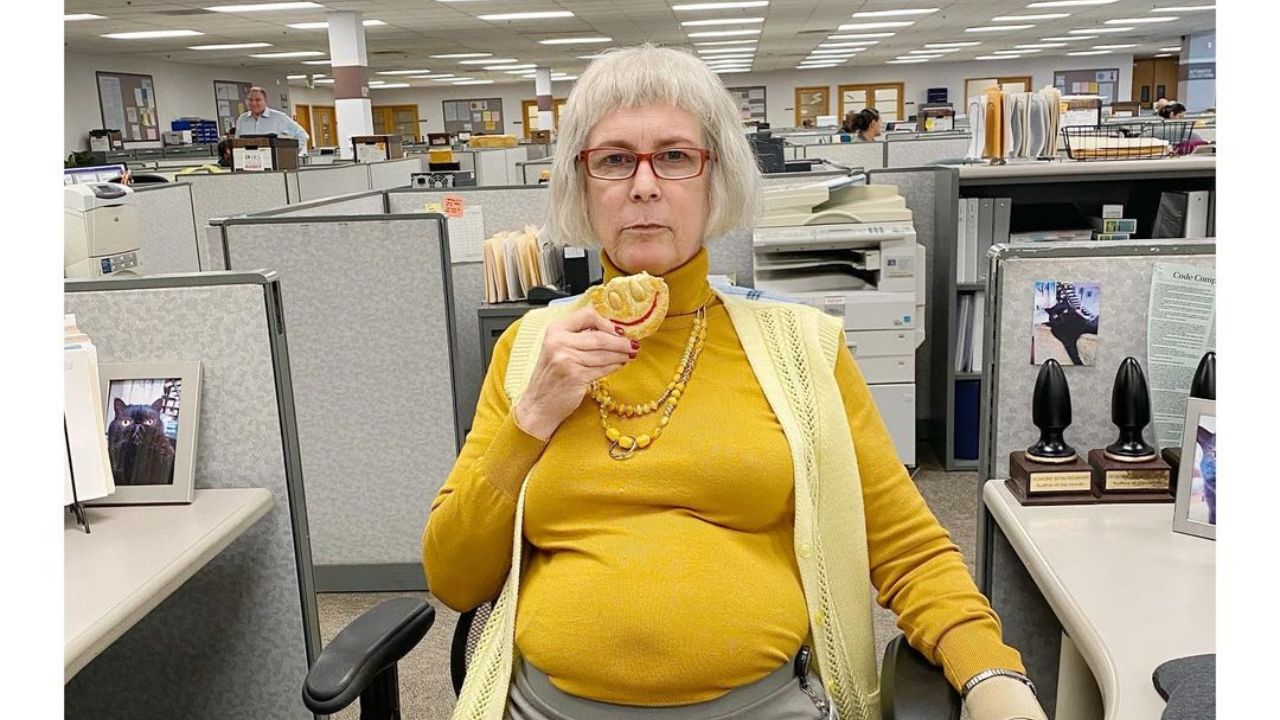 Jamie Lee Curtis’ weight gain is visible in her new movie Everything Everywhere All at Once. She posted a picture of her character with her belly out, which was all her and not prosthetics.

Jamie Lee Curtis is an American actress and writer, currently making rounds for Everything Everywhere All at Once, first rose into prominence when she starred as Laurie Strode in the horror film Halloween in 1978. Since then, she has starred in many films and television shows.

Her portrayal of Hannah Miller on the ABC sitcom Anything But Love earned her a Golden Globe Award as well as a People’s Choice Award.

For her work in a television film Nicholas’ Gift, she was nominated for a Primetime Emmy Award. She has written numerous books for children and is a blogger for The Huffington Post.

Previously, we touched on the weight gain efforts of Camila Cabello and Katy Mixon.

Did Jamie Lee Curtis Gain Weight? Everything Everywhere All at Once Suggests So!

So, there’s a new science-fiction movie called Everything Everywhere All at Once coming out in theatres on March 25. And who happens to star in the movie but Michelle Yeoh, Ke Huy Quan, Stephanie Hsu, Jenny Slate, Harry Shum Jr., James Hong, and Jamie Lee Curtis.

Since the promotional campaign for the movie started, Jamie out of all the stars has been in limelight. Jamie Lee Curtis – she plays the role of Deirdre Beaubeirdra, an IRS inspector. The reason she’s in the spotlight is that she talked about physical authenticity and then she got fans searching about her weight gain on the internet.

Ahead of the premiere at South by Southwest on March 11, Jamie Lee Curtis made a post on her Instagram handle (@curtisleejamie) an excerpt from her interview with Entertainment Weekly with a photo of the character she was playing in the movie with her belly out.

Her weight gain was very visible in that picture of hers. In that particular excerpt, she had been speaking about beauty standards and how that has been a limit in the art. She shared how she had never felt more creative than then when she made the decision to relinquish and release every muscle she had that she used to clench to hide her real body.

Jamie Lee Curtis made observations about an industry – ‘a billion-dollar, trillion-dollar industry’ that was entirely about hiding things. Concealing the reality of who people are. That fed off people’s insecurity about their normal bodies.

A world where body-shapers, fillers, procedures, clothing, hair accessories, hair products are the norms and are extensively used to modify the way or change the way they appeared to others. She recalled how she had been sucking her stomach in since she was 11 when she started being conscious about boys and bodies.

Clearly, the actress knew better than that now. In the same interview, the director of the movie Daniel Kwan told that there had been no use of prosthetics to depict the character that Jamie played.

Even though everyone just had chosen to assume that Jamie’s belly in the movie was prosthetics, it was not. It was really Curtis’ real belly. He also spoke about how Jamie had been grateful that she had been allowed to just let it out.

This whole standing for the physical authenticity of the body started a debate about the uncomfortable and rigid beauty standards. Jamie Lee Curtis had also once been a victim of those stringent standards.

In her mid-thirties, the Halloween star had racked up a huge amount of insecurity and body image issues and was struggling with body image issues. That experience pushed her to the door of plastic surgery. She got Botox injected. And she also got liposuction done to slim her figure.

But as she reflected on those surgeries years later, such plastic surgery never worked and she didn’t feel attractive at any weight or looks. Instead, she just got into drugs because of the procedures she took.

Jamie Lee Curtis was hooked on the drugs since she started taking prescriptions to lessen pain from the surgery. That quickly spiraled into addiction. She also developed a drinking problem. And she began to anesthetize herself on a daily basis.

Eventually, the Freaky Friday actor successfully fought that addiction after which she decided to simply not care about her body image. She went to the extreme with that one, which turned out to be just as harmful as when she was worried about the body image.

The Trading Places actor once happened to come across a picture of herself in the tabloid and an article in which her weight was specified. As per that article, she was 161 pounds. She got furious about the mention of her weight in that article and thought angrily that there was no way she was that many pounds.

But when she went home, despite not caring about body issues, Jamie Lee Curtis couldn’t help getting on the scale. She was forced to come to terms with the fact that she had been in denial about her weight gain when the scale showed the exact same numbers as the article had mentioned.

So, ditching her new harmful stance of being extremely indifferent about physicality, the Scream Queens star went to the doctor where she found out that her blood pressure and cholesterol levels were high.

Since then, the Knives Out actor has been open about her weight and body and also learned how not to succumb to the pressures society put on women to look perfect. In an interview, Jamie Lee Curtis said that she didn’t have great thighs, very big breasts, a soft, fatty little tummy, and back fat.