Jeff Saturday’s Weight Loss: How Did The Super Bowl Champion Lose 50 Pounds After Retiring? Check Out His Diet and Exercises! 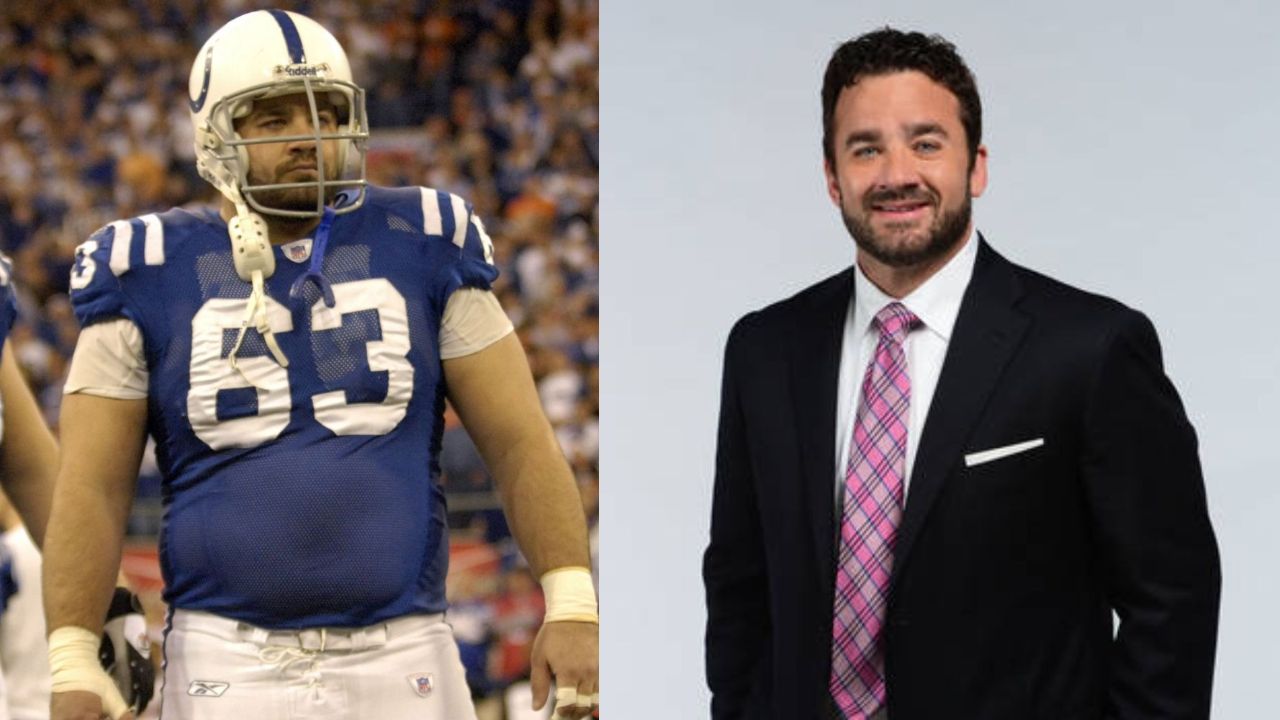 Jeff Saturday had a weight loss of 50 pounds following his retirement from football in the 2012 season. The six-time Pro Bowl champion must have kept up with his fitness routine and reduced his calorie intake in his diet which made his weight loss possible. Jeff Saturday now works as a sports analyst and looks completely different from the way he looked as a player.

Jeff Saturday is a former American football center who currently works as a sports analyst. He used to play college football at the University of North Carolina. In 1998, he was signed by the Baltimore Ravens as an undrafted free agent but was cut by the team without playing a game.

After that, he signed with the Indianapolis Colts. He played 13 seasons with them and won Super Bowl XLI over the Chicago Bears. He was also selected to four All-Pro teams and five Pro Bowls. In his final NFL season, he made his sixth Pro Bowl as a member of the Green Bay Packers.

Previously, we touched on the weight loss efforts of Sheryl Underwood and Loni Love.

Jeff Saturday (@SaturdayJeff) had a significant weight loss of more than 50 pounds in 2013 after his retirement from football.

The Longtime Colts center was one of the best linemen in the league for the better part of a decade. He was listed during his playing days at 295 pounds which is barely under 300 pounds. He swiftly dropped about 50 pounds very soon after he retired from sports as a player following the 2012 season. He immediately brought in himself a distinction between Super Bowl week as a player and as a fan and media person.

Jeff Saturday is down to 230-240. No interest in rejoining Peyton in Denver, which lost Dan Koppen and JD Walton at OC #broncos.

And of course, his weight loss meant that there was no chance he was making an NFL comeback.

We could always tell that just retiring from football, a sport where you had to maintain weight, does not necessarily mean that players lose weight immediately after. Retirement does not really guarantee weight loss. And on the contrary, it can even cause an increase in weight (a lot of players have seen their weight soar since they left the game) if people fail to maintain their daily fitness routine and stop exercising.

But Jeff Saturday had a weight loss of more than 50 pounds after retiring. He brought his weight down to a healthy 230. The program, diets,  and exercise routine used by the six-time Pro Bowler is not very well known, but it is safe to infer that the majority of the weight was shed by reducing the intake of calories consumed by about 7,000–10,000 less each day.

Nutrition is a very important aspect of an athlete’s health. So, for Jeff Saturday, who used to be an offensive lineman and is used to routinely crushing 8000 calories per day as a player, it’s not possible for weight loss without healthy eating and a few changes in diet post-career.

Even though being a professional athlete and sportsman may indeed sound like a really cool and terrific job, it can be very demanding and exerting. The physical toll can turn out to be outrageous as the players can appear great from the outside when they perform whereas they may not be fine on the inside. Because this is not normal, most players undergo an extreme physical transformation and become much healthier after retiring than when they used to be active.

Jeff Saturday has spoken about the weight loss and the transformation he had after retirement. He said that NFL players led very structured lives wherein everything is dictated by their coaches. Be it when their practice starts and ends or when their meetings start and end. And once this kind of handling of their lives ends after retirement, there definitely was going to be an adjustment. There is a transition that guys have to catch hold of and be diligent about staying on top of details, according to Saturday.

Jeff Saturday, even when he was a player, had often struggled to keep on his weight. He had started training camp at 295 but by the time the season had ended, he was about ten pounds lighter at 285. So, after retiring, he did have a quick weight loss of 50 pounds which was not very surprising considering how he always struggled to maintain his weight for the game itself.

Jeff Saturday has shared that his wife Karen was a physical therapist with whom he had conversations about getting his health and body weight right after he retired from sports. He recalled that he had come back from the Pro Bowl in Hawaii at the end of February and had already gotten into the same workout rhythm at the beginning of March.

And so, pretty soon, Jeff Saturday, who is now an analyst for ESPN, got down to 238 pounds. It was only possible for him because he had support from his family. He made weight control a family project along with his three children which aided him in his weight loss. He had a weakness for cake and donuts but somehow they never found their way into his house except on Saturday night. He said,

I want to do it for them and I know this is better for me as a man. I want to be an example of making a decision to be healthier.