Jelena Ostapenko’s Husband: Is the Tennis Player Married? Is She Pregnant? Or Did She Have a Baby with Her Boyfriend? 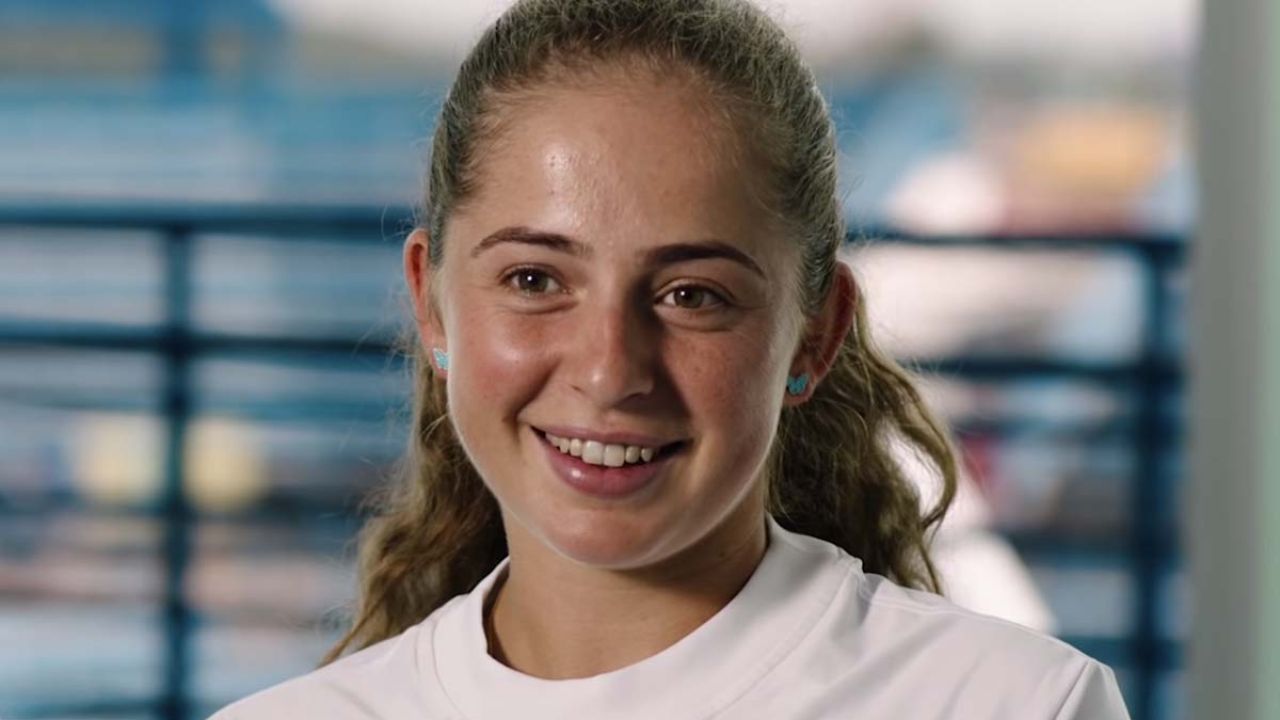 Jelena Ostapenko is not married and she does not have a husband. And she does not have a baby either. She, however, is not single and is dating her boyfriend Artrs Karaausks, who is a football player. There are rumors that she is pregnant and she is expecting a baby with Artrs but that seems to be baseless rumors created by fans who think so because she gained weight. Jelena Ostapenko has not addressed the rumors that she is pregnant and having a baby. Many think that Artrs is her husband because of the rumors that the couple is expecting.

Jelena Ostapenko is a professional tennis player from Latvia. She was born on 8 June 1997 as the daughter of former footballer Jevgenijs Ostapenko and Jelena Ostapenko. Though she was named Alona, she is legally called Jelena. She was introduced to tennis when she was five years old by her mother. With her mother as her first coach, she began to take an interest in tennis from a very young age.

She began training for tennis to make it her professional career when she was 12. Looking up to Serena Williams as one of her tennis idols while growing up, she developed her game and enjoyed a promising junior career. She won the Wimbledon Girls’ Singles title in 2014. After some time, she made her WTA Tour debut and continued with her impressive game. She even won the French Open singles title in 2017. It was extraordinary -her victory. The unseeded Ostapenko really fought back to defeat her pre-tournament favorite Simona Halep in the final to claim the trophy at just 20 years old.

Since then, with that big start to her career, she has continued impressively and gradually climbed the WTA Rankings. But there have been ups and downs and she is still going on. She is currently playing in the Australian Open 2023 and she has already secured a win. However, some people would rather know about who her husband is than about her game.

Fans are curious to know about her relationship status, whether she is single or if she has a boyfriend. And with the rumors that she is pregnant and that she had a baby, spreading like wildfire, they have started to think along the lines of ‘she must be married.’ And now, they wonder who she’s married to. Let’s find out about Jelena Ostapenko’s husband or boyfriend!

Would you also like to know the relationship status of Wilmer Valderrama and Lynn Ban?

Jelena Ostapenko’s Husband: The Player is Not Married But She Has a Boyfriend!

So, unlike what many fans have come to conclude based on the baseless rumors floating around that Jelena Ostapenko (@jelena.ostapenko) is pregnant and that she already had a baby, she is not married and has no husband right now. But it’s not like she is single right now. She does have a boyfriend, who she could marry in the future and who could later be her husband.

For people who want to know her relationship status, she is not married so, no husband, but she is not single either, so yes boyfriend. She is currently dating a football player called Artrs Karaausks. He was born on January 29, 1992, and he is from Riga, Latvia just like her. Her boyfriend is the off-the-field son of former striker Juris Karaausks of Latvian football. He plays as a forward in the Latvian Higher League for FK Liepāja.

Jelena Ostapenko and Artrs Karaausks look like they are very compatible with each other, seeing they are from a sports background. They might not just be casually dating. Their relationship might get more serious and end up in marriage. Her boyfriend could be her husband later on. They sure have the best wishes from fans on that one as they are considered to be very a cute couple. Many were overjoyed when they learned that they were in a relationship.

Artrs Karauusks seems like a great boyfriend (someday, he might make a great husband too). He’s a great player too. He started playing when he was very young. He made his top-flight debut at the age of 17 in January 2009 after he was signed by the Latvian Higher League Club JFK Olimps/RFS. He scored his first goal for the club against Sk Blāzma on 11 June 2009, when he was just 17 years, 4 months, and 17 days old.

Less than a month after that, Jelena Ostapenko’s boyfriend and her prospective husband managed to score his first ever hattrick in a 7-0 league victory over Rīgas Futbola skola. All in all, by the end of the season, he scored 10 goals in 18 league appearances and was named Young Player of the Year. He was honored with the Ilmārs Liepiņš prize. Olimps/RFS finished fifth in the league table, which is, till today, the best result in the club’s history.

Artrs Karauusks is an excellent player and is great at football no doubt, just like his girlfriend Jelena Ostapenko is at tennis. And great players make a great couple too. Fans hope they are happy with each other and that their relationship doesn’t end up like that of Artrs with her ex-wife. Yes, Jelena’s boyfriend used to be married and somebody else’s husband.

He used to be married to Nikola Karaausks. He was her husband before they divorced for reasons that remain undisclosed to the public. Since then, he’s moved on with Jelena Ostapenko. He first got together with her in 2017. They were spotted many times together in the summer of 2017 but didn’t make any comments about that for a long time. They only made their relationship official when Jelena shared a photo of them on Instagram. They confirmed that they were together with that picture by captioning the pics with a heart, couple, and love emoji.

Jelena Ostapenko’s Baby: Is She Pregnant? Or Did She Already Have a Baby?

With the rise in the weight gain speculations going around, many people theorized that Jelena Ostapenko is pregnant. People who didn’t believe that she was going to have a baby thought that she already had one. However, there’s been no confirmation about it from her side.

Wilmer Valderrama’s Wife: Is The That ’70s Show Star Married? Who is Amanda Pacheco? Read More