Jennifer Aniston’s Plastic Surgery: Friends Reunion Cast Is Open About Her Nose Job and More; Before & After Pictures Examined! 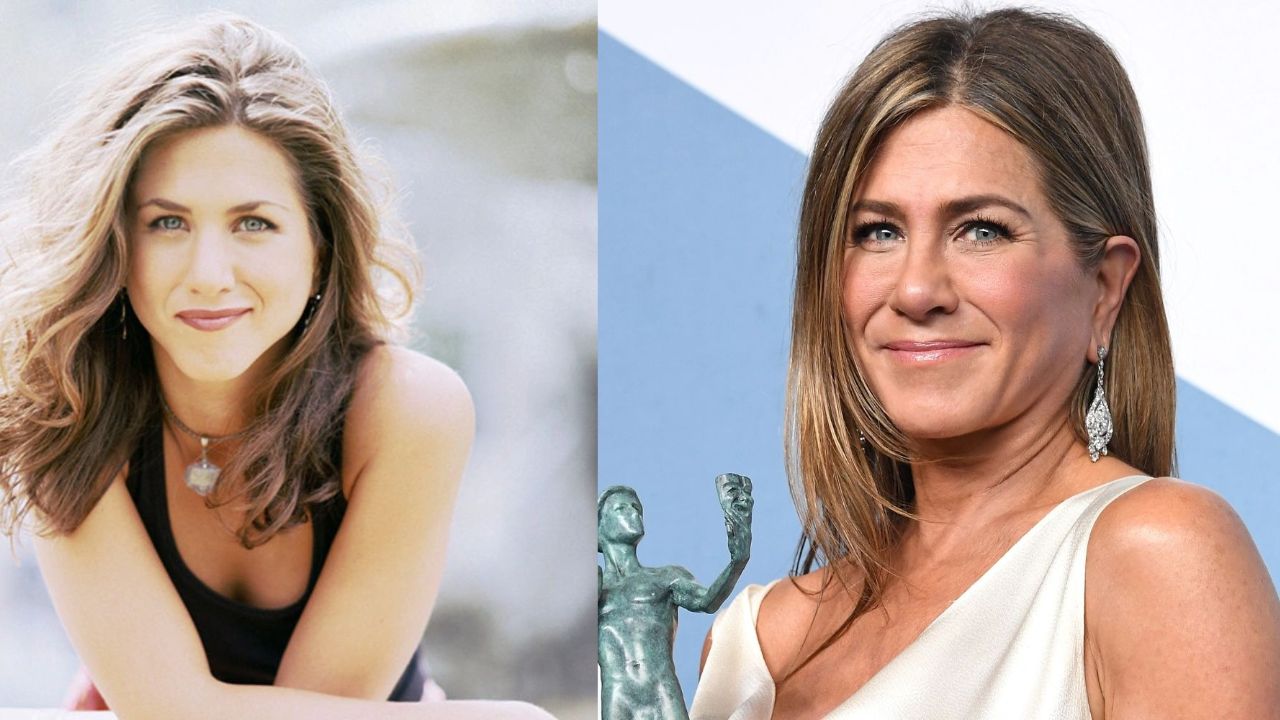 Jennifer Aniston is currently making headlines because of her appearance as many people believe she has undergone plastic surgery, especially as witnessed in Friends Reunion. Comparing her before and after pictures, fans believe the 53-year-old actress looks totally unnatural. Well, the Rachel actress has forever been open about it and admits to undergoing a nose job and laser treatments.

Jennifer Aniston is a well-known American actress, film producer, businesswoman, and philanthropist. She made the decision to follow in the shoes of her parents at a young age and prepared herself accordingly. But despite her best efforts, she was unsuccessful for six long years. She wasn’t able to make an impact until she was cast as Rachel Green in the hit television sitcom Friends.

The hairdo Rachel Green had in the sitcom came to be known as The Rachel as a result of the popularity of her portrayal. But she also ended up being stereotyped. Later, she broke free from this stereotypical image thanks to her successful depiction of an unglamorous clerk in Good Girl. She quickly started playing the lead female character in several successful movies as good roles started to come in.

Jennifer has forever been in the spotlight as Friends has always been a trending show since its debut. Of course, people are fond of every character. Similarly, Friends: The Reunion premiered in 2021. The cast returned for the final time to remember their days in the show. However, Jennifer’s appearance also caught the eyes of many. The pretty Rachel has obviously changed as she is 53 years old now. However, fans believe she has undergone plastic surgery. Well, let’s talk about it in detail.

Previously, we touched on the plastic surgery efforts of Drake and Nick Carter.

Jennifer Aniston’s Plastic Surgery in Friends Reunion: The Rachel Actress Is Open About All the Cosmetic Treatments, Including a Nose Job & Laser Treatments; Before & After Pictures Examined!

After her appearance in Friends: The Reunion in 2021, many viewers speculated that Jennifer Aniston (@jenniferaniston) has undergone plastic surgery. Comparing her before and after pictures, h face clearly hints that she has undergone multiple treatments. It turns out that every one of us was right. Yes, the Rachel actress openly admits to undergoing plastic surgery.

Many have speculated that Jennifer, whose forehead appears to be wrinkle-free, may have used anti-wrinkle injections to avoid developing frown lines and crow’s feet. This well-known procedure relaxes and softens any lines and wrinkles by preventing the muscles from tightening when injected into the desired spot. Has she received any assistance to keep a young appearance?

She has been known to express her opinions about other celebrities who have undergone cosmetic surgery. She is a strong proponent of aging organically. When asked if she has applied those injections, she replied:

I am grateful to learn from their mistakes, because I am not injecting s— into my face. I see them and my heart breaks. I think, ‘Oh God, if you only know how much older you look.’ They are trying to stop the clock and all you can see is an insecure person who won’t let themselves just age. I also have a fiancé who will put a gun to my head if I touch my face in any way.

We may all still clearly recall Rachel’s hilariously large nose from the classic Friends flashbacks, but was this joke based on any actual events? As you can see above, Jennifer’s nose appears noticeably rounder when compared to when she initially became well-known. But did Jen truly get a rhinoplasty, or is this just smart makeup contouring?

Well, the 53-year-old has openly acknowledged getting a nose job in her 20s to fix a deviated septum. Although this surgery could explain Jennifer’s changed nose, was it really necessary? Perhaps the operation was a wonderful justification to reshape and refine her nose and make it smaller as nasal septum deviation surgery rarely results in any cosmetic changes.

Jennifer Aniston still has the same dewy, soft skin she had when she first rose to fame more than 20 years ago. Is this due to a healthy diet that was carefully designed by an expensive nutritionist, or has the actress sought the help of a renowned Hollywood surgeon to maintain her youthful appearance?

Jen admitted to having an obsession with laser treatments, which remove the top few layers of skin to show fresh skin beneath, during a 2014 TV interview. She remarked,

I did this thing called like, a peel. It’s extremely intense – you don’t realise you look like a battered burn victim for a week – and then it just kind of falls off.

Jennifer has certainly been clear about how she feels about plastic surgery. The actress has acknowledged using a number of non-surgical aging-related procedures, though. Other than these and the proven corrective nose surgery, there are still many unsolved questions regarding her stunning beauty. But Jennifer’s age-defying appearance is doable provided you have a team of hairdressers, makeup artists, and personal trainers at your disposal. Despite the fact that it’s evident her advantage comes from those wonderful genes.