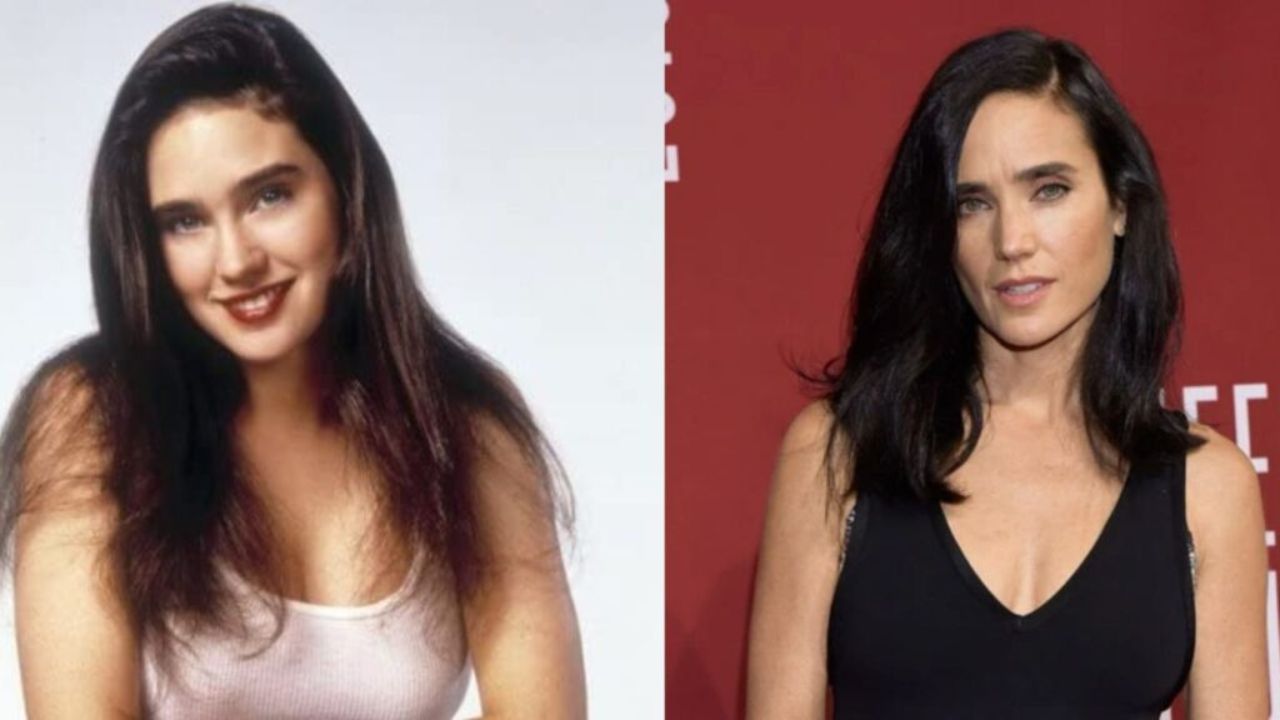 Jennifer Connelly, who is currently in the spotlight of Top Gun: Maverick, has once again been targeted with plastic surgery speculations. Botox and facelift are believed to be the reason for the youthful looks of The Top Gun star. But it is very likely that it is her extensive skincare routine as Jennifer Connelly has revealed that she is never going to have plastic surgery. She is also believed to have undergone a nose job and breast reduction surgery.

Jennifer Connelly is an American actress who began her career as a child model. After working as a model for several years, she decided to act. She made her acting debut in the 1984 crime film Once Upon a Time in America. She has starred in and is known for a variety of films including the horror film Phenomena, the musical fantasy film Labyrinth, the romantic comedy Career Opportunities, and the period superhero film The Rocketeer. She received praise and critical acclaim for her performance in several movies including Dark City, Requiem for a Dream, and A Beautiful Mind.

As a model, the actress has been the face of Balenciaga and Louis Vuitton fashion advertisements and for Revlon cosmetics. She was named the first global face of the Shiseido Company in 2012. Several magazines including Times, Vanity Fair, and Esquire, as well as the Los Angeles Times newspaper, have included her on their lists of the world’s most beautiful women.

As for acting, Jennifer Connelly’s new movie Top Gun: Maverick has recently been released, which has kept her in the limelight. With the limelight has come plastic surgery speculations.

Previously, we touched on the plastic surgery stories of Tom Cruise and Winona Ryder.

Jennifer Connelly has never admitted to plastic surgery and is likely to never do that, given her stance on surgery, but it is widely believed that she has had a nose job and breast reduction surgery.

Top Gun: Maverick was released and then it shone the spotlight on everyone associated mainly Tom Cruise and Jennifer Connelly. People especially were surprised at how great both the stars looked and then the leap from ‘how nice they look’ to ‘have they gotten plastic surgery’ is small and to be expected in showbiz. Just like how Tom Cruise had been attending various events to promote the movie which began to spark plastic surgery rumors, Jennifer Connelly also made appearances at various talk shows to plug the movie which has got her fans discussing very seriously whether she’s had cosmetic surgery or not.

It didn’t help Jennifer Connelly that she looked ‘ridiculously hot in the new Top Gun movie’ to avoid plastic surgery speculations. Though the movie was filmed more than three years ago, in her recent appearances, she doesn’t look very different from that. She’s 52 and her appearance shows otherwise or just not what people expect to see when they see a 52-year-old. So, they always jump to plastic surgery speculations.

And it’s not like you could blame them because how can Jennifer Connelly, someone in her 50s be absolutely devoid of wrinkles and lines on her face, and sagging cheeks? I mean we know they are in the showbiz where most people are very high maintenance about their looks and have nutritionist-supervised diets and personal trainers. But it will never be normal for regular people. Plus, it always may not be just diets and workouts because many celebs are notorious for having plastic surgery and acting like they are all-natural. So, people will always suspect.

Jennifer Connelly might not have had the ‘right dose of Botox and the perfect facelift’ as people believe when they look at her because her looks have never changed drastically which suggests plastic surgery and has evolved naturally to this point. It really could be just skincare, diets, and workouts.

In an interview with Vogue, when she was asked which beauty products she could not live without, she said,

For my daily routine, the thing I really focus on the most is skin care. I’ve been using Shiseido Future Solution LX line for a while now. I do all the steps—the cleanser, the softener, the serum, and the day cream. Then I do the same thing [in the evening] but with the night cream. It’s a nice ritual at the end of the day.

So, her skincare routine might be why she looks so young. But people suspect plastic surgery, anyway, to be the reason for her youthful looks, but before that as well, Jennifer Connelly had been widely believed to have had a nose job and breast reduction surgery in her youth.

Jennifer Connelly apparently once let it slip in a meeting that she didn’t feel her nose tip was in perfect shape. So, her rhinoplasty rumors took off from that unverified piece of another rumor. Many believed that her nose was apparently a little wider which she got narrowed down with plastic surgery while her fans argued that the actual bone structure of her nose hasn’t really changed at all since her late teens. Her fans told that her nose looked different because the baby fat she used to have around her nose area has reduced. Her nose has always pointed at the end but since she started losing baby fat in her mid-20s, her nose looked more prominent and refined.

However, all these plastic surgery speculations are just conjectures until Jennifer Connelly herself confirms it and she has never. In fact, the actress told in 2015 that she will never have any plastic surgery like Botox in an effort to delay aging. In an interview with More magazine, she said,

We equate beauty for women with youth, and that’s sad. It’s a shame it’s so hard for so many of us to appreciate the beauty of an older woman and to accept it in ourselves. I don’t want to erase my history on my face.