Jennifer Love Hewitt’s Husband and Kids: Who is Brian Hallisay? How Many Children Do The Couple Have? 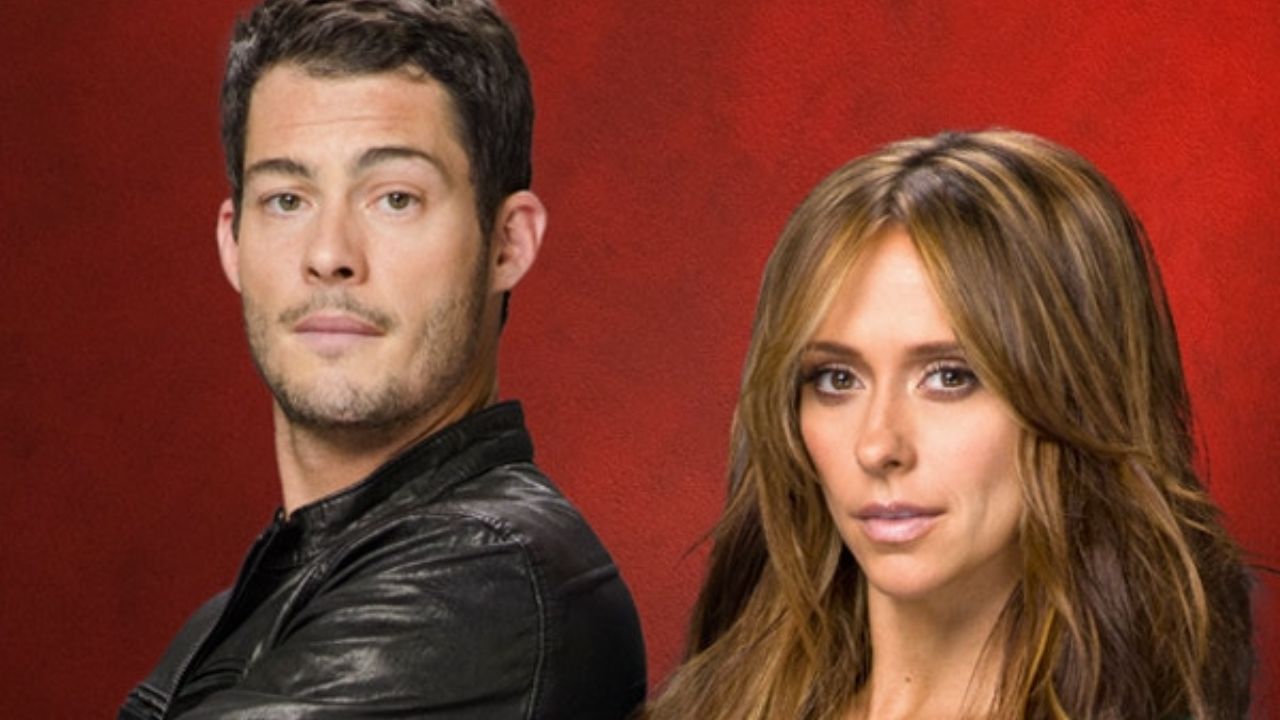 Jennifer Love Hewitt has been married to her husband Brian Hallisay since 2013 and the couple shares three kids together. The pair fell in love with each other while they were doing The Client List. After dating for a year, Jennifer Love Hewitt tied the knot with her husband. She constantly gushes over Brian Hallisay and the kids on her Instagram.

Jennifer Love Hewitt is an American actress, singer, and producer who began her career as a child actress and singer. She appeared in national television commercials before she joined the cast of the Disney Channel series Kids Incorporated. She got her breakthrough role of Sarah Reeves Merrin on the Fox teen drama Party of Five.

She quickly rose to fame as a teen star for her role as Julie James in the horror films I Know What You Did Last Summer and its 1998 sequel. She is also well-known for her role as Amanda Beckett in the teen comedy film Can’t Hardly Wait. Some of her notable works are The Client List, Criminal Minds, and 9-1-1.

As for her singing career, Jennifer Love Hewitt has released four studio albums to date. She released her debut album Love Songs when she was just 12 exclusively in Japan. She also released Let’s Go Bang, Jennifer Love Hewitt, and BareNaked. Barenaked became her first album to chart in the United States. It peaked at number 37 on the Billboard 200 chart.

Recently, there has been an increase in curiosity among the fans about the actress’ personal life. They want to know who her husband is and other things like how many kids does she have. Let’s learn more about Jennifer Love Hewitt’s husband and kids and her relationship with them!

Previously, we touched on the relationship status of Jonathan Daviss and Vicente Fernandez.

Jennifer Love Hewitt (@jenniferlovehewitt) has been married to her husband Brian Hallisay since 2013.

Brian Hallisay is also in the entertainment industry like his wife Jennifer Love Hewitt. He is an American actor who is best known for his portrayal of Will Davis in the CW drama series Privileged and Kyle Parks in the Lifetime drama series The Client List. He is also recognized for starring in the television series Revenge as Ben Hunter.

Brian Hallisay was born on October 31, 1978, in Washington, D.C. He attended Gonzaga College High School in 1996 and then after finishing high schooling, he enrolled in Cornell University. After graduating college in 2000, he worked as an investment banker on Wall Street before he joined showbiz. He had always loved acting so one day, he just quit his job and moved to Los Angeles to pursue a career in acting.

About the career change, he said,

I was slaving away at that and I had a really good time with it, but it got to the point where I said, ‘You know, I had always dreamed about seeing what acting was all about.’

Brian Hallisay got into the acting industry through television. He appeared on Fox’s The Inside in 2005 and he starred in Lifetime’s Strong Medicine. In 2006, he made his feature film debut in Erik MacArthur‘s Bottoms Up where he played Paris Hilton’s boyfriend. His career really took off after that and he appeared on various television series including Without a Trace, Cold Case, CSI: NY, Bones, Bionic Woman, and Medium before he bagged the role in Privileged in 2008.

In the CW drama Privileged, Brian Hallisay nailed the role of Will Davis, a charming and wealthy Palm Beach Bachelor who is delighted to learn that his next-door neighbors have hired a beautiful tutor. Since then, he has landed roles in Eastwick, Rizzoli & Isles, and Ringer.

In 2012, he signed a deal with Lifetime to appear as Kyle Parks in the drama series The Client List. This is where he met and then started dating Jennifer Love Hewitt. He went on to star as Captain Gillespie in the biographical war movie American Sniper in 2014. And the same year, he began his stint as Ben Hunter on ABC’s Revenge.

Brian Hallisay’s next notable role was a recurring role on 9-1-1 where he played Doug Kendall alias Jason Bailey, the abusive husband of Maddie Buckley, a character that was played by his real-life wife Jennifer Love Hewitt.

The Love Story of Jennifer Love Hewitt and Husband Brian Hallisay; How Many Kids Do The Couple Have?

Jennifer Love Hewitt and her husband Brian Hallisay first crossed paths in 2011 on the set of NBC’s pilot Love Bites which never aired. Their meeting then was a casual one and nothing happened between them until they reconnected later on. The following year, they met again on the sets of The Client List where they were costars. The pair portrayed exes on the show and playing a (former) couple, they became a couple in real life as well.

Jennifer Love Hewitt and husband Brian Hallisay began dating after they hit it off while they were working together on The Client List. They fell in love soon after. In June 2013, the love birds announced that they were having a kid and they also confirmed that they were engaged. After going out for a year, they tied the knot in a private ceremony in November 2013.

And just days after they got married, they welcomed their first child, a daughter they named Autumn. They went on to have two more kids since then and their relationship is going smoothly so far. Jennifer often gushes on her husband and children on Instagram. In September 2021, she wrote about Brian Hallisay and their kids,

The best thing I have ever done will always be marrying him, having our kids and watching them change and grow every day.

Jennifer Love Hewitt’s Kids and Her Relationship With Them

Jennifer Love Hewitt always wanted to have kids. Having children had always been her plan in life. Back in 2010, even before she met her husband Brian Hallisay, she said in an interview that she would love to have babies one day. Now, she has three. Less than two years after she had her first baby, daughter Autumn, she gave birth to a son Atticus in June 2015. Five years later, in September 2021, she welcomed her third child, another son named Aidan James.

Jennifer Love Hewitt is a doting mother and is constantly fawning over her kids. Talking about them in an interview, she shared in an interview what her kids were like,

My daughter thinks that work is the coolest thing she’s ever seen. She loves the craft service truck. My son got to run around the lot, like, go into ‘New York,’ go up and down the stairs and take a picture in front of the police station, which he thought was super cool.