Jeremy Renner’s Plastic Surgery: Has The Actor Had Botox and Fillers? Check Out His Before and After Pictures! 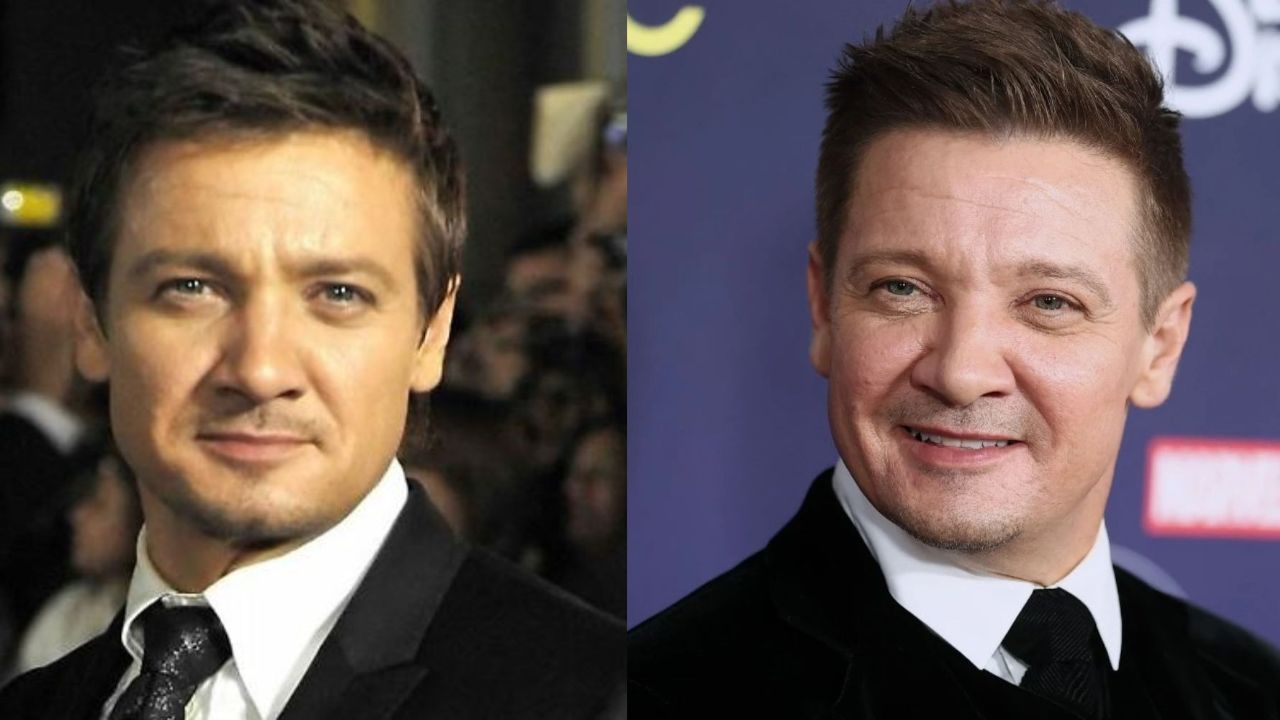 Jeremy Renner, fans have noticed, has not aged much and does not look like he is in his fifties, which is why they have started to suspect he has had plastic surgery. The Hawkeye star is suspected of having Botox, fillers, and a nose job. However, Jeremy Renner himself has not confirmed that he has undergone any plastic surgery.

Jeremy Renner is an American actor who can be easily recognized for playing the role of Clint Barton / Hawkeye, a member of the Avengers in several Marvel Cinematic Universe films and television series. He first appeared in the role in the 2011 film Thor and a decade later, he got his own central title role in the Disney+ series Hawkeye. When he was in college, he had varied academic interests, such as criminology and psychology. But drawn by his desire for freedom of expression, he found his true calling, the passion for the arts.

So, he pursued theatre and got serious about his acting career after he earned $50 from his local theatre acting gig. He went to the American Conservatory Theater in San Francisco to study and then he moved to LA in 1993 hoping to get a big break. He began his professional acting career (on screen) with independent movies such as Dahmer and Neo Ned. He also did supporting roles in bigger films such as S.W.A.T and 28 Weeks Later, after which commercial projects really streamed in.

The actor is praised for his prowess and is considered to be very natural in his portrayals in a wide variety of roles. He never had to rely on looks or let’s just say his fans loved him for his acting and never fussed about his appearance, which is why it can be surprising to see their curiosity about whether he has had plastic surgery or not. But really, we should have seen it coming because he’s aging now, he’s 51 but looks too young for his age. Let’s find out more about Jeremy Renner’s plastic surgery and whether he’s really had any procedures!

Previously, we touched on the plastic surgery stories of Delta Goodrem and Edward Norton.

Jeremy Renner’s Plastic Surgery: Fans Suspect He Has Had Botox and Fillers!

Jeremy Renner (@jeremyrenner) looks too young for his 51 years, people have started to notice his aging (or lack thereof) as he’s getting older just in years. This observation has led them to suspect he has undergone plastic surgery procedures, anti-aging procedures to be specific, such as Botox and fillers. He is also rumored to have had a nose job.

You would never think that an actor like Jeremy Renner would ever be facing plastic surgery speculations even when he works in showbiz because he has never been noted for his looks. Sure, he is in Hollywood, which is essentially the glam world, but he is one of the few people, who is the least involved in that aspect of it and is all about acting. He has never had to and has never relied on his looks to get ahead in his career like so many other people do.

So, it’s very curious that the Hawkeye star has got people speculating whether he has had plastic surgery or not. But it was bound to come because, after years of acting, he has not changed much in terms of his appearance, which is to say he hasn’t aged much. He’s 51 years but he doesn’t look like it. Because he hasn’t grown to his age in his looks, fans have begun to remember that after all, he works in Hollywood and that he might have gotten plastic surgery after all.

Jeremy Renner looks dashingly young and natural which fans think is because of the anti-aging procedures he had. They think that he has had Botox and fillers because his face looks very smooth and wrinkle-free for someone in his fifties. The lack of lines on his face and fresh-looking skin has made it difficult to assume his age. There’s no way his younger-looking complexion is natural and due to skincare. It has to be plastic surgery.

And his plastic surgery seems to be a good and subtle one because when you compare his old photos to more recent ones which are really his before and after pictures and examine them closely, Jeremy Renner has changed a little but not too much to show his age and not too less for people to suspect he has had anti-aging procedures. But clearly, people don’t believe the kind of smoothness in his face comes naturally at his age.

Jeremy Renner also apparently had a nose job as per the rumors but that seems like a false one and that one is on Hollywood’s obsession with nose jobs and him being a part of Hollywood.

So far, The Hurt Locker actor has not confirmed having plastic surgery and as far as he’s concerned, the only surgery he has had is the one he had to have for health and medical purposes after he had that terrifying snow plowing accident in which he suffered blunt chest trauma and orthopedic injuries.

Trending
Hope Zuckerbrow’s Weight Loss: How Did the TikToker Lose 100 Pounds? Check Out Her Diet and Workout Routine!
Trending
Keegan Bradley’s Weight Loss: The Golfer Followed UpWellNess Diet to Lose 30 Pounds in Less Than 5 Months!
Trending
Giancarlo Esposito Plastic Surgery: Did the Kaleidoscope Star Have Botox, Facelift, and Fillers?
Trending
Stephanie Ruhle Plastic Surgery: Did She Have Botox, Facelifts, and Fillers?
Trending
Harry Melling’s Weight Loss: What Happened to Him? Did The Pale Blue Eye Cast Lose Weight?
House&Whips
About UsPrivacy PolicyTerms of UseDMCAContact
House&Whips is a leading media and entertainment source as a fast-growing information hub. For promotion or advertisement, please mail us at [email protected]