Jerry Nadler’s Weight Loss: The Politician Had Faced Several Health Problems Due To His Weight; His Diet Had Been Futile! 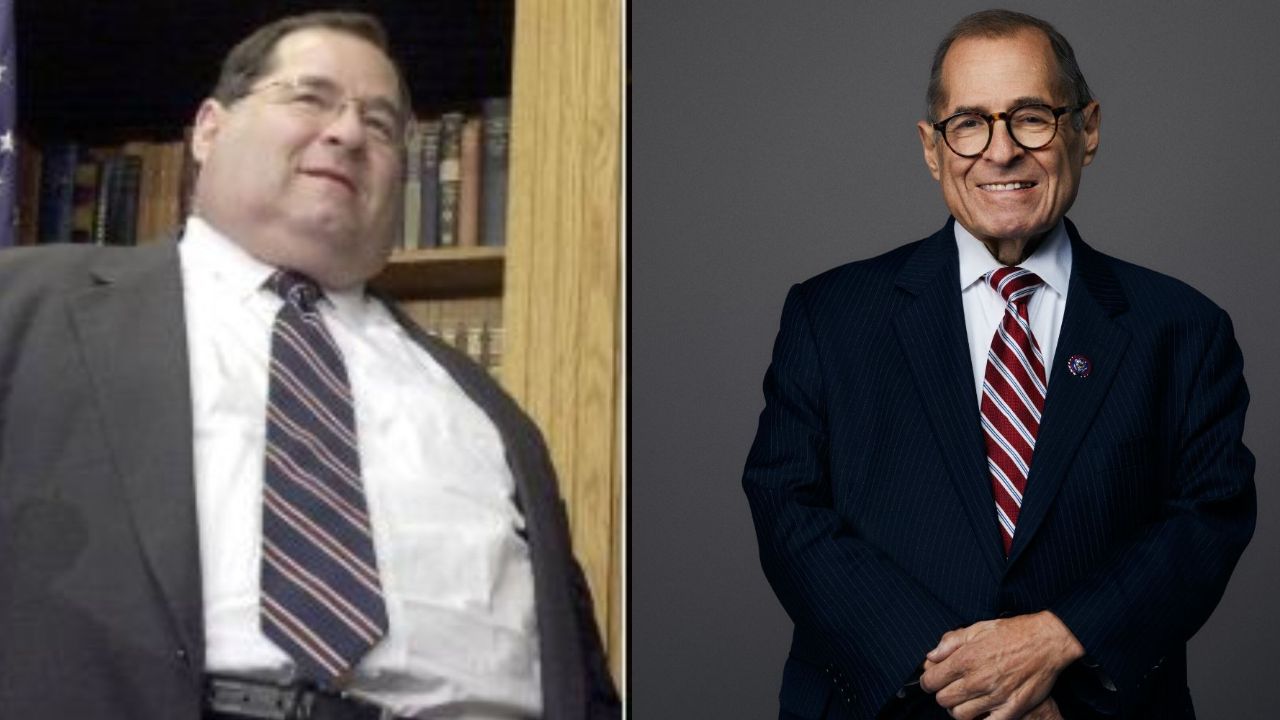 Jerry Nadler had a weight loss of 61 pounds in 2002 after he underwent stomach reduction surgery. The politician had a lot of health problems and was unable to do a lot of things when he was 340 pounds and his diet had not worked. Jerrold Nadler made changes in his diet after weight loss as he began to feel too uncomfortable whenever he ate more.

Jerry Nadler is an American lawyer and politician who has been serving as the U.S. representative for New York’s 10th congressional district since 2013. He is a member of the Democratic Party and is currently in his 15th term in Congress.

Jerry Nadler, throughout his life, has been overshadowed by his weight. His intellect was often ignored to take digs at his weight. This kind of thing ultimately made him resort to a drastic measure for weight loss. Continue reading to learn more about Jerrold Nadler’s weight loss and diets!

Previously, we touched on the weight loss efforts of Demi Lovato and Simon Cowell.

Jerry Nadler’s Weight Loss: The Politician Shed 61 Pounds in 2002; Check Out His Diet and Health Condition!

Jerry Nadler had struggled with his weight all his life. It might not have started big but as time went on, it became hard to ignore, and by the early 2000s, the dire need for weight loss presented itself when the politician could not even make it up even a single flight of stairs to the second floor of the Capitol to vote on the House floor and he had to use the elevator instead.

And as if that wasn’t enough, people were constantly reminding Jerry Nadler of his problem by saying that he had to have a weight loss which didn’t make him feel good.

I can’t tell you how many people — complete strangers — have come up to me and said, ‘Congressman, you’re doing a great job, and I want you to continue to be my congressman, so you have to lose weight.’ Imagine how that makes you feel.

Jerry Nadler was often the butt of cruel humor because of his weight which had no bearing on his professional and intellectual capacity. And even those who respected his formidable intellect and sharp political instinct often took a dig at him. Alfonse M. D’Amato, when he was a senator in New York, referred to him as Jerry Waddler in 1998 in a private meeting of politicians, which later became public. No wonder he took such a drastic step for weight loss.

Jerry Nadler never responded to those cheap shots and publicly shrugged off those incidents. But he admitted that it was hurtful and such remarks about his weight often wounded him. He said that he tries to ignore such comments and has learned to laugh it off but it had always been hurtful. This kind of incident always kept the thought of needing to have a weight loss in his mind.

Besides these comments, Jerrold Nadler’s weight loss was probably hastened because of the health issues and multiple diseases caused due to obesity. He had tried dieting as well but it had been futile. So, he went about losing weight more aggressively with bariatric surgery. After a bit of gentle prodding from his wife Joyce Miller who pulled information about the surgery from the internet and advice from a friend who had had the operation for weight loss, he decided to go ahead with the stomach reduction surgery. He had other issues as well.

I want to live to see my grandchildren grow up. How many grossly overweight 80-year-olds do you know?

Jerry Nadler was very well aware of the risk and knew that 1 out of 200 people died as a result of that procedure. But still, he did it because he was desperate for weight loss as he was extremely frustrated with having struggled with his weight all his life. And his weight had peaked at nearly 340 pounds on his five-foot, four-inch frame. In 2002 during a Congressional recess, he underwent stomach-reduction surgery at Mount Sinai Hospital in Manhattan.

After the stomach reduction surgery, Jerrold Nadler had a weight loss of 61 pounds, which was not much but a very good start for him as he was hoping to reach his ideal weight, 160 pounds.

Jerrold Nadler’s weight loss of 61 pounds brought great changes and he was no longer inconvenienced by his weight like before the surgery. He went from giving up riding the subway so that didn’t have to go through the tiring climb up and down the steps to walking more than 40 blocks very easily. In fact, it was quite surprising to him when he walked 40 blocks or so from his district office in Lower Manhattan to Penn Station very comfortably when pre-weight loss, he avoided walking even a few blocks.

Jerry Nadler changed his diet after the weight loss as he felt too uncomfortable if he ate too much. While pre-surgery, he used to consume a salad, a bowl of onion soup, vegetables, bread and butter, a 14-ounce rib-eye steak with french fries, and a dessert and wash it all down with Diet Coke, post-surgery, he began to order a 4-ounce steak sandwich, discard the Kaiser roll and eat only three-quarters of the meat. He stopped snacks altogether.

It has been many years since Jerry Nadler had that weight loss surgery. But he hasn’t reached his ideal weight and people haven’t stopped making fun of his size. Donald Trump had called him ‘fat Jerry’ in 2016 during one of their public battles. Even the staffers at the Democratic National Committee did not think twice before joking about his waistline.

One of them said that they thought Jerry Nadler had got his tummy tucked to which the other responded that he did but it all came back.

In 2019,  Ann Coulter shared his pictures on Twitter and mocked his physique publicly.