Jessica Chastain’s Parents: How is The Good Nurse Cast’s Relationship with Her Biological Father? 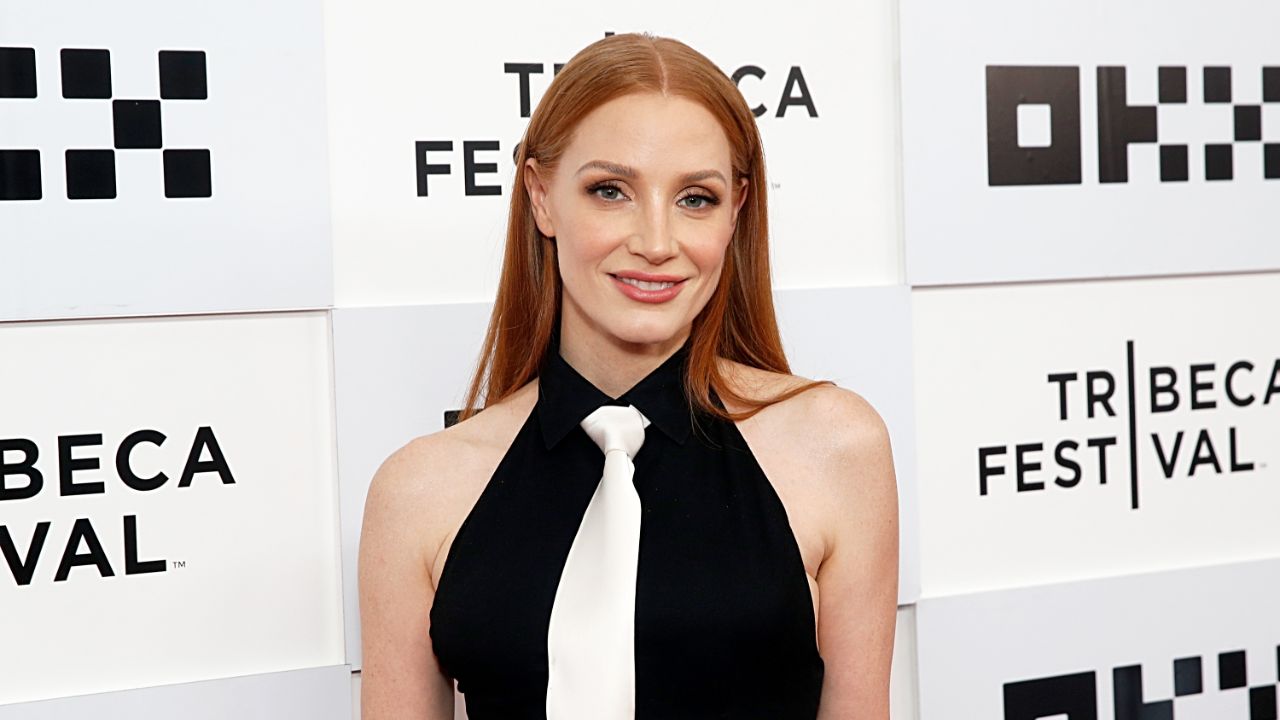 Jessica Chastain’s parents are Jerri Chastain, a vegan chef in Northern California, and Michael Hastey, a firefighter. Hastey, however, is her stepdad and her real father is a musician Michael Monasterio, whom she has never acknowledged. Even though Michael, one of her biological parents, often talked about her on social media, Jessica Chastain didn’t return the gesture and never mentioned his existence.

Jessica Chastain is one of the most talented actresses in Hollywood who has gained wide appreciation for her stellar performance in everything she does. She is especially noted for starring in films with feminist themes. She has earned three Academy Awards nominations with one win and a Golden Globe Award in her career.

Her acting career has gone impeccably with commercial success and critical acclaim side-by-side. However, the same cannot be said of her family life. She is estranged from her real biological father, she never acknowledged him, and never even went to his funeral after he died. She considers her mother and her stepfather to be her parents. Here are all the details about Jessica Chastain’s parents and their relationship!

Jessica Chastain’s Parents: Who Are The Actress’ Father and Mother?

Jessica Chastain (@jessicachastain) was born on March 24, 1977, in Sacramento, California to 16-year-old high school student Jerri Chastain and 20-year-old aspiring musician Michael Monasterio. Her parents were very young when they got married and their relationship crashed and burnt very soon after they had children. The way they ended up, their situation didn’t let the actress have a good relationship with both her parents.

Jessica Chastain’s mother Jerri Chastain is a vegan chef in Northern California and as for her father, the real biological one she refuses to acknowledge, not much is known about him. However, she does have a stepdad Michael Hastey and he is a firefighter. She considers her stepdad as one of her parents.

The relationship between Jessica Chastain‘s parents which started out when both were very young fizzled out as soon as it started. They were only 16 and 20 years old when they had Jessica. About two years after she was born, the couple had another child – a second daughter Juliet Chastain. Things started spiraling down between the parents after the birth of Juliet and not long after, they separated.

According to a family friend, Michael was a typical ’80s rocker, so he was definitely not innocent but neither was Jessica’s mom. Both of them were equally responsible for the way things turned out.

After the parents broke things off with each other, Jerri Chastain solely took care of her children and since then, Jessica Chastain maintained no contact with her father. The end of their relationship meant the same for the father-daughter duo as well. According to a family friend, Jerri ‘took off’ with the children and changed her name so Michael couldn’t find them. Apparently, Jessica was born Jessica Howard before she took her mother’s maiden name.

With only one of her parents present in her life, Jessica Chastain didn’t have a father figure in her life when she was growing up. She had to struggle while growing up because of financial problems as her mother worked hard to make ends meet. She revealed in an interview that she didn’t grow up with a lot of money and they (her and her mother and sister) were even evicted a couple of times when she was a child.

The Good Nurse cast took it very hard that only one of her parents was involved in her life and so, she never acknowledged the absent parent ever. Even when the absent parent later began to make amends (if making posts talking and appreciating them on Facebook posts could be called amends), she never returned the gesture.

Despite the estrangement, Michael Monasterio showed his support and appreciation of Jessica Chastain’s acting career. He posted comments on his public Facebook page back in 2010 about her film before the star found worldwide fame. He wrote, ‘My first baby Jessica Chastain, has a movie coming out May 27th with Brad Pitt and Sean Penn. She did nine movies last year just right on the cusp of being big.’

Michael, one of her biological parents, clearly much appreciated and adored Jessica Chastain. So, he felt very hurt and it broke his heart that she never mentioned his existence. He apparently was very upset when she ‘turned her back on him, especially after Jerri remarried and eventually started referring to her stepdad Michael Hastey as her father.’ Jessica once said in an interview.

My dad’s a fireman. I’m not happy about that. I’m proud but it scares me.

Jessica Chastain only considers Jerri and Michael Hastey as her parents and her real father Monasterio isn’t even listed as her father on the celebrity’s birth certificate. There is not a single photo of them together. She didn’t even attend his funeral when he died in 2013 after suffering from bronchitis.