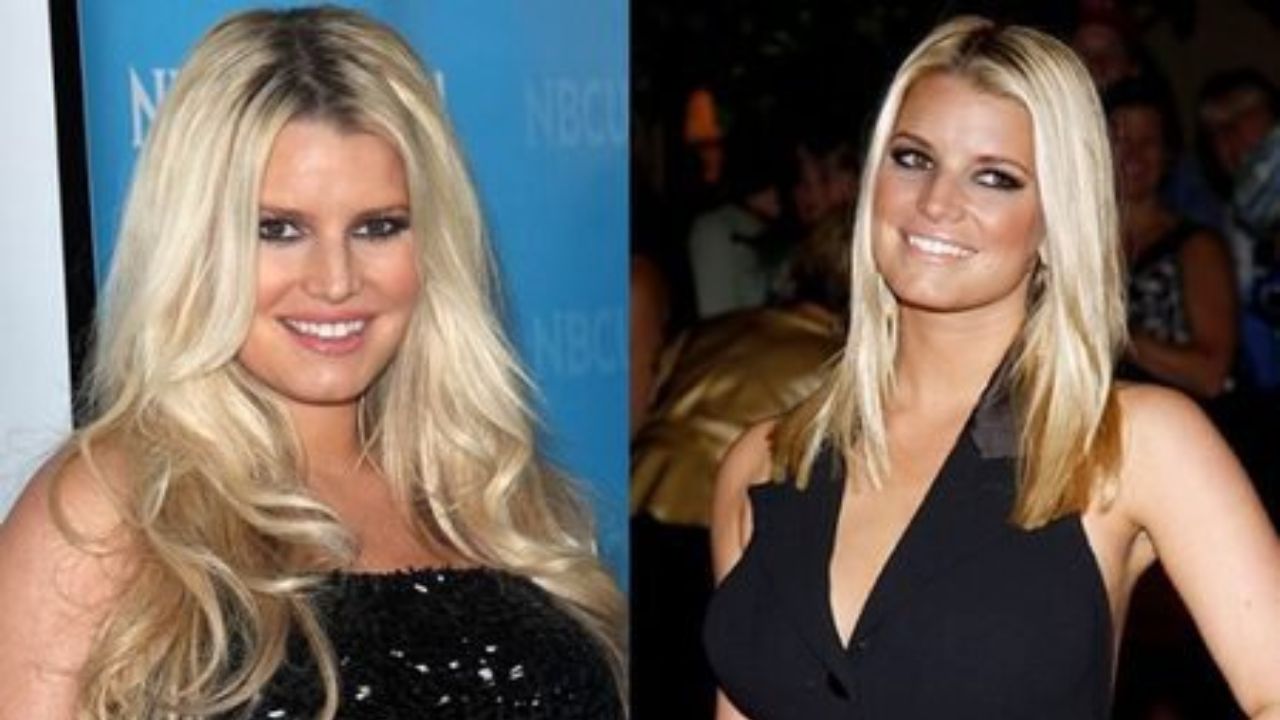 Jessica Simpson has been gaining weight and losing it for a long time. Jessica received many hateful comments about her weight gain and body, which skewed her ideas about what constitutes beauty. Jessica Simpson gained about 100 pounds after her third pregnancy, which she lost in six months.

Jessica Simpson is an American singer, actress, businesswoman, and fashion designer who rose to fame after she released her debut studio album Sweet Kisses which sold two million copies in America. She signed with Columbia Records in 1997 after being discovered while performing in church choirs as a child.

Simpson adopted a more mature image for her second studio album Irresistible whose title track became her second top 20 entry on the Billboard Hot 100. It was also certified gold by the Recording Industry Association of America (RIAA). In This Skin, Simpson’s third studio album, sold three million copies in the United States.

Besides fashion, Simpson launched The Jessica Simpson Collection in 2005, a fashion line of clothing and other items. She also starred in the reality television series The Price of Beauty in 2010.

Previously, we touched on the weight gain stories of Kelly Clarkson and Amy Adams.

Jessica Simpson (@jessicasimpson) is currently celebrating her body which has been through a lot and flaunting her fit figure on social media. On April 8, she posted on her Instagram page a selfie she took smiling at the camera showing off her body in an itsy bitsy pink paisley print bikini.

She looked amazing and more importantly, happy in it but what caught everyone’s attention and warmed their heart was the caption she wrote for the post. In the caption, Jessica Simpson wrote that she had a good proud cry because she finally reached the point of finally spring breaking wearing a bikini after going through lots of fluctuations in the weight.

She had gained and lost over 100 pounds three times already. That’s a lot to go through. But in the end, after lots of unstable and drastic fluctuations in her weight numerous times, she came out looking like that, which she pointed out was all the result of hard work, determination, and self-love.

This post of Jessica Simpson brings her fans back to her long journey of struggles with her weight and body image. She was very insecure and unfortunately had allowed her body to be the cause of her misery for a very long time.

From the excerpts she shared of her memoir Open Book which dates back to 2009, she provided an insight into how harshly she took the comments about her body despite being self-aware about it. One such entry read, ‘Today my heart breaks because people say I’m fat. Why does the cruel opinion of this world get to me?”

Jessica Simpson, however, has not chosen to suffer in silence and has shared every excruciating detail about the hurt and effect the comments on her body had on her and her journey of frequent weight gain and losses. During her pregnancy with daughter Maxwell in 2011, she gained 60 pounds after which she initially began to feel insecurity arise out of losing the perfect body shape she had in the 2000s.

After she gained weight, she became a Weight Watchers ambassador. Jessica Simpson was reported to have sought a quick fix to the problem i.e, weight loss surgery. After two doctors suggested she not take that route, the 60 pounds she gained, she shed in five months with the help of a trainer.

Before that, Jessica was a sort of fitness sensation. When she starred alongside Johnny Knoxville in the remake of The Dukes of Hazzard in 2005, her muscular legs became a star in their own right.

She suffered one fashion misstep when she wore a mom jeans that was not very flattering, which led to her being bullied for having a fuller figure in 2009. But other than that, she had always been on the fitter side.

Jessica Simpson’s second pregnancy with son Ace in 2013, she had already learned from the first one and managed to avoid a similar weight gain by working out. She revealed that she had gained only half of what she did in her first pregnancy in the second one by working out three times a week.

The singer told that the first time she was pregnant, she really let herself go because she felt like she deserved to eat whatever she wanted.

During her third pregnancy when she saw the biggest weight gain, the pop star documented the journey and shared photos of her swollen ankles to show how much her body changed while pregnant.

Within six months of delivery, she pulled off an unbelievable weight loss of 100 pounds which she shared on her social media. She started at 240 pounds and cut down to 140.

The singer managed this feat with the help of celebrity trainer Harley Pasternak over the years, who had her hitting up to 14,000 steps a day on her Fitbit.

In 2021, in an interview with Hoda Kotb on The Today Show, Jessica Simpson updated the public about her latest take on weight gain and revealed that she had resolved to not let her weight define herself.

She got rid of the scale she used to keep track of her weight. She compared her scale to an Ouija board in church, which was things to be thrown out.

The fashion designer revealed that she did not know how much she weighed as she had stopped caring because she just wanted to be able to feel good and zip her pants up.