Jhene Aiko’s Plastic Surgery: Lipstick Alley Discussions About The Singer’s Cosmetic Surgery; Check Out Her Before and After Pictures! 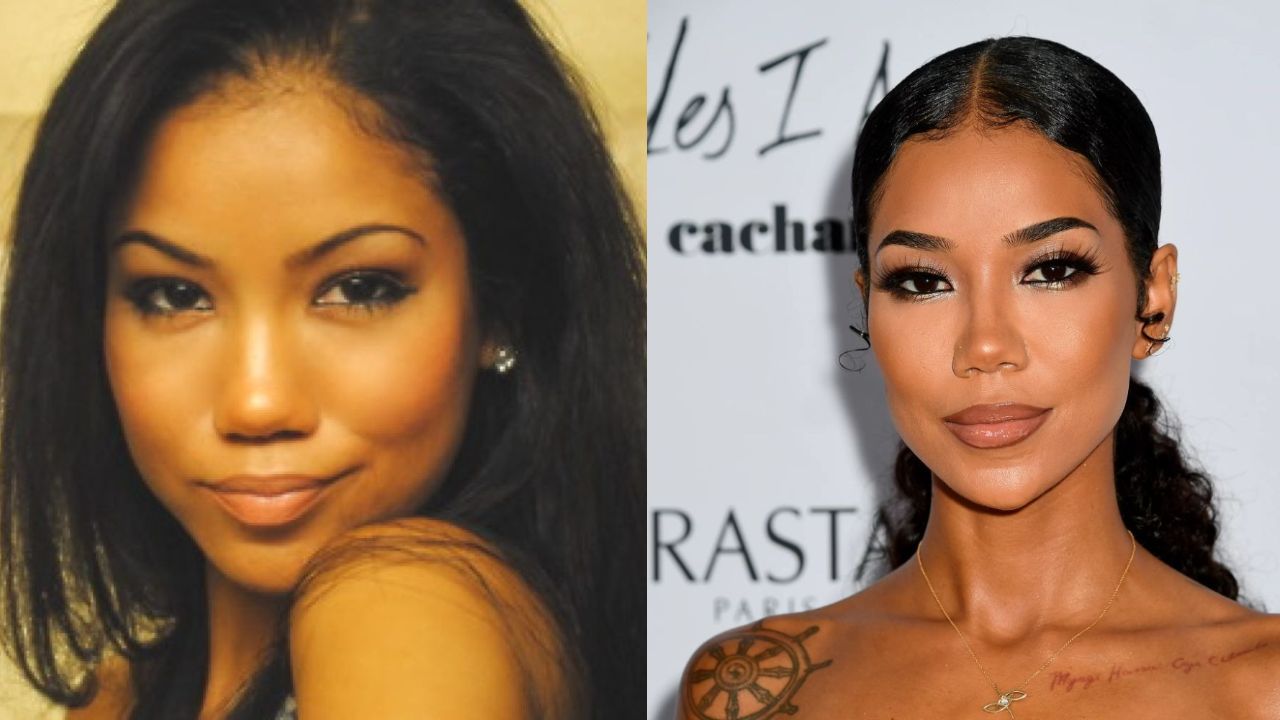 Jhene Aiko is suspected by many fans of having undergone plastic surgery to change her eyes, nose, cheeks, and lips. They speculate that the singer is not a natural beauty and has had eyelid surgery, a nose job, cheek fillers, and lip fillers while some others think that she has just grown into her looks. Jhene Aiko has never confirmed that she has had plastic surgery.

Jhene Aiko is an American singer who started her music career by contributing vocals and appearing in several music videos for R&B group B2K. In 2011, she released her first full-length project, a mixtape called Sailing Soul(s) after which she got a recording contract with American record producer No I.D.’s record label ARTium, under the aegis of Def Jam Recordings.

She released her first project for Artium and Def Jam, an extended play (EP), titled Sail Out in 2013. The EP was supported by the singles 3:16 AM, Bed Peace (featuring Childish Gambino), and The Worst. The latter went on to become certified platinum by the Recording Industry Association of America (RIAA).

Only in 2014 did Jhene Aiko release her major label debut album Souled Out and three years later, she dropped her second studio album Trip. Her third one called Chilombo which got her three Grammy Award nominations were released in 2020.

Though she is much celebrated for her music, lately there has been a rise in the number of people discussing her plastic surgery. As soon as she started to be considered stunning, people started to examine her looks closely and speculate she has had work done. And the debate whether she was a natural beauty or not started. Here are all the details about Jhene Aiko’s plastic surgery!

Previously, we touched on the plastic surgery efforts of Cris Cyborg and Melissa Gorga.

Jhene Aiko (@jheneaiko) has massively transformed when it comes to her appearance which is suspected to be the result of plastic surgery. Fans have pointed out how her eyes, nose, cheeks, and lips do not look the same as before anymore. So, she must have had a nose job, eyelid surgery, cheek fillers, and lip fillers, if those speculations are true.

It didn’t take very long for fans to start plastic surgery speculations about Jhene Aiko. Just a few years into her career which was coincidentally the same time that they discovered photos from she was a teen and when she looked much different. And just like that, the conversation about her no longer contained to just her music and relationships, but also her cosmetic surgery.

The discourse about Jhene Aiko’s plastic surgery started on several gossip sites, mainly Lipstick Alley. In a thread that was created to have opinions on whether she was a true beauty or plastic surgery, many people leaned towards the latter. A lot of users seemed to notice that the singer had completely different eyes and nose from before and knew that she most likely got them done.

Almost all of the Lipstick Alley community thought that Jhene Aiko had debulked the tip of her nose and brought it in. Many also thought that her cheeks had changed as well though that was more subtle than in the other works. Likewise, some suspected she had her lips done too.

There, however, were some others who refused to believe that she was anything but natural beauty. They argued that people were comparing pictures of her when she was a teen to the ones in which she was an adult which was not a fair comparison as teens had much growing up to do in terms of looks. This way, even the natural changes were bound to be called plastic surgery is what they said though how the shape of the nose changes as one grows up is something they have not explained.

Such people were immediately taken down by other fans who countered that while most of Jhene Aiko’s works weren’t more obvious, her nose job was ridiculously easy to spot. Because when she did her nose, she destroyed the unique looks of her heritage. She, the gossipers, said wasn’t one of those black/mixed women celebrities with their natural round, broad noses so, she got plastic surgery to make it smaller.

Others appreciated how Jhene Aiko was like only 35% Asian but those genes were super strong in her. They said that her nose looked typically Asian due to the flatness of it because black noses were wide but never flat and even the widest of back noses have a noticeable bridge. Either way, her nose was ‘ethnic’ and she got plastic surgery to change that.

Some fans who insisted that she was a natural beauty said that her looks did drastically change after giving birth because she was depressed afterward and lost all that weight. Her face lost her baby fat for a few years which made all the difference which was not necessarily plastic surgery.

Others dismissed the speculations that Jhene Aiko had cosmetic surgery while not rejecting speculation about her plastic surgery. They said that she had ‘work’ done on her face to reconstruct her face after the accident she had had and that it was easy to tell because you could see scars on her face throughout the years.

But people on Lipstick Alley who were just there for the gossip were simply not having the stan behavior and mental gymnastics to make out that she had never had plastic surgery and just continued on with saying that Jhene Aiko was not a natural beauty and she had gotten plastic surgery for cosmetic reasons. They appreciated the work she had done which, they said, didn’t look obvious but very good. They also said that she was suddenly hailed as stunning only after surgery because she looked different from before when she had always been around.

It should be noted that Jhene Aiko has never confirmed or denied any of these plastic surgery speculations.

The singer and her boyfriend Big Sean recently took inspiration from the movie Juno for Halloween and got dressed as the title character Juno MacGuff and Juno’s boyfriend Paulie Bleeker respectively. Their Halloween costumes were one of the best ones this year.