Jimmy Carr’s Plastic Surgery in 2022: How Does the 50-Year-Old Comedian Look So Young Now? 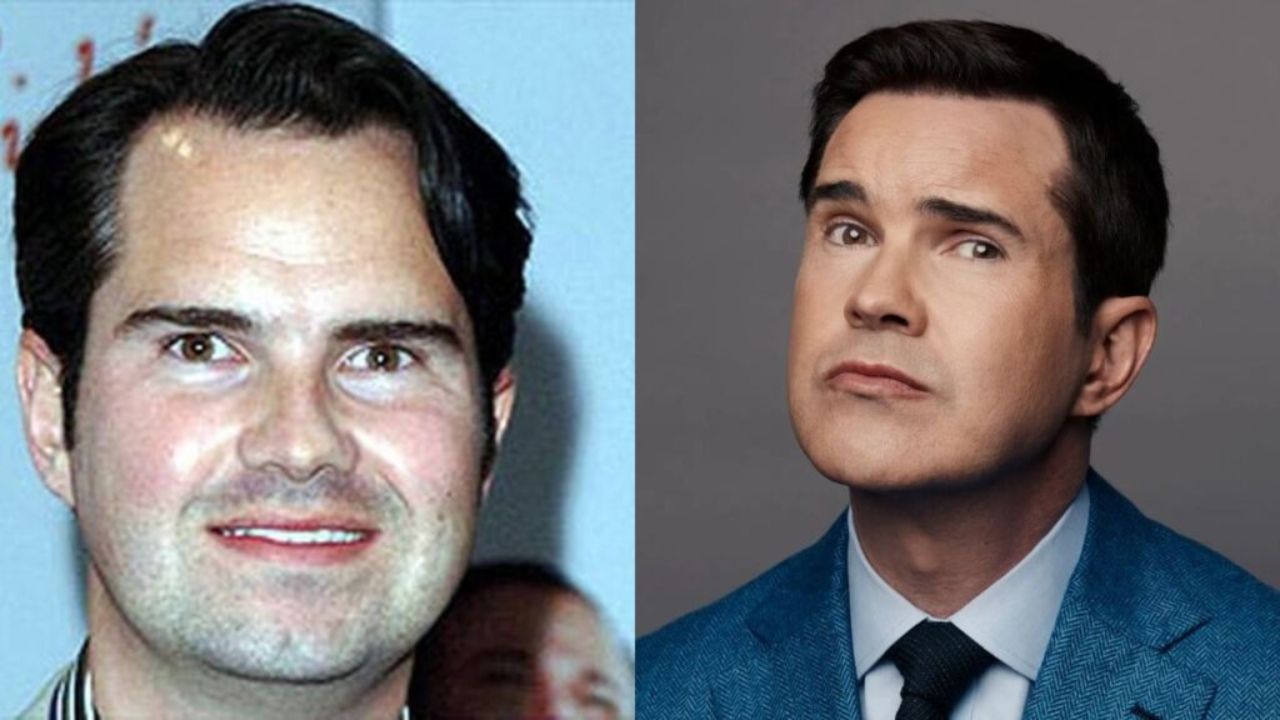 James Anthony Patrick Carr aka Jimmy Carr is a comedian, presenter, writer, and actor of British and Irish origin. He is well-known for his deadpan delivery of controversial one-liners, as well as his distinct laugh, for which he has received both praise and criticism. He began his comedy career in 1997 and has since hosted Channel 4 panel shows such as 8 Out of 10 Cats, 8 Out of 10 Cats Does Countdown, and The Big Fat Quiz of the Year.

Carr was born on September 15, 1972, in Hounslow, London, England, as the second of three sons to Irish immigrant parents Nora Mary (19 September 1943 – 7 September 2001) and Patrick James “Jim” Carr (born 1945), an accountant who became the treasurer for computer company Unisys. His parents married in 1970 and divorced in 1994.

Recently, on the Christmas special of 8 Out of 10 Cats Does Countdown, which aired on Channel 4 on December 23, Jimmy Carr joked that he’d have to find another way to dispose of his body because he’s had too much plastic surgery. And the TV star also hinted that he won’t be able to be cremated when he dies.

When he’s popped his clogs from all the cosmetic work he’s had done over the years, the comedian joked that it would be very dangerous to go near any flames. With this, many people have been wanting to know more about all the plastic surgery procedures he has undergone. Well, we’ve got you covered.

Would you also like to check out the plastic surgery stories of Kimbella and  Sheryl Crow.

Jimmy Carr’s Plastic Surgery in 2022: The Comedian Has Received Botox, Fillers, and Hair Implants to Appear Younger, and Seems to Be Quite Open About It!

Last year, Jimmy Carr (@jimmycarr) was chastised for his sickening Holocaust joke in his Netflix special Dark Materials. According to many of his fans, the comedian’s humorous style needed to be updated, just like how he has improved his appearance over the past year, where the 50-year-old has undergone various plastic surgery such as Botox and fillers to appear younger as well as teeth whitening.

Meanwhile, the comedian seems to have been very open about the surgeries he’s had. He hasn’t mentioned a facelift, but botox, veneers, and a hair transplant are definitely on his cosmetic surgery wish list. Jimmy felt that he need to maintain his appearance in order to match his TV persona back in 2021.

Recently, Jimmy Carr welcomed comedians Jack Dee, Lee Mack, Rose Matafeo, Joe Wilkinson, Jon Richardson, and Stevie Martin into the studio to play the iconic numbers game. But it didn’t take long for the conversation to shift to Jimmy’s mortality, with Rose Matafeo asking Jimmy if he wanted to be cremated.

It happened during a comedic segment in which she pulled a cracker with comedian Lee Mack and dust flew out, prompting her to joke that it was her grandpa’s ashes. And asked if he’ll be cremated, to which Jimmy replied, “No. I believe it would be extremely dangerous to place this amount of plastic near a fire.”

The entire studio burst out laughing, with Jack Dee and Jon Richardson among those laughing at the morbid joke. In the flow, Jimmy revealed also revealed that he’s had several types of cosmetic surgery in the past. Later, on Gabby Logon‘s Mid-point podcast he said:

I’ve had a little bit of Botox, some filler – everything I can get done. My face is now like Trigger’s broom from Only Fools And Horses, very little of the original is still there. Maintaining is the thing I don’t think there’s anything you can do plastic surgery wise, or augmentation wise, that makes you look better, you can just sort of stay the same, that’s what you can hope for.

Jimmy Carr also explained he had the hair transplant procedure after worrying he was beginning to resemble a snooker-playing vampire. Jimmy used a graft from his own hair after telling the surgeon he wanted to look like “an Armenian cab driver” despite joking that he wanted to use his pubic hair for the procedure.

In June of last year, he debuted his new look on the BBC football show Peter Crouch: Save Our Summer, with presenter Maya Jama remarking that he looked different. Where Jimmy explained: “I tell you what I did, I went and had a hair transplant. I kind of had a look of a snooker-playing vampire.”

Additionally, Jimmy’s gleaming teeth are also the focus of attention. The comedian transformed himself over the course of three days shortly after the lockdown ended in 2020. He revealed he was in the chair for a back-breaking 24 hours for the first two days during which the dentist gave him Rohypnol causing a dream-like haze. Later, at the Just For Laughs festival, he stated, “I’ve had a lot of work done. I got my teeth knocked out and put back in.”