Joe Biden’s Plastic Surgery: Rumors of Facelift and Hair Transplant; Look at the Before and After Pictures! 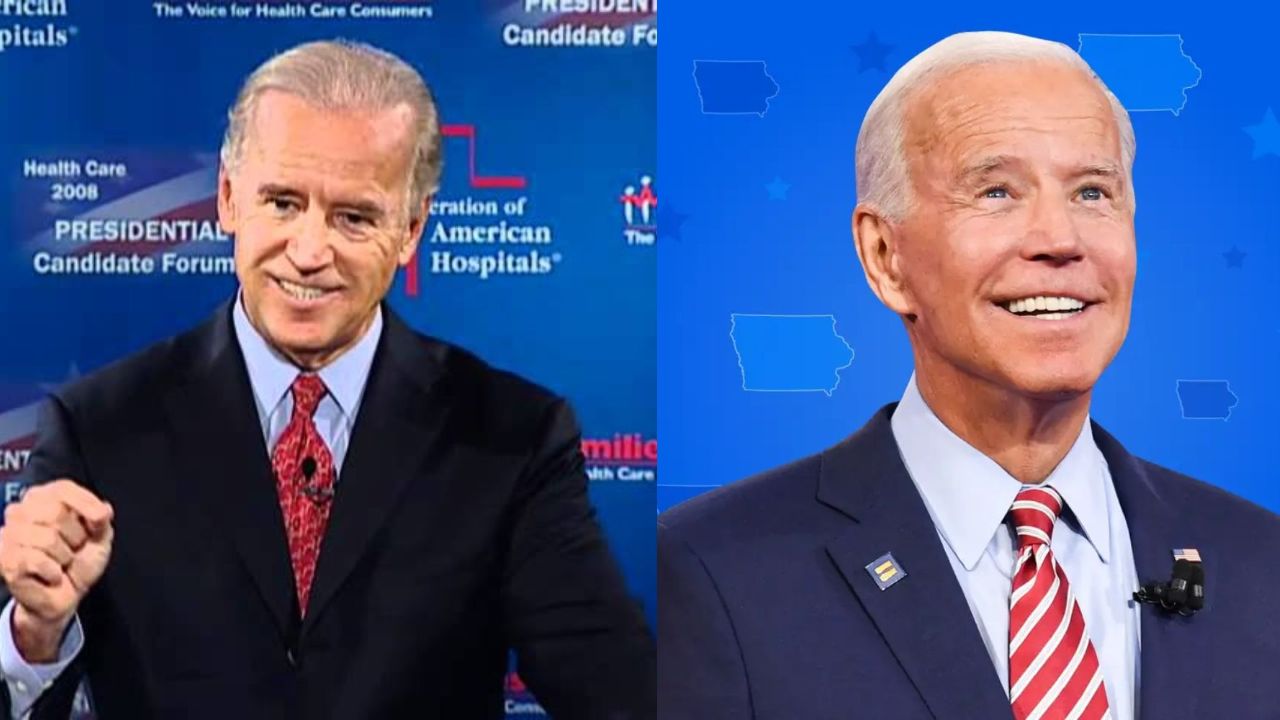 Joe Biden is suspected of having undergone plastic surgery including Botox, fillers, facelifts, hair transplants, and dental veneers. The current President of the United States of America had been speculated to have cosmetic works done ever since 2008. In 2008, Joe Biden had his team deny that he had plastic surgery but since then, he has not responded to any other speculations.

Joe Biden is an American politician who is currently serving as the President of the United States. He is the 46th President of America. He is a member of the Democratic Party and he has also previously served as the 47th vice president from 2009 to 2017 under former President Barack Obama and represented Delaware in the United States Senate from 1973 to 2009.

In the 2020 presidential election, Joe Biden and his running mate, Kamala Harris, defeated Donald Trump and became the oldest president in U.S. history and the first to have a female vice president.

He might be the president of America but not even he is immune to speculations about plastic surgery. In fact, he started to get scrutinized in 2008 shortly before he was elected to the office of vice president. Continue reading to learn more about Joe Biden’s plastic surgery!

Previously, we touched on the plastic surgery efforts of Dwayne Johnson and Bella Thorne.

Joe Biden Before and After Plastic Surgery: The Current President of The USA Is Suspected of Having Botox, Filler, Facelifts, and Hair Transplants!

Joe Biden seems to have undergone a lot of cosmetic surgery to maintain his looks and enhance his appearance. He has supposedly erased the wrinkles and lines of his face and forehead, altered his hairline, and whitened his teeth by getting dental veneers. Such reports of him getting all the plastic surgery go back as far as 2008.

Plastic surgeons say that he had begun to change his appearance during the 2008 presidential campaign. He allegedly installed dental veneers and got Botox injected into his face at the time. Though he has not confirmed those speculations, we do have the opinions of experts about his plastic surgery.

If Dr. Barry Cohen, a plastic surgery expert from Washington DC is to believed, Joe Biden underwent Botox, fillers, a facelift, and hair transplants. In a conversation with The Washington Examiner, he said,

Without any question, Joe Biden had hair transplants. In fact, he had bad plugs years ago. Subsequently, he filled in his frontal hairline to camouflage the bad ‘Barbie doll-esque’ plugs. I suspect he has regular Botox and probably filler. If he had a facelift, he needs another.

Another plastic surgeon Dr. Oleh Slupchynskyj went extra with discussions about Joe Biden’s plastic surgery when he told The New York Post he ‘would bet his next paycheck’ that Biden had work done. He also said that it appeared that Joe had some kind of ‘lateral brow/eyelid lift.’

Whether it be a string lift or a formal surgical lift, it’s hard to say. But I would bet on some kind of lateral brow lift with strings or non-invasive technique.

In response to such extra plastic surgery accusations, Joe Biden spread the words of denial that he has undergone any cosmetic surgery through his team. What his spokesman said about such claims by experts, to be exact, was,

In 2012, plastic surgery claims began again and the speculations that Joe Biden was fitted with either porcelain veneers or a porcelain bridge hit the roof after his vice-presidential debates against Paul Ryan. A plastic surgery expert from Beverly Hills, Dr. Lawrence M. Koplin said in an interview with the Examiner that his procedures are not perfect, but they are well-done.

A blog site added to the discussion of plastic surgery and more or less claimed that Joe Biden has gone under the knife. As per that site, Joe had some work on his wrinkles which most likely meant either facelift or some other non-surgical procedures. He also allegedly got porcelain veneers and a hair transplant to have a youthful look.

Joe Biden is suspected of having a facelift in numerous accounts. A plastic surgery expert Dr. Steven Davis told that Joe definitely had a facelift which was kind of obvious from the scars along the ear cartilage (tragus) being pulled outward. He also pointed out that he could have had Botox along with a facelift.

Davis is not the only person to think that Joe Biden had gone under the knife. Remember the time when Donald Trump infamously mocked Joe Biden for having plastic surgery and then covering it with a mask? He also did it again next year, only this time he mocked Joe’s ‘awful facelift,’ which was revealed in an excerpt from the book Frankly, We Did Win This Election: The Inside Story of How Trump Lost, by Wall Street Journal reporter Michael Bender as obtained by Fox News.

Also, Joe Biden was trolled the second time he got Covid for faking it in order to get a cover for a facelift. Some people seriously believed that when he made an appearance after he tested negative that his face had a more lifted appearance and his skin was notably smoother and his eyes wider.

However, except for the first time in 2008, Joe Biden has not prioritized responding to the plastic surgery speculations. As a President of a whole country, he seems to have other things on his mind than confirming or denying the cosmetic works people think he has done.