Joel Osteen’s Plastic Surgery: The Pastor’s Opinions on Cosmetic Surgery; Look at the Before and After Pictures! 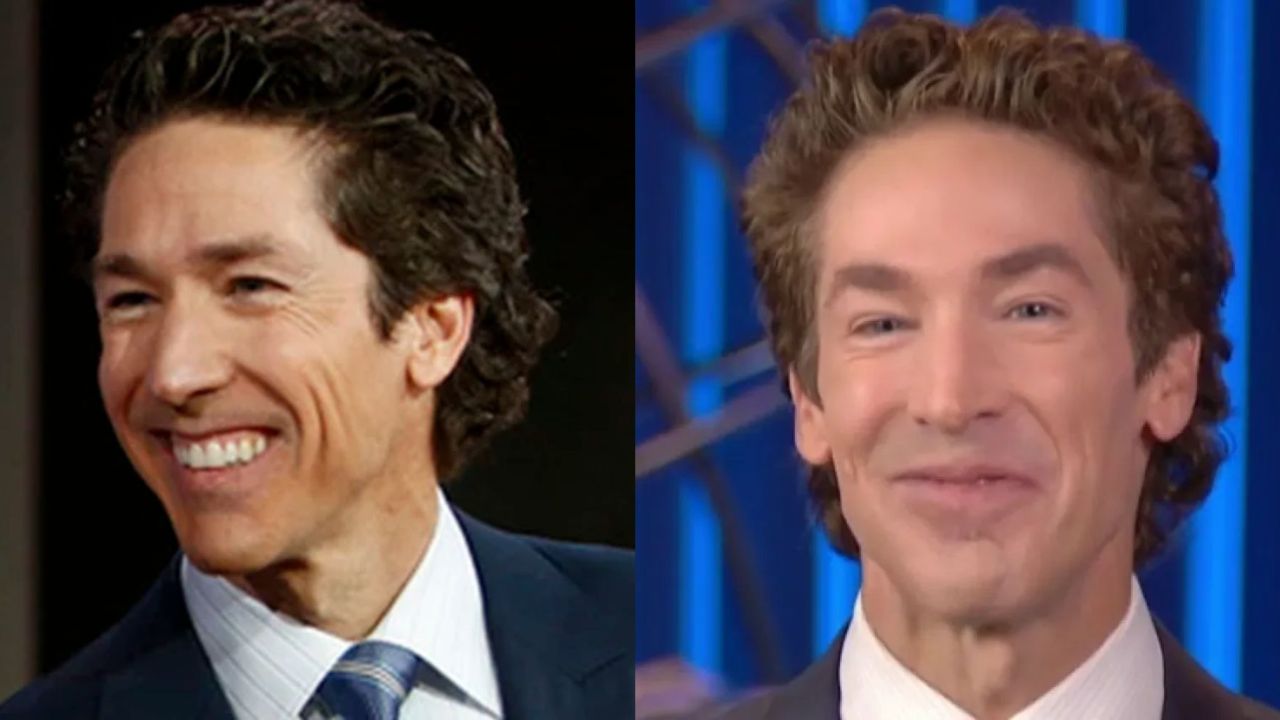 Joel Osteen is believed to have undergone plastic surgery including Botox, fillers, and an upper eyelid tuck by an expert. The pastor himself has not ever confirmed that he has gone under the knife. However, Joel Osteen once admitted that he wanted to look good and he had not ruled out the prospects of plastic surgery.

Joel Osteen is one of the most controversial religious figures in America. He is a pastor and author based in Houston, Texas. He is also a televangelist who is known for his weekly televised services and several best-selling books. One of the most prominent figures associated with prosperity theology, he has often found himself surrounded by criticisms for his insane wealth.

Joel Osteen was born to John Osteen who himself used to be a Southern Baptist pastor in Houston, Texas. His father had founded Lakewood Church and he used to be the current senior pastor of the church. Joel went to Humble High School, a public high school in the city of Humble, Texas, and graduated in 1981. He then went on to study radio and television communications at Oral Roberts University in Tulsa, Oklahoma but he never graduated.

Also, he has never received a degree from a divinity school. His profession as a pastor just started in 1999 when his father died unexpectedly of a heart attack and he stepped in for him. In 1982, after he returned to Houston, he founded Lakewood’s television program and since then, had produced his father’s televised sermons for 17 years until then.

He has had a lot of scandals ever since he became a pastor. One of the relatively less problematic things about him is his decision to have plastic surgery. He has never admitted he had had work done but he once said he saw nothing wrong with it. And he has started looking very unnatural now. Let’s find out more about Joel Osteen’s plastic surgery!

Previously, we touched on the plastic surgery efforts of Laura Dern and Austin Butler.

A lot of people suppose Joel Osteen (@joelosteen) has had plastic surgery and he looked better before he went under the knife. He is believed to have had Botox and fillers. An expert thinks he has had an upper eyelid tuck.

Plastic surgery is probably the least controversial thing about Joel Osteen. There are a large number of people who believe that Joel, as a pastor, should not be indulging in something as shallow as cosmetic surgery and should be above it because it only is a symbol of vanity. These are the same people who have become vocal in their criticisms of the pastor as he started to transform not very subtly because unfortunately for him, he could not find a good plastic surgery expert.

Joel Osteen himself might not be very fond of the work he has had. He, for sure, has had Botox injected into his forehead because the difference in his face pre and post-Botox is very obvious. Those who had been criticizing him for getting plastic surgery might feel vindicated about that ‘for betraying faith’ because he does not look good with his cosmetic surgery.

Sure, now there are no wrinkles visible on Joel Osteen’s forehead but does he necessarily look youthful for the lack of wrinkles? He passed the youthful-looking phase, couldn’t figure out when to stop, kept going on, and now has reached that uncanny valley territory because he straight-up looks weird. He no longer looks natural. Wrinkles were so much better than whatever he has now, which is an unnaturally shiny and smooth forehead.

And not to mention his unnatural-looking facial skin. He looks like he had Botox injected into every area of his face and hence the overly smooth and shiny skin. He looks like he could be a wax statue now. Shame for him as he only wanted to look good. And now his forehead is so stiff and he can’t move it now and he looks ridiculous. He probably regrets the time when he decided that he would get plastic surgery. He probably sees something wrong with it now.

Because in 2007, in an interview with People, Joel Osteen had told that he did not see anything wrong with plastic surgery. How poorly that quote aged for him! He had said that he wanted to look good so he hadn’t entirely ruled out the prospects of having cosmetic surgery.

And the televangelist went ahead with it, by the looks of it because besides that confession of his thoughts on plastic surgery, he has never talked about actually having had work done. But people think his wife’s looks also speak volumes about his cosmetic surgery because she too looks very unnatural and birds of a feather flock together. Anyway, he may not have yet admitted to it but we do have the opinions of an expert.

Dr. Otto Placik told in a conversation with The National Enquirer that Joel Osteen appeared as though he had a lot of botox and fillers. He also said he had an upper-eyelid tuck.

He looks five years younger than he did 11 years ago. You couldn’t even see his upper eyelid line 12 years ago, and now you can clearly see the upper eyelid skin and crease.

Dr. Placik also claimed that Joel Osteen’s plastic surgery, if he actually had what he appeared to have, would have cost him a whopping $36,000.