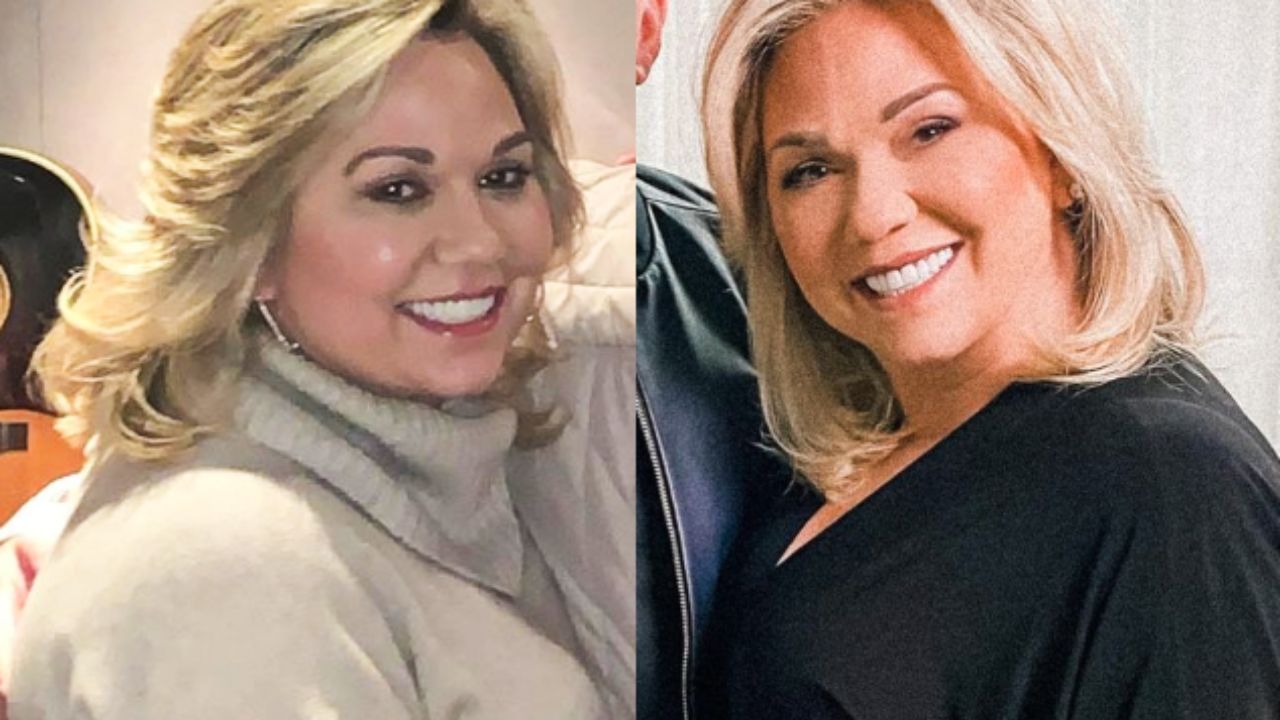 Julie Chrisley recently posted a clip about her weight loss journey. She claims that she lost 35-lbs with the help of Nutrisystem and her family members. The breast cancer survivor followed a strict diet and balanced exercise to get in her dream shape. Fans are eager to know about Julie Chrisley’s weight loss journey in detail.

Julie Chrisley is a renowned reality television personality who rose to prominence after appearing with her husband, Todd, and their children on the USA Network series Chrisley Knows Best. The series has given all of the Chrisleys tremendous celebrity, as it follows the lives of Todd Chrisley, a rich Georgia real estate entrepreneur, and his family.

Julie, as the matriarch of the rich and happy family, is one of the show’s most loved characters. She is recognized as a role model by many wives and mothers in American society, as she is chubby with a quick smile and a maternal attitude.

Julie Chrisley has the aura of a happy and fulfilled woman who appears to have it all: name, fame, fortune, happy children, and a loving soul mate for a husband. She is always well-groomed and finely dressed. However, the reality star’s life is not all sunshine and roses; she is a breast cancer survivor. She was diagnosed with a dreadful condition in 2012 and decided to have major surgery.

As a public figure, she speaks openly about her cancer battle and subsequent recovery in order to support and motivate other women who are going through the same thing.

Recently, Savannah Chrisley, Julie’s daughter, posted a picture of herself and Julie where Julie Chrisley was seen losing some serious weight. Fans have been curious to know the details of her weight-loss program.

Previously, we touched on the weight loss efforts of Jenna Bush Hager and Emily Engstler.

In their beautiful backyard, the mother and daughter posed for a picture. Julie wore some form-fitting black athletic clothing that highlighted her new body perfectly.

Savannah wore leggings and a sports bra that showed off her abs to perfection. Savannah was ecstatic to brag about her mother’s achievements.

She captioned the post, “Can we talk about how AMAZING my mama looks ?? I LOVE YOU.” Julie Chrisley also received a flow of positive notes in the comments section, encouraging her on her health journey.

Since joining Nutrisystem, Julie has dropped 35 pounds. In an interview with HollywoodLife, she told,

I tell people Nutrisystem was truly a game-changer for me. I turned to Nutrisystem a couple years ago and have never looked back. I initially lost 20 pounds on the program, but I’ve lost 15 more since teaming up with Todd on the Nutrisystem Partner Plan. 35 lbs down and I feel amazing!

Julie Chrisley herself also posted a clip about her weight loss journey. She thanked Nutrisystem and her family for her achievement. She also mentioned that she now knows the importance of a diet and a balanced program.

Julie also discussed how her breast cancer experience influenced her weight increase. She told that breast cancer made her feel like the deck was stacked against her, and she was gaining weight. Julie has been keeping us informed about her weight loss progress.  She reached her 30-pound weight loss goal in January 2022.

Todd Chrisley, her husband, had joined her in the effort to reduce weight after contracting COVID, which had harmed his metabolism. He lost 18 pounds, bringing their total weight loss to 48 pounds.

Julie Chrisley claimed she had lost 20 pounds in April 2021. Julie has put in a lot of effort in her weight loss journey, and it has paid off.

Will There Be Season 10 of Chrisley Knows Best?

The Chrisleys are either people you love or people you hate. Whatever you think of patriarch Todd Chrisley, his family has a significant following. And, despite an outstanding nine seasons, it appears that fans are still hungry for more. Will there be additional seasons of Chrisley Knows Best?.

Chrisley Knows Best has not been renewed, although it has also not been canceled as of this writing. According to some sources, whispers about the show’s potential cancellation have been circulating on the internet for some time, but viewers may rest assured that no formal statements have been made.

The ninth season of Chrisley Knows Best premiered on August 12 and finished the final episode in December. There is normally a five-month gap between each season, so there may be a little pause before the next one airs.

The series’ outstanding ratings and devoted fan base have continued for nine seasons, indicating that there is still more of their story to tell. The spinoff, too, indicates that viewers are still interested in what the Chrisleys are up to.