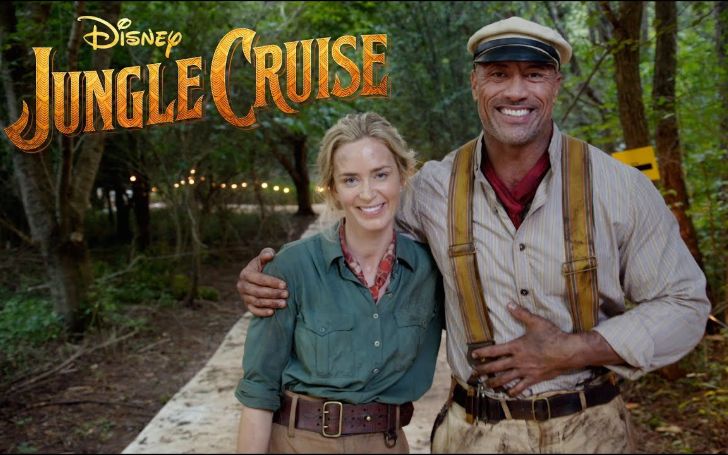 With Disney set to release its awaited movie Jungle Cruise, Dwayne The Rock Johnson has already hinted us with the planning of Jungle Crusie 2. Is it bombastic or blustering!

Yes, you heard it right! Though Disney’s Jungle Cruise is yet to hit theaters as its production by fact was put to hold due to COVID has already started to swirl rumors regarding its other part.

Jungle Cruise without a doubt is one of the anticipated Disney movies of 2021 as it stars Hollywood’s biggest faces like The Rock & Emily Blunt. And the 49 years old Dwayne teasing about another sequel just added more hype into the movie.

Shortly after we fans got to known the release date of the Jungle Cruise which is set to hit the theaters and streaming platform Disney+ on July 30. The adventure pack-filled Cruise has been gaining more recognition as Disney made the movie more intriguing by releasing trailers, creatives, shorts, aside from feature in The Rock super popular social media handles promotion.

You May Like: Gunpowder Milkshake Filming Locations – Where was the 2021 Netflix Movie Filmed?

Talking about the cast members, Cruise features some of the versatile and fan-loved stars like Emily Blunt who portrays the role of Lily Houghton, Dwayne Johnson as Frank Wolff, Jesse Plemons as Prince Joachim, Paul Giamatti as Nilo, and more.

So aren’t you excited for the movie release? For more Trending news and updates of the recent shows, make sure to keep locked in with House & Whips.