Kathy Najimy’s Weight Loss: How Did The Hocus Pocus 2 Cast Lose So Much Weight? Check Out the Before and After Pictures! 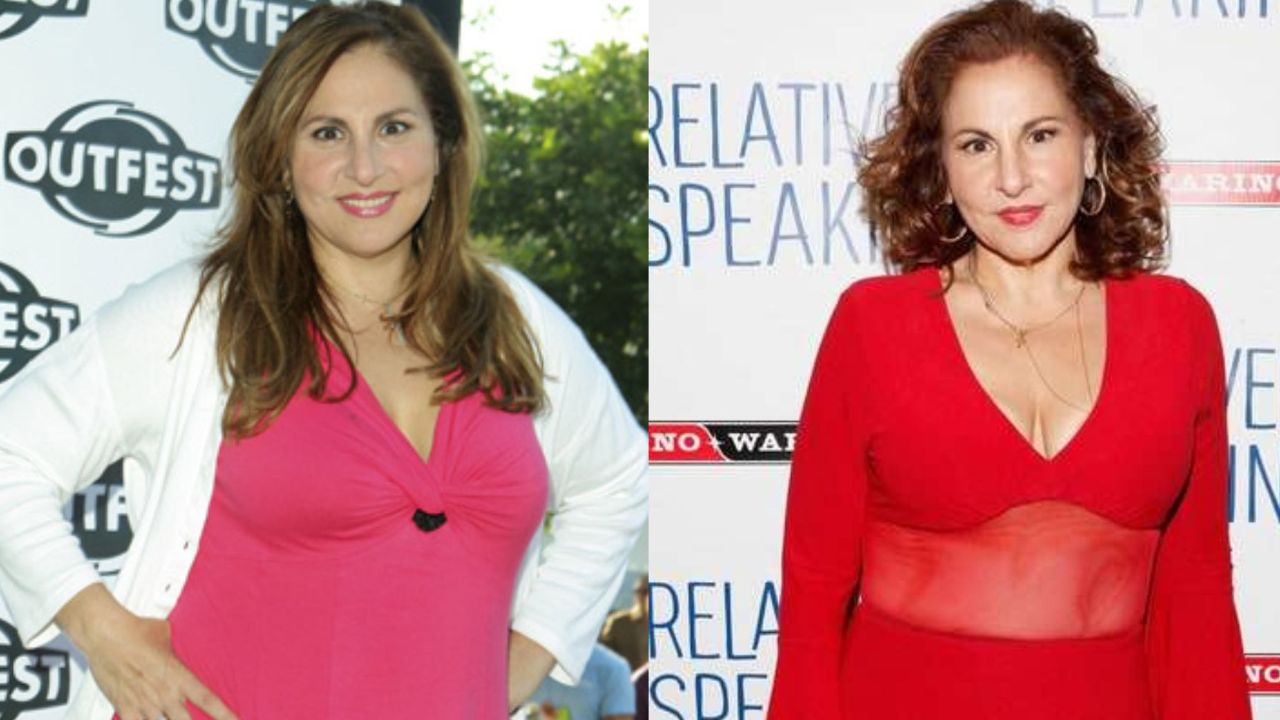 Kathy Najimy had a significant weight loss of 50 pounds after she took up Zumba after any other health regimes failed to work for her. Since then, the Hocus Pocus 2 star has advocated for it by speaking of the physical and mental well-being and advantages of the workout method. Kathy Najimy had almost had surgery for weight loss when nothing worked before she settled on Zumba.

Kathy Najimy is an American actress and activist who is best known for her roles in the films Soapdish, Sister Act, Hocus Pocus, Hope Floats, The Wedding Planner, and Rat Race. She is also renowned for her portrayal of Olive Massery on the NBC sitcom Veronica’s Closet and for voicing Peggy Hill on the animated television series King of the Hill.

Besides that, she has also starred in Disney and Pixar’s Academy Award-winning film WALL-E, and has appeared in Step Up 3D, The Guilt Trip, A Madea Christmas, A Christmas Melody, Dumplin‘,  Music, and Single All the Way.

Besides acting, the actress is also known for her weight loss of 50 pounds in 2012 and her maintenance of it. She followed quite an unusual way of staying fit. Let’s learn more about Kathy Najimy’s weight loss!

Previously, we touched on the weight loss efforts of Vince Wilfork and Melissa Peterman.

Kathy Najimy’s Weight Loss: The Actress Lost 50 Pounds After She Took Up Zumba!

Kathy Najimy (@kathynajimy) underwent a significant weight loss of 50 pounds back in 2012 with the help of Zumba.

The release of Hocus Pocus 2 has raised curiosity among the viewers about Kathy Najimy and her crooked smile. As fans learned about the crooked smile from Kathy herself, they could not stop thinking about how fit she looked at her age. So, they searched her workout routines on the internet and came upon her weight loss story which made headlines in 2012.

Kathy Najimy’s significant weight loss of 50 pounds a decade ago, back in 2012 had caused quite a fuss about it and made headlines. Mainly because of the unusual way how she went about it. I mean, it’s not every day you hear that people shed extra weight by doing Zumba.

Of course, it goes without saying that Zumba was not her first idea for weight loss. In fact, she had tried a multitude of health regimes to lose weight before she finally settled on Zumba. She, at one point, even thought that she would have surgery to get slimmer when none of the different health regimes (not any dieting nor any exercises) she tried out showed any result and worked.

Kathy Najimy had tried every soup fast, every watermelon diet, spas, and everything, but they barely made some dents. That is why she thought of surgery to cut down the extra pounds. But she never worked on that thought and redirected to Zumba which would ultimately lead to her weight loss of 50 pounds.

After losing 50 pounds and keeping it off with the help of Zumba, Kathy Najimy began singing praises of Latin-inspired dance aerobics workouts. She said,

I looked for a workout I could do on a regular basis and not dread. I want to dance and laugh and have fun. And I literally got to dance my ass off!

Later, the same year, in 2012, the actress, besides rewarding herself with weight loss, was also awarded the ‘Zumba Fitness Ambassador Award.’ She kept her humor intact while receiving the award and addressed the fact that some time ago, it would’ve been entirely unimaginable for a person like her to be looked up to as a fitness advocate.

Who would have ever thought I’d be the face or the body or the person who would advocate any kind of fitness?

Kathy Najimy further advocated for the benefits of Zumba and stressed on how she managed a weight loss of 50 pounds just with the help of it. She mainly talked about how relaxed it feels as compared to other heavy exercise routines.

She also shared the physical benefits of Zumba which was that the pain in her knees and lower back had really tightened up and that she had more energy and could walk a lot faster. Besides, it also helped improve her mental well-being. She never thinks and is not stressed out thinking if she will fit into that ride or if she will fit into the seat on the plane.

I have more confidence to say yes to jobs. I don’t have to worry about finding a costume that will fit me. That part of it is somewhat relieved.