Katie Couric’s Weight Gain: How Much Does The Journalist Weigh Now? 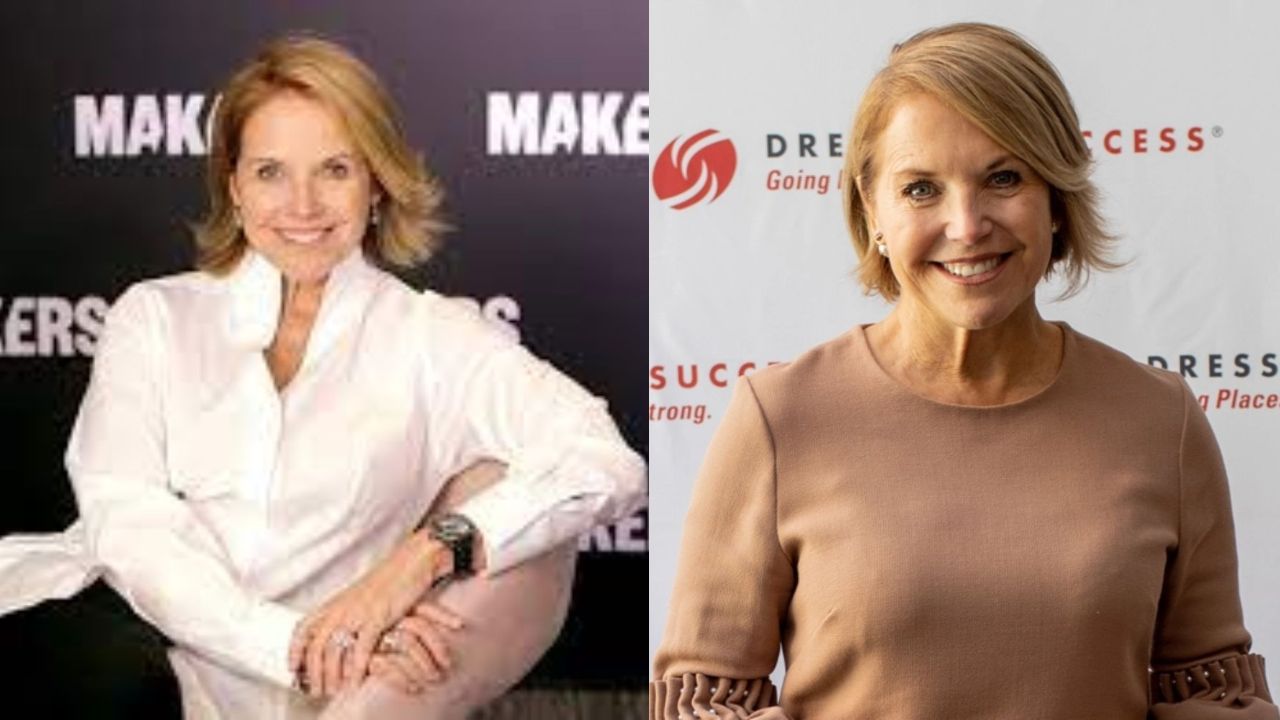 Katie Couric has struggled with weight gain her whole life. The journalist used to be obsessed with her weight and used to equate it with self-worth but she learned better with time. However, her struggle with weight gain never came to an end as her weight always kept on fluctuating. Katie Couric started following the Pegan diet and doing Pilates which seemed to have finally worked before menopause made her bigger in the midsection again.

Katie Couric is an American journalist and television presenter who has co-hosted Today, anchored CBS Evening News, and been a correspondent for 60 Minutes. She has been a television host to all of the Big Three Television networks in America. She worked for NBC News from 1989 to 2006, CBS News from 2006 to 2011, and ABC News from 2011 to 2014. She also worked as an assignment editor for CNN early in her career.

She served as Yahoo’s Global News Anchor from 2013 to 2017. She also hosted a syndicated daytime talk show produced by Disney-ABC Domestic Television from September 2012 to June 2014. In 2021, she became the first woman to host the flagship American version of the game show Jeopardy! when she appeared as a guest host for it. She was inducted into the Television Hall of Fame in 2004.

She also publishes a daily newsletter Wake Up Call and she has founded Katie Couric Media, a multimedia news and production company. Her 2011 book, The Best Advice I Ever Got: Lessons from Extraordinary Lives, was a New York Times bestseller.

She has often shared her struggles with weight gain and discontent with her body, sometimes in memoirs and sometimes in interviews. Her whole life, her weight has fluctuated always. It was hard for her when she used to be obsessed with her weight and even after, she always had to struggle with her ever-changing body. Here are all the deets about Katie Couric’s weight gain, her diet, and her workouts!

Previously, we touched on the weight gain stories of Jay Mohr and Scott Disick.

Katie Couric’s Weight Gain: What Diet and Workout Routine Did She Follow to Lose the Weight She Gained?

It’s been a long time since Katie Couric (@katiecouric) last obsessed over her weight. We have learned about her bulimia and her discontent with her body and weight which would never go down enough in her memoir Going There. She is at a much better place but unfortunately, her struggles with weight gain have not ended even there. The only thing that’s ended is her obsession with it. She is still struggling with maintaining her weight.

Well, Katie Couric hasn’t gotten on a scale at home in five years. She says that she refuses to weigh herself because she does not want it to ruin her day. But not getting on the scale only keeps you from the numbers, not the realization of actual weight gain if there is any. (Spoiler alert: there is). Her life, in terms of her weight, has been more or less a cycle of weight gain and then weight loss.

And the latest development we have in Katie Couric’s life (the most current cycle she is in) is another weight gain. It’s just the change in hormones and thus, the body that happens when women go through menopause. She said that she got a spare tire around her waist which she never did before when she reached menopause.

Maybe if it wasn’t for menopause, she would never have had to struggle with weight gain. Because it seemed like she had ultimately figured it all out to contain her weight and never have to work with it increasing. She did Pegan’s diet, Pilates, and all that was bringing the best results for her.

After the pandemic and because of the pandemic, there were weight gain problems as she recalled. She even had trouble seeing her feet. But that didn’t last long because she soon followed it with the perfect way to lose all that.

Katie Couric gave a try to the Pegan diet and Pilates and it worked out great for her. In February 2021, she announced her decision to spring clean her diet because she needed to be able to see her feet and she also invited her fans and followers to take part in a three-week Pegan diet ‘reset’ she called ‘Spring Into Health’ alongside her. It turned out to be the perfect solution for weight gain.

Katie Couric also did Pilates for weight gain and within months, she was doing headstand and showing off her toned figure. She noted that Pilates helped her rediscover her waist. With all these things, she finally managed to deal with weight gain.