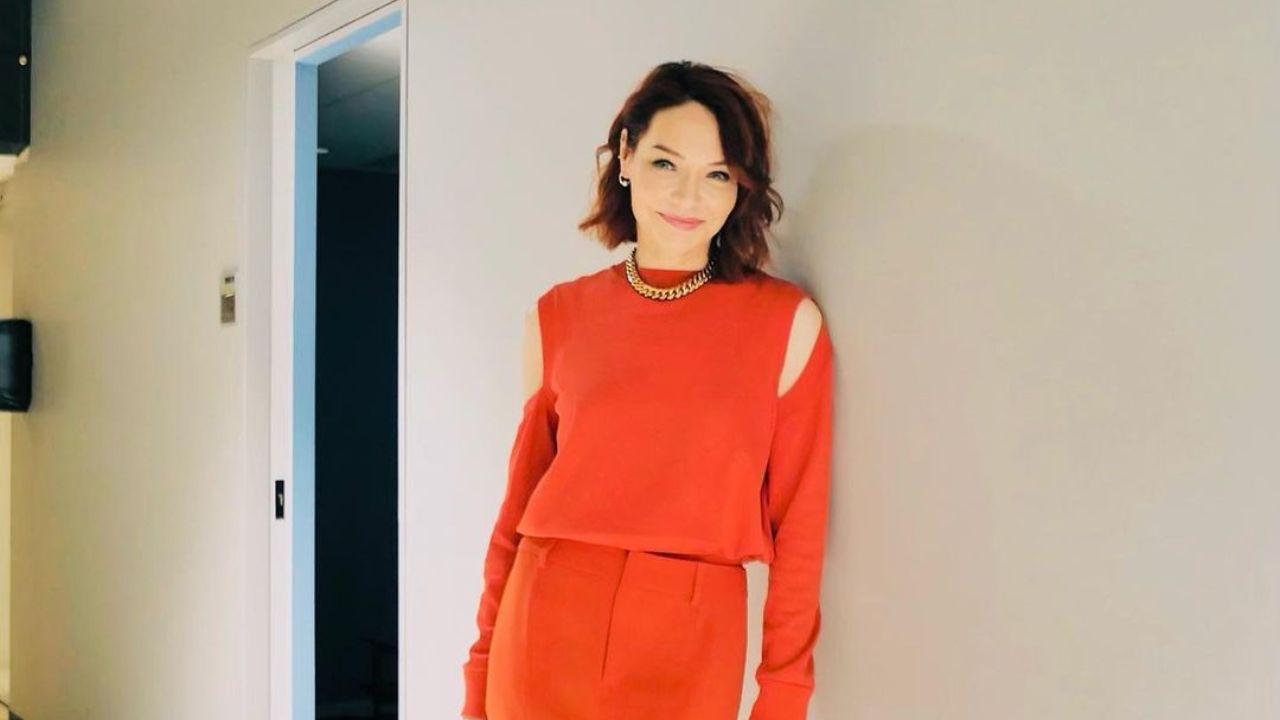 Katrina Lenk, who is currently in the spotlight for playing Clare Shaw in Ozark, is speculated to have gotten plastic surgery. People believe that the 47-year-old actress looks too young for her age, which could be due to Botox, facelift, and cheek fillers. Katrina Lenk has not bothered to respond to those plastic surgery speculations.

Katrina Lenk is an American actress who regained prominence after she essayed the role of Clare Shaw in Netflix‘s crime drama Ozark. She has done theatres, television, and short films as well. She is also a singer, musician, and songwriter.

She is also recognized for the portrayal of the role of Dina in the Broadway musical The Band’s Visit. She won the 2018 Tony Award for Best Actress in a Musical for that performance.

Katrina Lenk has performed in Broadway productions like Spider-Man: Turn Off the Dark, Once, and Indecent, as well as roles in regional theater productions. She currently has taken up the lead role of Bobbie in the 2020 gender-switched revival of Stephen Sondheim‘s musical Company, whose November 15, 2021 opening was postponed due to the pandemic.

Since Katrina Lenk has come into the limelight with Ozark and her upcoming musical, there has been an increase in the speculations that the actress has had plastic surgery.

Previously, we touched on the plastic surgery efforts of Bunnie XO and Sharon Case.

Katrina Lenk’s Plastic Surgery: The Ozark Actress Looks Too Young for Her Age!

Katrina Lenk (@thekatrinalenk) has had a pretty illustrious acting career, not that anybody cares. All they care about the actress since she came into a sort of mainstream prominence as Clare Shaw from Ozark is whether she is all-natural or she has taken the aid of plastic surgery. All that people seem to take an interest in nowadays is plastic surgery. It’s a bleak look for the coming generation.

Gone are the golden days when there used to be a proper introduction of people with questions about their age, and their careers and work. These days, we just ask people’s names and follow them with inquiries about plastic surgery. Especially when it comes to celebrities. After all, plastic surgery is mainstream- all thanks to them.

Every time some celebrity is in the news whether it is because of their personal life or for their career, within minutes, plastic surgery speculations about the people of the hour will be trending on the internet.

About celebrities, in earlier days, people used to be like, ‘What’s their name? What’s their age? Are they in a relationship? Where did they come from?’ and now this is how I imagine the conversation goes, ‘This actor from this new show is really great.’ ‘Cool! Have they had plastic surgery? And what’s their name? Not that it’s important, but what do I type in the search engine to see if they had surgery?’ ‘Seen them only in that show but doesn’t look like it.’ ‘Must have had it. It’s showbiz. Kind of a requirement, isn’t it?’ ‘Does that even matter? They are amazing at their job and shouldn’t that be it?’

‘Who cares? How can one be so ignorant of the joy to be had on speculating the plastic surgery of the new famous one on the block? You are missing out on the thrill that people get when they check the pictures of celebrities and compare them to recent pictures. That feeling of accomplishment when your eyes find those subtle but clear differences in any of their features. The surge of righteousness that overwhelms you when you find out that they are not natural and kind of shallow and fixated on looks, and how you are never going to be like that and how you are just going to judge them from your high horse.’

‘Sounds lovely. Let’s examine their pictures for plastic surgery.’ ‘Now, we’re talking.’ And so it goes and plastic surgery continues to trend on the internet forever. If anyone is keeping the record, they would announce that the most used word is plastic surgery.

And the latest one trending on the internet is Katrina Lenk. With the success of Netflix’s crime drama Ozark, Katrina Lenk, who played the role of Clare Shaw, CEO of a prominent Chicago-based pharmaceutical company Shaw Medical owned by her family, in Season 4 of the show came into the spotlight.

And since then, it’s been one plastic surgery speculation after another. In a very short time, she has been linked to a number of them. Mostly Botox and facelift. People think that she looks too young for her age, which she does. She definitely does not look like she is 47 years old.

Either Katrina Lenk is genetically blessed with those looks, or she has most likely delayed aging with the help of plastic surgery. She has a few too less wrinkles for a woman in her late forties. Also, there are no lines on her face and her face seems perfectly tight and stretched. Her cheeks also look too plump. So, her fans have speculated that Katrina must have had plastic surgery including Botox, facelift, and cheek fillers.

However, Katrina Lenk has, so far, not made any response to such speculations. So, that’s just guesses for now. We can’t tell for sure if they might be true until the actress herself confirms it. Or maybe she won’t confirm it because she might not have gotten any plastic surgery and her looking young was due to a healthy life, proper diet, and workouts and exercise.