Katy Jo Raelyn’s Plastic Surgery: Has The Instagram Model Had Breast Augmentation and a BBL? 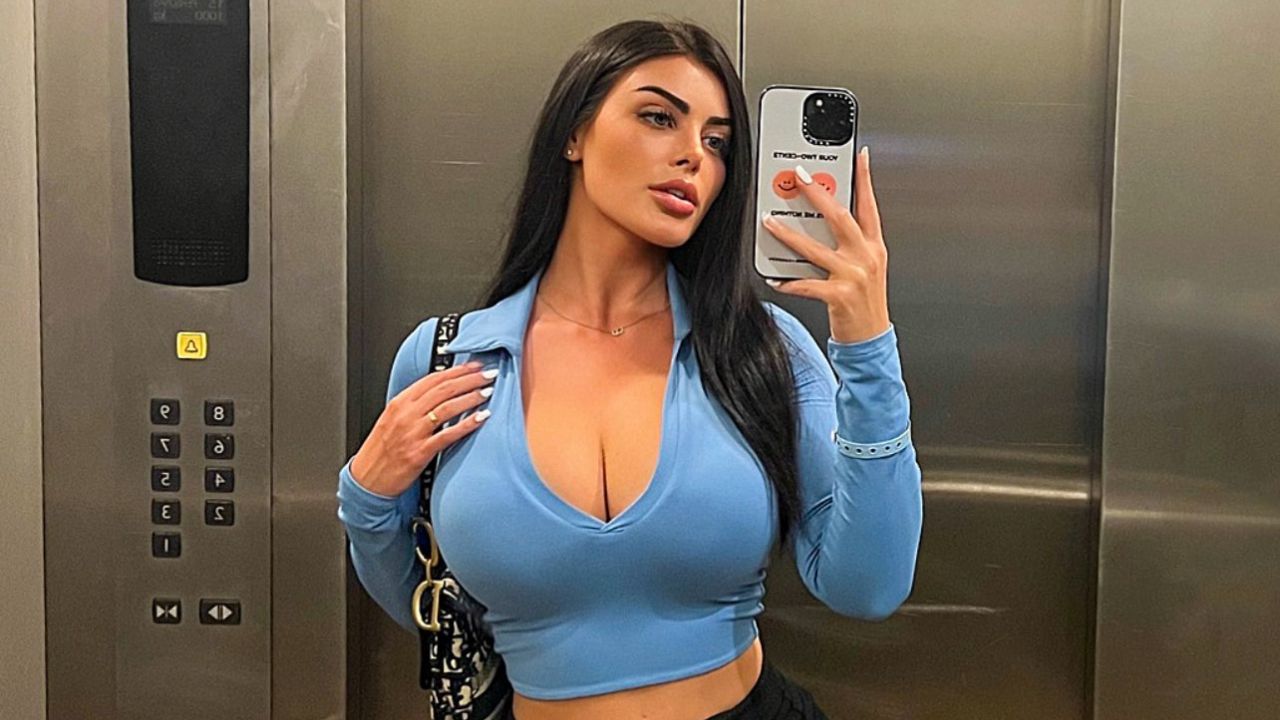 Katy Jo Raelyn is suspected of not being completely natural and taking the aid of plastic surgery to enhance her body. Mostly, people suspect her of having undergone breast augmentation and a Brazilian butt lift (BBL). Some also think she’s gotten lip fillers and a nose job though that is debated. Katy Jo Raelyn herself has never acknowledged those speculations and never confirmed if she has actually gotten plastic surgery.

So, who is Katy Jo Raelyn? There’s not much to know about who she is, only about what she’s done. But to begin with who she is, she is an Instagram model who is said to hail from South Dakota. As per her Instagram bio, she is an augmented reality architect and also CEO of herself. And she is famous-ish because of what she’s done. If you don’t consider social media personality a real celebrity, then she’s not even that but she definitely is popular on Instagram. And how could she not be after all the things she has done to get fame?

After all the hard (scandalous) work she has done to attain fame and popularity, she has kind of got it but this has opened up a lot of conversations about her including whether or not she has had plastic surgery. I think it comes with the territory, what with her being a model on Instagram and all. It’s a bit cynical but oh, well! Forget about that and just read about Katy Jo Raelyn’s plastic surgery!

Previously, we touched on the plastic surgery efforts of Marlo Thomas and Angelina Pivarnick.

Ever since Katy Jo Raelyn (@katyjoraelyn) attained popularity and came to fame, people have been wondering whether or not she has had plastic surgery. Many of them lean towards her having cosmetic surgery than not but they really cannot be too sure about that until she herself confirms it. Mostly, people suspect her of having breast augmentation and a Brazilian butt lift (BBL). It does look like her body has been enhanced unnaturally after looking at the pictures she posts on Instagram.

Many also think that she has gotten lip fillers and a nose job as well but those speculations are very much debated because a lot of people seem to think while her body looks enhanced, her face does not look like they have been tampered with. Plus, there are no before and after pictures to compare as pictures from when she was young are not available on the internet.

Ok, remember that time when Katy Jo Raelyn turned up at the Las Vegas airport almost naked. She was wearing nothing but a leopard print bikini. It was like three years ago. The incident made a minimal buzz and was splashed on the middle pages of tabloids though it never made it to mainstream gossip. But if you are here on this page, then you must know of it. This was the time when speculations about her plastic surgery began.

Because the Instagram model was walking around in just a bikini showing off her body at the airport like it was a beach that she was sunbathing on. Granted, the airport was in Las Vegas but still. A bikini has never been considered an airport look and they were not going to start doing it now just because she wore it. All it accomplished for her was a mildly scandalous moment that garnered some thousand followers (which many think is just what she wanted) and people talking about her wondering about what plastic surgery procedures she’s had.

Well, Katy Jo Raelyn very happily and confidently flaunted her body in that revealing outfit. She was filmed on a busy moving walkway as she was walking with her gold carry-on suitcase. And upon realizing that someone was shooting her, she looked back and gave the camera a cheeky smile, and stuck her tongue out at it. When many people started to film her on their phone cameras, she smiled and danced. She also shook her butt before signing off by flicking her long brunette locks.

That was the reason many people began to speculate about her plastic surgery. Because Katy Jo Raelyn did that mini-twerking-like movement. People noticed that she had a butt like Kim Kardashian’s which Kim herself got after a BBL procedure. Besides that, many also suspected that she had breast augmentation because they really didn’t look natural and proportionate with her body. Her figure looked sus with her huge breasts and butt which made people think she has had plastic surgery to look like that.

She is an Instagram model and it’s the aesthetic of Instagram models to look very curvy with an hourglass-shaped figure with ample bosom and butt. People can’t help but think that she has got work done.

And besides that, many followers of her also think she has had lip fillers and a nose job. But that is largely countered as well. But the believers argue that she has very full lips and her nose is like too perfect for them to be natural even though people can have full lips without injecting fillers and have a nose look like that without getting work done.

Katy Jo Raelyn’s pictures when she was younger are not even available for them to compare and then arrive at the conclusion of a nose job and lip fillers. But because she is a model on Instagram, she has gotten all plastic surgery procedures done.