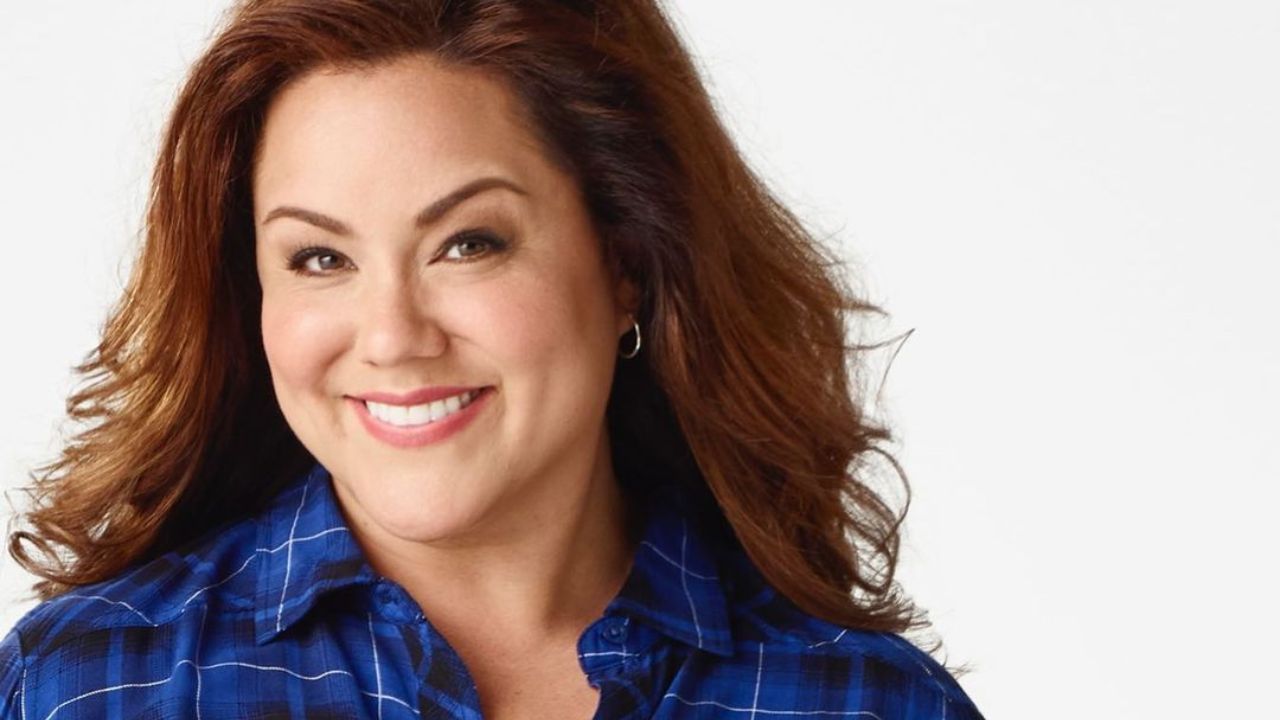 Katy Mixon swiftly experienced massive weight gain during her time on American Housewife. The Thing About Pam actress was heavily pregnant throughout Season 1 and Season 2 of the comedy show due to which she underwent noticeable weight gain in a short time.

Katy Mixon from The Thing About Pam on NBC (alongside Renee Zellweger) is an American actress who came into prominence when she began her career playing supporting roles in films such as The Quiet, Four Christmases, and State of Play.

Her popularity only increased when she landed the female leading role in the HBO comedy series Eastbound & Down. She also played the lead in American Housewife.

She is also widely known for playing Melissa McCarthy‘s on-screen sister Victoria Flynn in the CBS sitcom Mike and Molly. She was recently seen playing the role of cancer-stricken slain Elizabeth ‘Betsy’ Faria who was stabbed 55 times in 2011 by her friend Pam Hupp in the six-episode NBC drama The Thing About Pam.

Previously, we touched on the weight gain efforts of John Mulaney and Miranda Lambert.

Katy Mixon has always been a delight to watch on screen, especially in the ABC comedy series American Housewife as the lead character Katie Otto who is the titular house-wife and a mother trying to maintain her sense of self and family while dealing with the wealthy, pretentious, arrogant housewives and their privileged children in her new hometown of Westport, Connecticut.

Katy Mixon’s fans treasured her. That is until she began having weight gain. The actress had never been a model for size two but after she started gaining weight, her fans started to be uneasy with her weight.

And then Katy Mixon had been expecting again ― this time a girl. So, her weight gain with pregnancy in a very little time span seemed inevitable and she was in no position to ‘bounce back’ anytime soon.

Before she visibly gained weight, Katy used to be celebrated for her different roles and how she charmed the audience and after the whole weight debacle (a debacle more due to the fans’ disappointment and fixation about it), it has all been about discussions about how did Katy Mixon gain so much weight and how she had let herself go.

Multiple gossip forums had taken up her weight as an issue to be discussed almost religiously. Some people began retrospectively observing her weight and compared her photos before and after the weight gain. They suggested that Katy had always been struggling with her weight even before she had let herself not care anymore.

Looking at her picture from Season 1 of Eastbound & Down, they deduced her troubles with weight arguing that in that photo of hers, she was ‘really sucking in her stomach hard because she’s self-conscious about the loose skin and visceral fat that won’t go away no matter how much weight she lost.’

While some analyzed her weight gain, there were others who were just mean and cruel about it and name-called her Beluga whale. Some thought Katy Mixon was ruined as she was all stretched out.

Some people expressed their concern about how The Thing About Pam star had gone past the point of no return which meant she could never get back her old body. They also wondered what path her career would take post the weight gain. If she didn’t lose her weight, people surmised that she would be stuck playing regular sitcom mother figures or stereotypically loud, fat, and rude women.

All the concern and preoccupation with her weight were all in the viewers’ part. The Eastbound and Down star didn’t seem leat fazed or bothered by the weight gain. She was confident and believed in body positivity amidst the whole fuss.

Katy Mixon said that ‘her whole thing is there is nobody else like you in this whole world which is so powerful so when she thinks about it, in that sense, she doesn’t have to compare yourself and she just doesn’t.’