Kelly Monaco’s Weight Loss: How Much Does Sam McCall From General Hospital Weigh? Check Out Her Vegan Diet and Workout Routine! 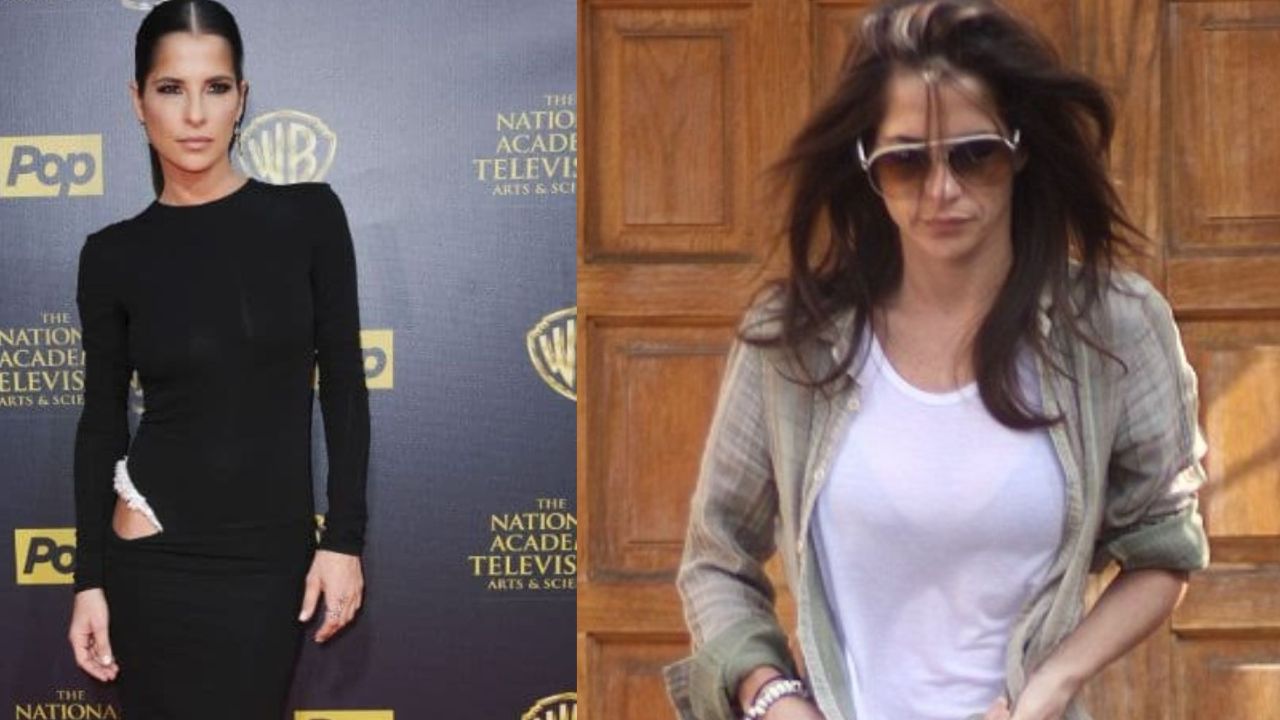 Kelly Monaco appears to be on a weight loss journey and returning to her ideal body shape through regular workouts and a vegan diet. The General Hospital star had gained 15 pounds during the lockdown as she was unable to work out after she had hip and spine procedures. Kelly Monaco seems to have had a weight loss since then.

General Hospital is the longest-running American soap opera, having aired for over fifty years. The show still has a devoted fan base that obsesses over every development involving their favorite characters. Many characters have come and gone over the years, and the show is credited with launching the careers of some of the most well-known actors on television and in Hollywood.

Fans of the show have grown accustomed to unexpected departures, but they can’t help but become attached to the show’s plethora of interesting characters. Kelly Monaco, who plays Sam McCall on the soap opera is the latest actor to experience a meteoric rise in popularity in recent years. The actress is also best known as the first-season winner of the reality television competition series Dancing with the Stars.

Previously, Monaco gained over 15 pounds, and the actress’s weight gain stimulated fans’ interest, sparking speculation about whether she is expecting a special member. However, she has recently shocked her fans and followers with her new appearance, in which she seemed to be very lean and slim. Undoubtedly, she appears younger than she actually is. As a result, many people have been curious about her latest body transformation. They want to the reason for Kelly Monaco’s weight loss.

Previously, we touched on the weight loss stories of Corey Harrison and Jimmy Jam.

Kelly Monaco’s Weight Loss: Vegan Diet and Regular Workout Plan Might Be the Reason for The General Hospital Star’s Transformation!

Kelly Marie Monaco aka Kelly Monaco (@kelly_m23) of General Hospital knows what it’s like to be bullied and how to deal with online haters. She is one of the several ABC soap actresses who have received derisive comments from cruel soap fans for her appearance. Lately, her weight loss triggered online body-shaming and bullying. The actress has recently been attacked online because of her weight fluctuating over the period. She has also been intrusively speculated as having cancer, anorexia, drug use, and a mental breakdown.

For some reason, GH fans are ruthless in their attacks, whereas soap fans who watch the other three daytime dramas do not appear to react in the same way. In 2020, fans noticed that Kelly Monaco had weight gain during the lockdown. When a fan asked her if she was pregnant, she explained that she had had hip and spine procedures which made it impossible for her to work out as a result of which, she put on 15 pounds in 7 months of no exercise. Looks like she has had weight loss since then.

Recently the winner of Dancing with the Stars Season 1 kind of surprised everyone with her new much leaner and fitter body. Her transformation after weight loss has changed her appearance and made it seem like she is in her 30s when she is 46. This is how she is used to being and this is how she would look like even if she had not had to lose her weight from when she gained while she was in lockdown.

Because as Kelly Monaco had once revealed as she danced flawlessly on the show when she had no hesitation about appearing on stage in revealing outfits because she was so confident about her body, she had a great metabolism and because of that, a great body. She never had to work extra hard to stay slim and never reached the size where she had to have weight loss.

I have a decent metabolism. Whenever I eat in excess, which is rare, I just burn it right off. I have my active lifestyle to thank for that.

We don’t know how Kelly Monaco had that recent weight loss. But she once revealed how she stayed fit back when she was competing in the 15th season of Dancing with the Stars. We can take tips from her because, at the time, she and her partner Val Chmerkovskiy (@valentin) were looking fantastic as they worked to win it all, thanks to seven or more hours of practice per day.

But dancing wasn’t the only thing keeping Monaco in top form. The fitness enthusiast and longtime vegetarian also emphasized the importance of eating healthy and staying active in her life. She revealed that she enjoys a variety of workouts when she is not dancing. This might be how she underwent significant weight loss and looks super fit now.

Kelly Monaco’s exercise routine consisted of going to the gym every day for two hours and doing cardio, light weights, and sit-ups. She spent her free time outside of the gym rollerblading, hiking, and dancing which helped her in maintaining her health and physique. In an interview with SheKnows, she explained,

My workout routine varies. I work out at the gym, do yoga, cardio classes, hike, and swim. I’m quite active. I’d rather be outside than cooped up.

It is not too wild to assume she may have continued these exercise routines and had that weight loss. Plus, about her meal plans, Kelly Monaco’s diet consists of vegetarian foods. She has been a vegan for 17 years to advocate for animal and environmental rights. Her diet consists primarily of plants and excludes all forms of meat, including dairy products. Multiple research has proved that non-veg helps in weight loss even quicker. She stated,

I’ve been a vegan for so long that milk and eggs are out of the question. However, a Snickers bar is my guilty pleasure. I adore Snickers.

As for snacks, Kelly Monaco said, “Every night is a cobb salad with no meat, cheese, or egg yolks, I have a bite-size Snickers every day. You must still treat yourself!” Some people claim that her diet lacks protein and healthy fats, both of which are necessary for good health. But she does not seem to have changed her diet which means that this is the diet that she had for weight loss and to get fitter. It can’t be unhealthy, right?

Visit House & Whips for such interesting stories about your favorite celebs.