Kelly Ripa’s Plastic Surgery: Has The Talk Show Host Had a Nose Job and Neck Lift? She Has Admitted to Botox! Check Out the Before and After Pictures! 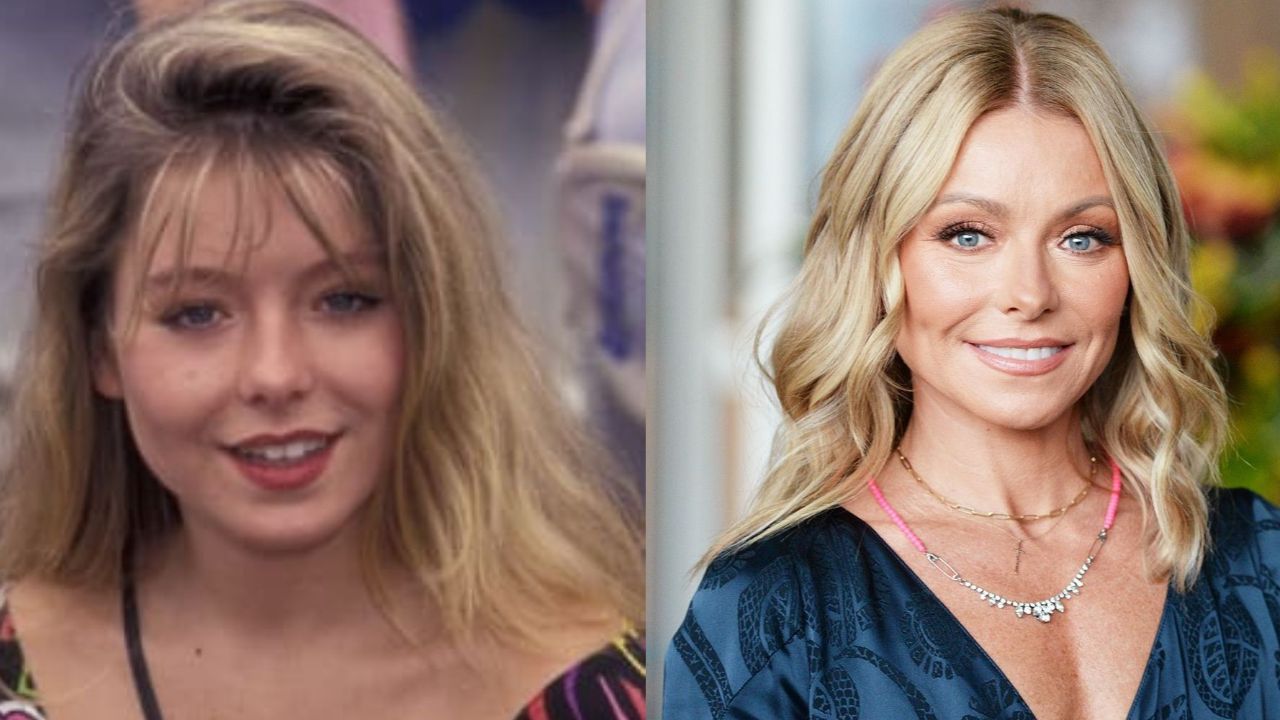 Kelly Ripa has always been very open about plastic surgery. The Live! with Kelly and Ryan co-host has admitted that she has had Botox and that she wanted to have lip fillers and breast enhancement. She has been suspected of having a nose job and neck lift, the former of which she has denied. Besides these, Kelly Ripa has had plastic surgery on her earlobes but not for cosmetic reasons.

Kelly Ripa is an American actress, dancer, talk show host, and television producer who can be recognized as the co-host of the syndicated morning talk show Live! with Kelly and Ryan in various formats, She has been a part of the show since 2001. As an actress, she is renowned for the roles of Hayley Vaughan on the ABC daytime soap opera All My Children and Faith Fairfield on the ABC sitcom Hope & Faith. She was named one of the Most Powerful People in Media by The Hollywood Reporter in 2014.

The talk show host has always been an open book when it comes to her life which makes her show really easy to watch. One thing fans appreciate the most about her openness is her openness about plastic surgery. She has admitted that she has had Botox because she wants to look young. She has talked about wanting to have lips done and joked about getting breast enhancement. Here are the details about Kelly Ripa’s plastic surgery!

Previously, we touched on the plastic surgery efforts of Marilyn Monroe and Judy Greer.

Kelly Ripa’s Plastic Surgery: The Actress Has Admitted To Botox; There Are Speculations About Her Having a Nose Job and a Neck Lift!

Kelly Ripa (@kellyripa) looks so fresh-faced and fit at her age which is partly due to plastic surgery. She has admitted to having injectables like Botox on her face that makes her look so young still. She also said that she’s considering having lip fillers. People think she had a nose job but she has disproved those rumors. They also believe she has had a neck lift but she has never responded to those speculations. She has, however, revealed that she has had surgery on her earlobes but not for cosmetic reasons.

Kelly Ripa has never shied away from talking about plastic surgery and her love for Botox which is what has given her that youthful glow. She’s been very open about it that she has listed in her new memoir Live Wire: Long-Winded Short Stories the names of her doctors to readers who might be interested in getting similar work done. She wrote that it was her choice and that she wasn’t bullied in any way into those cosmetic procedures.

The Live with Kelly and Ryan host explained in an interview that she had started using Botox in her armpits to control excessive sweating before she started injecting it into her face. She also admitted that had she been someone who wasn’t on camera every day, she would most likely have skipped the injectables entirely. In 2013, she revealed that she gets this cosmetic treatment “as much as possible” and can’t go more than a few months without having it.

Not only has Kelly Ripa been open about getting plastic surgery (Botox is technically not plastic surgery but still), but she has also not hesitated to talk about the procedure going botched. In 2016, on Live, she shared that she had a bad experience with the wrinkle prevention injection. She said that the bad Botox did something to her good side after which she was left with two bad sides.

The botched Botox took about six months to return to normal during which viewers were like, ‘what’s wrong with Kelly Ripa, she doesn’t smile anymore’ even when she was smiling. However, this didn’t scare Ripa from having Botox, so she continued to get it. She has shared her visit with her dermatologist who then treats her acute Botox deficiency syndrome even after that.

Besides Botox, Kelly Ripa has opened up about wanting to have another plastic surgery – getting her lips done. In a February 2021 Live telecast, she told that although she hadn’t put anything on her lips, she did trace outside the lines. She showed her interest in Lisa Rinna’s Lip Kit and called it an amazing thing that she would love to try out.

But the Emmy winner has never actually had it done. She may not have acted coy to talk about plastic surgery but she has always teetered on the edge about getting her lips done. She has never been sure about it even when she wanted it because,

Once you start tinkering with your lips then you can look bonkers. I don’t know what happens between the lips and suddenly that thing, you know, where they are pulling a twist tie on top of your head and they’re pulling your skin.

Kelly Ripa has not gone through with lip fillers which is a much smaller procedure than breast enhancement but she has talked about having plastic surgery to lift her breasts. She thought about getting one when she saw that she was looking saggy in the bikini photos she took on a family vacation. She said that the 32 quadruple A-longs were not looking good so, she needed a boob job. However, she hasn’t had one yet.

Kelly Ripa hasn’t had a nose job either but a lot of people think that she had plastic surgery on her nose to make it look slimmer and narrower. She debunked those theories of her having a nose job, however, when she shared on her Instagram stories a trick her makeup artist Kristofer Buckle does on her nose that doesn’t involve going under the knife

Kelly Ripa shared the clip of her nose trick which showed Kristofer applying bronzer to the sides of her nose which made it appear smaller. She noted that it was that makeup technique that was behind her on-camera appearance and not plastic surgery.

But she’s certainly had plastic surgery on her earlobes which she revealed when detailing about why her piercings initially ended up crooked.