Khabib’s Weight Gain: How Many Pounds Has He Gained Since Retiring? 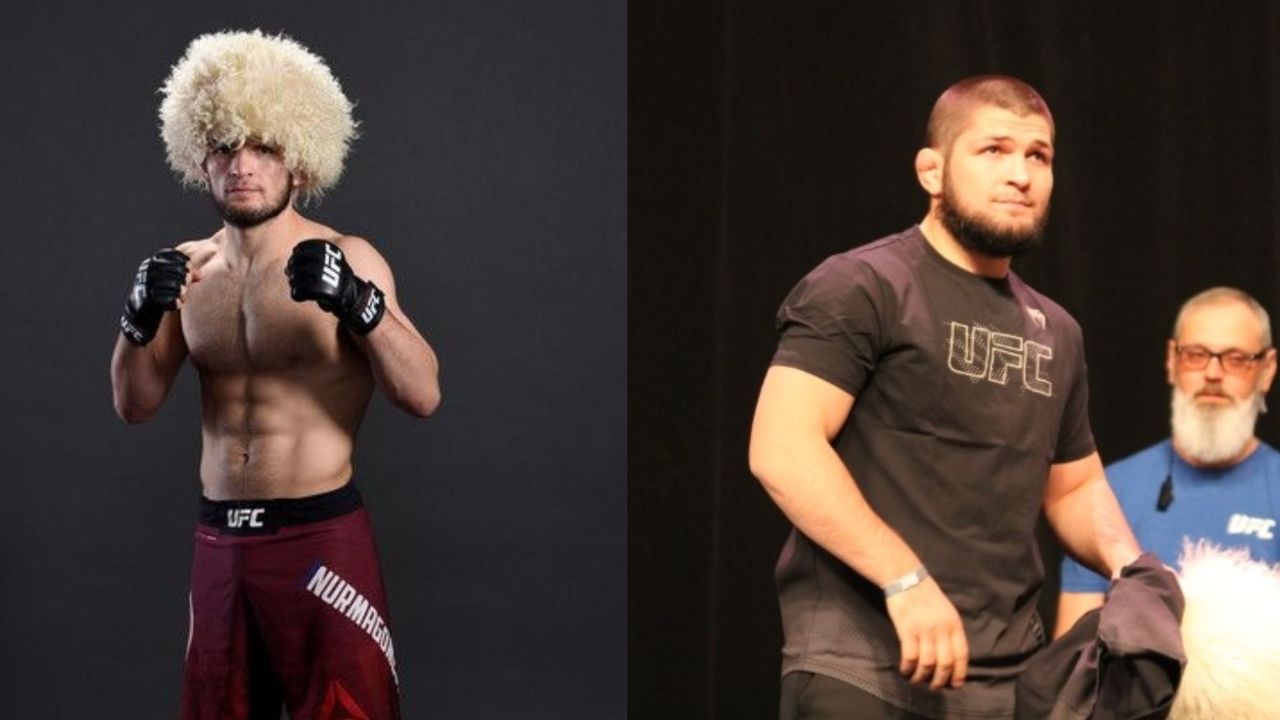 Khabib Nurmagomedov has undergone a weight gain after his retirement from fighting, which was recently highlighted when Bobby Green expressed his disbelief that Nurmangomedov ever fought in the lightweight division. The former UFC star has been constantly asked questions about weight gain ever since.

Khabib Nurmagomedov is a former professional mixed martial artist. The Russian fighter competed in the lightweight division of the Ultimate Fighting Championship (UFC), where he reigned as the UFC Lightweight Champion for the longest time, having held the title from April 2018 to March 2021.

Khabib is largely considered to be one of the greatest mixed martial artists of all time.

Previously, we touched on the weight gain efforts of Amber Heard and Selena Gomez.

Khabib Nurmagovedev (@khabib_nurmagomedov) shocked everyone when he retired from fighting after he won the fight with Justin Gaethje via submission at UFC 254 in October 2020, shortly after the death of his inspiration; his father.

With the cleanest record of 29 games and 29 wins and 0 defeats, just one game away from extending his record with 30 wins, he was still at the top when he announced that he was retiring from the sport. The president of UFC Dana White tried his best to convince Khabib to return for one last fight but nothing could even slightly budge him.

The martial artist didn’t, however, completely shun his field post-retirement. He may not be in the octagon winning fights and breaking records anymore but he is not going to stay far from it all. He took up the job of directing the ones fighting inside the octagon now.

So, he is in a completely different place now and a lot has changed in the two years since he resigned. Though since Khabib is longer the fighter he used to be, he must be less stressed in terms of training and staying fit and especially maintaining weight to make the cut for qualifying for the lightweight division.

And from the recent events, it can be confirmed that’s exactly what happened. He got relaxed about all these kinds of stuff and is now no longer the same 155 pounds lightweight champion.

Recently, Khabib was in the UFC Vegas 49 in the corner for the current top lightweight Islam Makhachev who he’s coaching currently. Islam fought veteran Bobby Green and managed to stop Green from extending his UFC winning streak to 10 fights.

The match was over in one round and was a little bit short. Not much room for trash-talking so fairly enough, trash-talking came afterward and by the losing party and was directed not at the opponent but at the coach of the opponent and for their weight, as if it matters in any way to the coach.

And maybe, on losing the fight, bitterness came through and words were used as a weapon or maybe it was done with no intention to be hurtful and Bobby was not too disgruntled by not just the loss but the loss that ended his streak of winning, nobody knows the reason.

But as Bobby was walking away from the MMA that night, he certainly made sure to note the considerable weight gain that Khabib has added since retiring out loudly to him.

As per Nurmagomedov’s account to the ESPN after the fight, Green came to him, too close and said, ‘Hey, you was lightweight?’ It appears that Green could not believe that Khabib, the man who had retired from the fighting scene two years ago and was not required to be the weight for the lightweight, could be overweight.

It’s a possibility that people undergo weight gain after they are retired because they are under no obligation to have a certain weight never occurred to Green. But he might have been just jesting and making harmless remarks with no intention to offend. And the comment might have been passed on in a light manner. In that case, let’s tread lightly.

Anyway, if Green had meant it to be offending Khabib, then seeing that it failed to get a reaction out of him and didn’t hit its mark, it was a really bad serve, wasn’t it? Khabib didn’t seem to be too hung up over the brief interaction he had with Green that night.

The former lightweight champion said that he was finished with the fights two years ago, so he didn’t need to be lightweight. Even Makachev had joked about his coach’s weight gain during a TV segment with current welterweight champion Kamaru Usman saying that if Nurmagomedov were to return, he would do so at 170 pounds which would make him Kamaru’s division, not lightweight as he used to be.

This is not the only time the UFC fighter has gained weight noticeably. Tired of having to dodge the constant streams of questions about his weight in every interview after he retired, and on being asked if he was at his highest weight now, Nurmagomedov was forced to rehash the story of how he had gained weight in 2017 after he had back surgery.

For about five to six months, Nurmagomedov couldn’t run or lift weights. As a result, he gained a lot of weight. When he was given a fight on August 31st, he weighed 203 pounds and by December 29, he had managed to make it 155.

Also, never forget how in the weigh-ins of his last fight, Nurmagomedov only barely made the cut for the lightweight title bout.