Met Gala 2022: Kim Kardashian’s Weight Loss Diet to Fit in the Most Expensive Dress in the World! 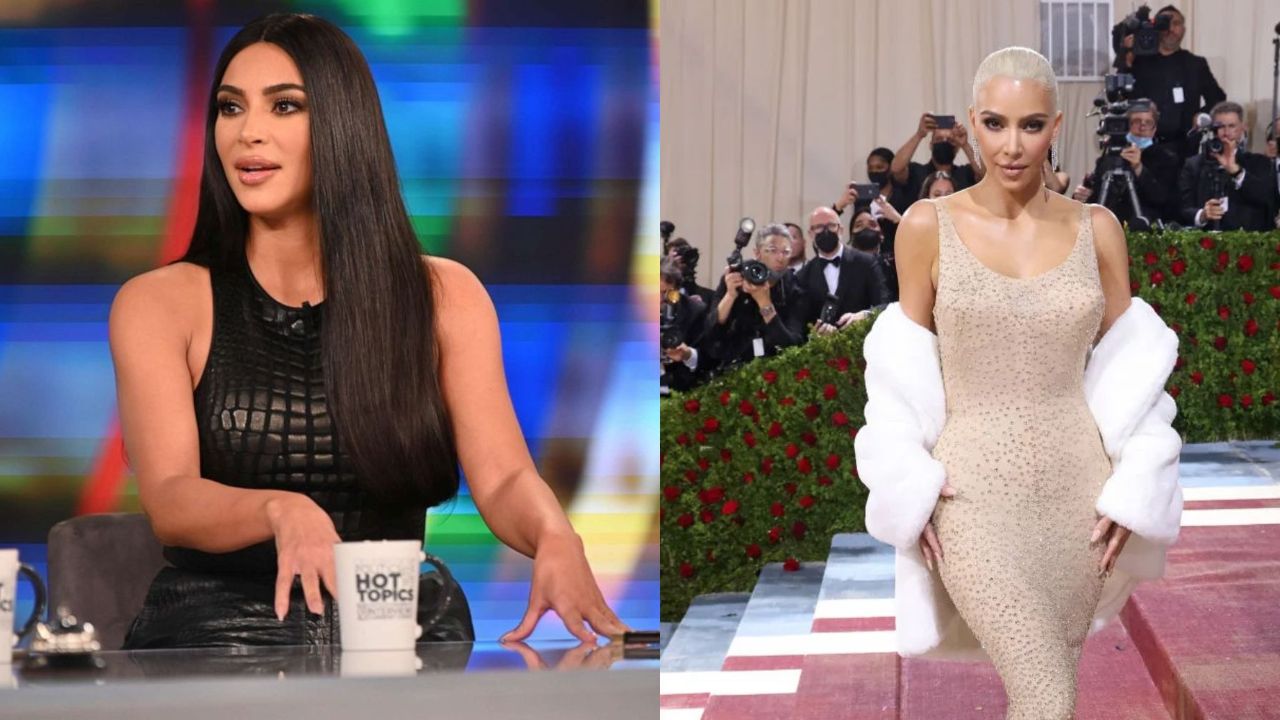 Kim Kardashian underwent quick weight loss for the ‘Gilded Glamour’-themed Met Gala 2022 event. The dress worn by Marilyn Monroe in 1962 to sing “Happy Birthday” to President John F. Kennedy is technically the most expensive dress in the world. Kim followed a strict diet for 3 weeks with no carbs and sugar to fit into the dress. Follow the article to know what Kim Kardashian and other critics have to say about her quick weight loss program.

Kim Kardashian is one of reality television’s highest-paid personalities. She came to fame after releasing a controversial sex video shortly before the premiere of her reality show, Keeping Up with the Kardashians. Kim soon rose to fame as a result of the reality show’s success. The show’s success created plenty of spin-offs, including Kourtney and Kim Take New York and Kourtney and Kim Take Miami. She has also endorsed a variety of products and services and is regarded to be a businesswoman with a lot of experience.

Kim operates a number of retail and fashion businesses with her sisters, Kourtney and Khloé. The three sisters have worked together on several clothing brands. She has also released her own perfume line and penned the book Kardashian Konfidential. She was also in the news for her 72-day marriage to NBA player Kris Humphries. Currently, she is in a relationship with an American comedian & actor, Pete Davidson, after her divorce from her ex-husband, Kanye West.

Kim Kardashian captured the attention of many at Met Gala 2022 and she confirmed that she followed a special diet to fit in her Marilyn Monroe‘s dress. Many fans have been curious to know about her weight loss journey for the Met Gala 2022 event.

Previously, we touched on the weight loss efforts of Chrishell Stause and Rob Kardashian.

The reality TV celebrity and entrepreneur had to weight loss quickly in order to fit into the figure-hugging piece of history, which is worth millions of dollars. Kardashian informed friend LaLa Anthony on the red carpet that she lost 16 pounds in three weeks to fit into the dress, which couldn’t be changed.

And the fast-paced transformation was glamorized by reports about her weight loss circulating on the internet. Experts and fans are concerned that Kardashian is encouraging a harmful diet culture that our society has attempted to move away from in recent years.

In an interview with Vogue, she explained her journey to fit the dress. She said,

“I tried it on and it didn’t fit me. I had three weeks and I had to lose 16 pounds. It was like a role. I was determined to fit into it. I don’t think they believed I was going to do it, but I did it. I would wear a sauna suit twice a day, run on the treadmill, completely cut out all sugar and all carbs, and just eat the cleanest veggies and protein. I didn’t starve myself, but I was so strict.”

Kim Kardashian reportedly only wore the dress for a few minutes before changing it into a duplicate to avoid damaging the original, according to Vogue. While it is unavoidable to weight loss when certain food categories are eliminated, doctors have long advised against crash diets.

There’s nothing particularly wrong with wanting to lose weight or losing weight. Kardashian is completely free to do anything she wants with her own body. Worrying here is the conviction that such extreme weight loss is a feasible objective.

The way weight loss is discussed on the red carpet hasn’t changed much since the 2000s, but what has changed is that people appear to be more conscious of its consequences than ever before. Looking at Twitter, we can see several of the criticisms of this interview, which isn’t something we could have discussed back then.

One user tweeted, “the Kim Kardashian weight loss thing is fucked up and NOT okay to talk about on national television where the youth will find it and bring it to therapy to defend their eating disorders.”

Another wrote, “The fact that Kim Kardashian spent weeks losing weight just to fit into a dress is why women have body dysphoria.” Similarly, there are hundreds of other criticism about Kim’s weight loss appearance across social media.

The dress Kim wore at the Met Gala event is technically the most expensive gown in the world, having been created by Jean Louis. Julien’s Auction sold it to Ripley’s Believe It or Not for roughly $5 million in 2016. It’s kept in Ripley‘s museum in Orlando when it’s not being worn by Kardashian.

Kardashian previously told Access Hollywood that the dress could not be adjusted, which meant that she had to fit into the dress rather than the dress fitting into her. As a result, Kim Kardashian had to undergo a quick weight loss journey.