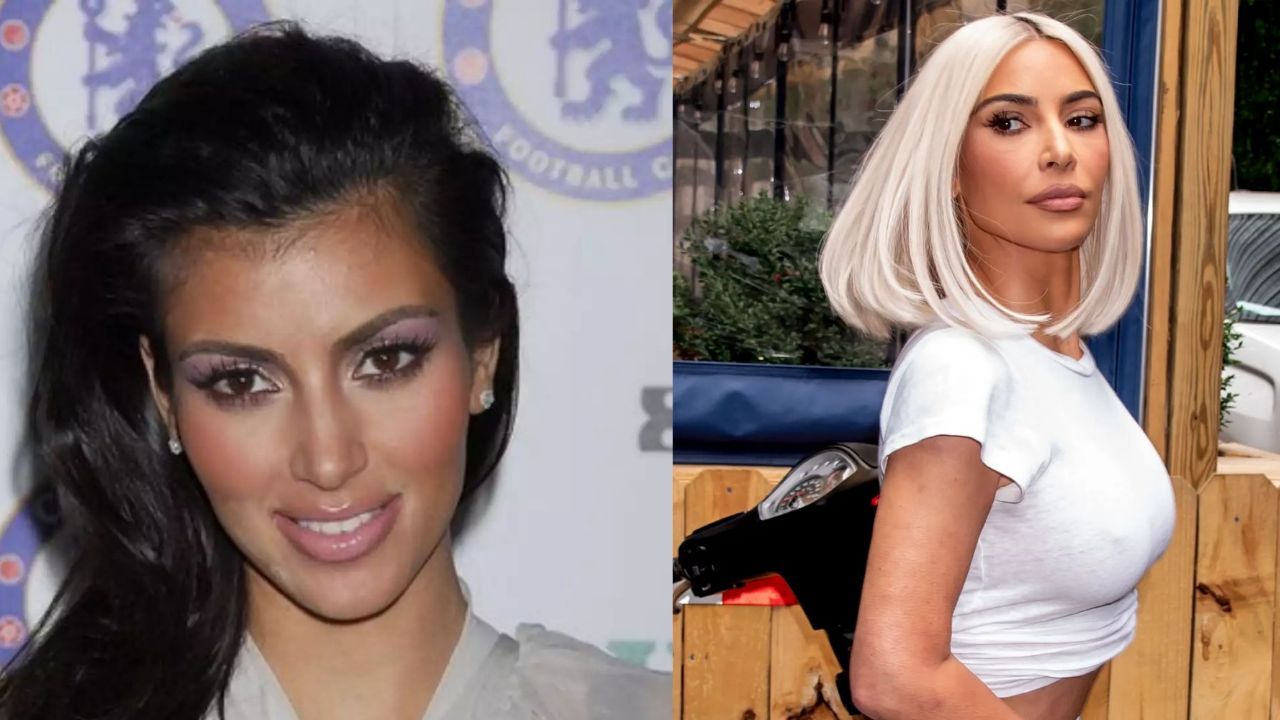 Kim Kardashian revealed in the new cover story for Allure Magazine in 2022 that she has had plastic surgery, but not as much as people tend to think. Fans dispute her claim and assert that she is entirely different in her before and after photos. Read this article to find out more about Kim Kardashian’s plastic surgery confession to Allure.

Kim Kardashian, whose estimated net worth is $40 million, is one of the highest-paid reality TV stars. She is an American socialite, model, media personality, and businesswoman who was born on October 21, 1980.

She first came to the notice of the public as Paris Hilton’s stylist and friend. She became well-known thanks to a notorious s*x tape that was made public soon before the premiere of her reality show, Keeping Up with the Kardashians.

She has also given her endorsement to a variety of goods and services and is regarded as a rather astute businesswoman. Kim oversees a number of retail and fashion companies alongside her sisters Kourtney and Khloé. She has published a book named Kardashian Konfidential, as well as her own line of perfumes.

Kim Kardashian has undoubtedly altered her body to obtain her flawless appearance, but how much has remained a mystery. The Allure cover girl previously kept her lips locked when it came to what aspects of her beauty were genuine and what was artificial, but she has now shared with Allure how she attempts to maintain her youthful glow. Read this article to find out what plastic surgery procedures she underwent.

Previously, we touched on the plastic surgery efforts of Kimberly Guilfoyle and Dakota Johnson.

Kim Kardashian Opens up About Plastic Surgery in an Interview With Allure on 2022; Before and After Pictures Analyzed!

Kim Kardashian (@kimkardashian) discussed her facial plastic surgery in the current cover story of Allure Magazine, explaining that she has had less work done than many people believe.

The reality actress, 41, admitted that she has only ever had Botox treatments in the area between her brows, but was adamant that this is the only plastic surgery she has ever undergone for her face but her before and after pictures say otherwise.

When questioned, the beauty queen was adamant that she would never get lip fillers or cheek fillers. Additionally, she mentioned that she’s never utilized eyelash extensions. She confessed:

Regarding Botox operations, Kim Kardashian has genuinely asserted in a relaxed manner. She went on to talk about the pressure to prioritize her looks and said that she cares more about it than 90% of the world’s population.

She continued by saying that performing beauty treatments after becoming a mother is not very simple. She claimed that she performs her laser treatments and her cosmetic procedures late at night when everyone is asleep.

When questioned if she ever sets impossible or unrealistic beauty standards, the Skims founder replied:

If I’m doing it, it’s attainable. There are so many different beauty standards — whether it’s Gwen Stefani, Jennifer Lopez, Marilyn Monroe. When I was a teenager, [the look] was just blonde waifs. My mentality was never like, you see them on TV or in magazines and pick who you want to be … It was always: Be yourself, find beauty in everything.

We can only hope that Kim Kardashian keeps sending that message out into the world because it is unquestionably more important than ever. Nevertheless, even if the savvy businesswoman may celebrate her uniqueness, she has undoubtedly benefited from a few modest cosmetic surgeries.

In a recent interview with the New York Times, the mother of four joked that she would even eat poop if it meant receiving a free ticket to eternal youth. She admitted to being joking to Allure, but now that she gives it some thought, she probably would have eaten s-t if someone had told her that eating s-t every day would make her appear younger.

Following that, Kim Kardashian doesn’t disclose any further changes or augmentations for which she has shelled out a lot of cash. Her critics were horrified by the paucity of intriguing information.

Fans and even plastic surgeons responded to her recent interview on Twitter, with some questioning her claims that she has never had plastic surgery such as cheek or lip filler. As another commenter pointed out, while Kardashian may just admit to using Botox, the idea of her valuing or portraying herself as beautiful can still establish unrealistic beauty standards in general.