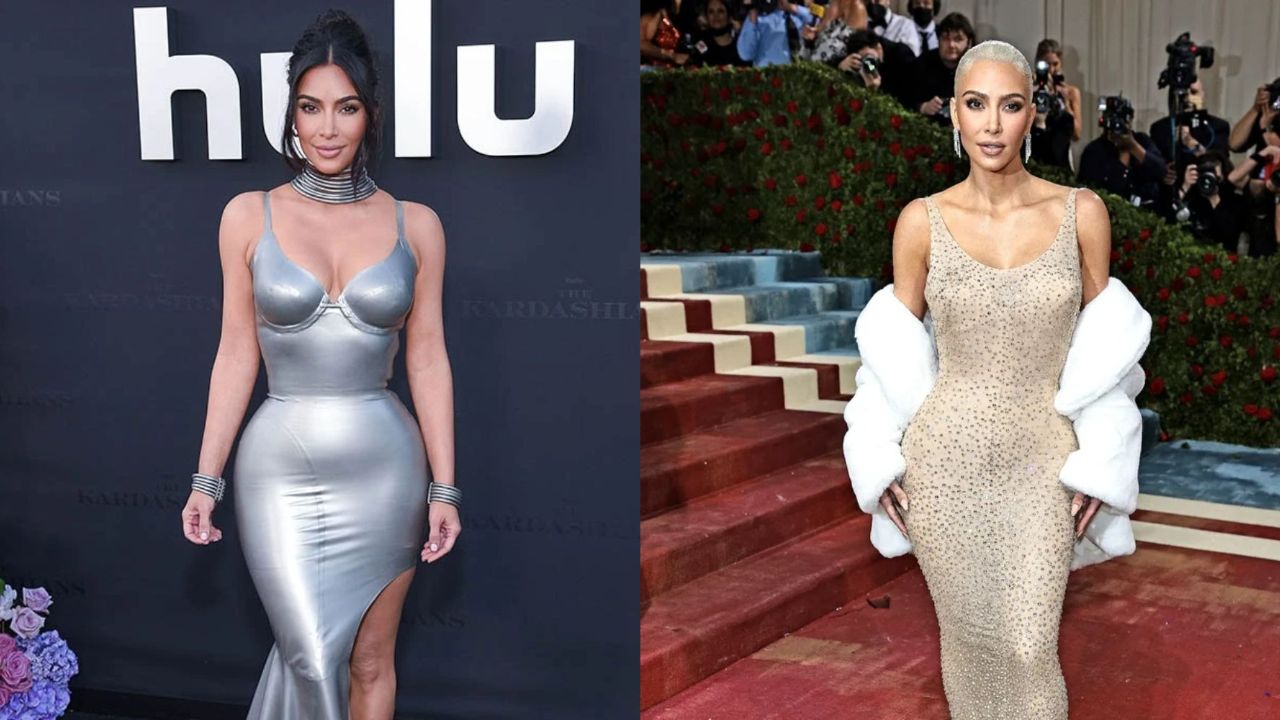 Kim Kardashian’s weight loss diet created a stir on the internet when she revealed that she had lost 16 pounds in just three weeks to squeeze herself into the form-fitting Marilyn Monroe’s gown for Met Gala 2022. The Keeping Up With The Kardashians star sparked further backlash when she bragged again about further weight loss of 5 pounds on Today. However, Kim Kardashian and her trainer both have kept on maintaining that the Met Gala diet she had for weight loss was not at all unhealthy.

‘Kim, there’s people that are dying!’ It was just another day for Kim Kardashian when she raised the hackles out of everyone when she slipped into Marilyn Monroe‘s iconic skin-tight, sparkling nude dress for Met Gala 2022. The dress was worn by the singer and performer when she sang “Happy Birthday” to President John F. Kennedy in 1962 which was an important part of American culture and thus, the dress had historical value.

It was housed by Ripley’s Believe It Or Not Museum under ‘preservation’ so anybody could tell the television personality had gone to extra lengths to acquire and then don that important piece of American pop culture risking damaging the gown, which pissed off many people. It didn’t help when the Keeping Up With The Kardashians star revealed that she had undergone a weight loss of 16 pounds in just three weeks to fit into it. Not quite the flex you think it is, Kim!

Previously, we touched on the weight loss stories of Al Roker and John Kruk.

So, what kind of weight loss diet did Kim Kardashian have to lose that 16 pounds in just three weeks to ‘fit’ into that Marilyn Monroe gown for the shock value or whatever it is she intended for the Met Gala 2022? After all, weight loss has never been an easy task, even if you have surgeries to do that. The reality star shared that she wore a sauna suit twice a day, ran on the treadmill, completely cut out all sugar and all carbs, and just ate the cleanest veggies and protein. She continued on to say that she hadn’t starved herself, but had been so strict about the weight loss.

Kim Kardashian made all this revelation in a tone that was self-aggrandizing, in a tone that was a pat on her own back and needless to say, people were not impressed. First of all, they were not happy with the fact that Kim compromised the preservation of the dress just to make a fashion statement for the Met Gala 2022. And second, they didn’t appreciate the Met Gala diet and how she casually promoted such extreme weight loss just for the sake of it. They were outraged at the choice she made which glamorized diet culture and used weight loss as an aesthetic choice, not one for health or wellness.

And most of all, while Kim Kardashian mentioned in an interview with Vogue that Marilyn Monroe’s dress fit her like a glove after just weeks of the Met Gala weight loss diet that made her want to cry tears of joy when she tried it on inside Ripley’s vaults in Orlando for the final fitting after the weight loss, the videos shared by Ripley’s Believe It Or Not, she was seen struggling to get the gown over her derriere in that final fitting. Plus, on the Met Gala 2022 red carpet as well, she was covering her behind with a white vintage fur coat, which made it clear as day that Kim didn’t fit into the dress, she forced herself into the dress and couldn’t zip it all the way up.

Then, social media was flooded with criticisms for Kim Kardashian’s weight loss to fit (unsuccessfully) into the iconic Marilyn Monroe’s dress for the Met Gala 2022. Met Gala diet sparked a huge controversy, her comments were branded irresponsible and triggering, and she was accused of promoting extremely disordered eating.

Kim Kardashian addressed the online backlash for Met Gala weight loss in an interview with the New York Times.

To me it was like, OK, Christian Bale can do it for a movie role and that is acceptable. Even Renée Zellweger gained weight for a role. It’s all the same to me. I wasn’t saying, ‘Hey everyone, why don’t you go lose this weight in a short period of time?’”

The Skims founder also insisted that she hadn’t done anything unhealthy to fit into Marilyn Monroe’s dress, which was extremely important to her. When she was asked what would she have done had her weight loss diet not worked out for her, she said,

“I just simply couldn’t have gone, which wouldn’t have mattered. It was just important to me to reach that goal.”

During an appearance on Today, Kim Kardashian sparked further backlash for boasting about her weight loss again despite being called out for how irresponsible it was the first time around when she told that she was now down 21 pounds and again emphasized how important it was for her to wear Marilyn Monroe’s dress and thus, have that Met Gala diet for weight loss. She said,

“I looked at it like a role. I really wanted to wear this dress. It was really important to me. It actually taught me a lot about my lifestyle and my health and since then, afterwards, I continued to eat really healthy.”

The Keeping Up With The Guardians star added further that she had completely changed her lifestyle and had more energy than ever. She had cut out so much sugar and a lot of junk food she was eating and didn’t even realize it, and a lot of fried foods.

Kim Kardashian’s trainer Don-A-Matrix came to her defense when TMZ caught up to him and clarified that the weight loss diet for Met Gala 2022 was not like a starving herself type of thing and she had always been on a balanced diet and there was nothing unhealthy about that.