Kim Plath’s Weight Loss: The Welcome to Plathville Star Before and After She Lost Weight! 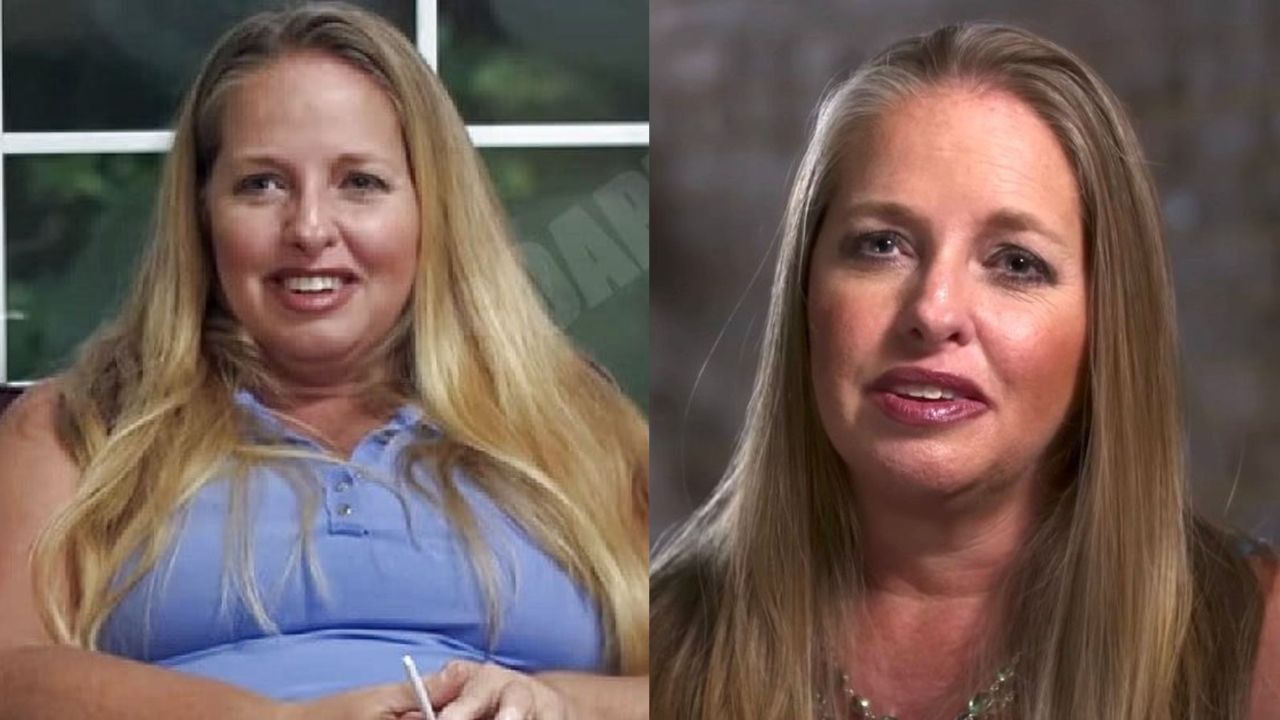 Kim Plath’s weight loss in the latest season of Welcome to Plathville has completely shocked fans. They are more shocked because the TLC star is wearing short clothes which she had previously shunned and there are rumors about her having an affair. However, Kim Plath has not exactly revealed how much weight loss she had and people want to know if she is finalizing a divorce from Barry Plath because of the affair.

Kim Plath from Welcome to Plathville has become a major shock factor in the latest season of the TLC reality show with her major transformation. People especially cannot get over the fact that a woman who had introduced herself as someone with a passion for music, religion, family life, and traditional roles has turned the complete opposite and is now wearing mini-skirts as opposed to shunning them in favor of modesty. There are also rumors that she is having an affair with someone she met at the gym and is finalizing divorce from her husband Barry Plath.

So, what’s the truth about the reality star having an affair and her divorce status? Also, she has clearly had weight loss, and to flaunt her weight loss only is she wearing short clothes. Read for more details!

Previously, we touched on the weight loss efforts of James Gregory and Shanshan Feng.

Kim Plath’s Weight Loss: The Reality Star Showed Off Her Slimmer Body in Season 4 of Welcome to Plathville!

Season 4 of Welcome to Plathville recently dropped and guess who had a major physical transformation and visible weight loss? And guess whose transformation was deemed mid-life crisis because they had not just physically changed but, to flaunt that, exposed their complete shift in their values in the opposite direction reeking of hypocrisy? If your answer is anything other than Kim Plath, you are wrong.

Kim Plath looked completely different in the latest season of Welcome to Plathville and it is more than just a change of clothes and styling. She had the weight loss because that was her and she was trying to find herself and establish her own identity besides being a mother.

Raising 10 children over the course of 20 some years, I feel like in many ways, I kind of lost myself in that process. And so now, I have been taking care of myself. Making it a priority to go the gym every day and I feel really good.

In an attempt to find herself, Kim Plath was putting herself first. She has opened Grady Central Dance Studio in Cairo, Georgia. The establishment offers belly dancing, stretching, and ballet classes. With ballet classes, she said that she was ‘enjoying being in her body a little more.’ She additionally visited the gym every day and that is how she had the weight loss.

Barry Plath, her now ex-husband is surprised like all of us with the complete change in her and even was concerned that her weight loss would affect her ‘mentally and emotionally.’ But Kim Plath obviously did not care about that as she was busy enjoying the process of weight loss.

Plus, Kim Plath’s weight loss has been controversial because of another reason as well. To show off her new body, she has been wearing mini-skirts. She pulled out her high heels and debuted with new confidence to show off her weight loss. For someone who used to cover herself head to toe and exercise modesty, she has done a complete 180 and she’s now wearing tank tops and skirts. People don’t like to see how fervently she had asked her daughter to shun all the short clothes and now she herself has ditched that idea after the weight loss.

Scandalous as it is, Kim Plath did have a weight loss however, she has not revealed the exact figures about how many pounds she lost.

Kim Plath’s Relationship Status: Is The TLC Star Divorced? Fans Think She Had An Affair! Is The Reality Star Dating Someone New?

Kim Plath and Barry Plath from Welcome to Plathville have jointly reached an agreement to end their marriage after almost 24 years and go their own way. They announced with an exclusive statement to People,

After considerable thought and discussion, we have decided to end our marriage. While this was not an easy decision, we know it’s the best choice for both of us. We have been through many highs and lows in our 24 years of marriage and as we navigate this new chapter in our lives, we will co-parent our amazing children.

Many might think that they mean divorce. But for the reality stars, it means just living separately and not going through the whole process. Even though in a preview for the finale of Welcome to Plathville, the couple told their children that they were going to make their separation more permanent and proceed with the divorce, In Touch has confirmed that neither Barry Plath nor Kim Plath has filed for divorce yet, which is what they were implying.

The reason for the divorce or their status of a pending permanent separation, according to Kim Plath, is that Barry Plath was just trying to do just enough to get her to stay, but not really valuing her and loving her for who she is, which had now become a marriage she didn’t want to save. That is why she claimed she wanted a divorce (out of marriage).

As for Barry Plath, though he seemed to confirm Kim’s thoughts about him, he later shared his thoughts in a confessional which was in denial of Kim’s feelings. He admitted that Kim is lying to herself and her version of events might feel real to her but they aren’t accurate. But then again, he explained that he said all that because he was in defense mode. And when he was asked if he still loved Kim Plath, he smiled in confirmation.

This makes Kim Plath and Barry Plath’s ‘divorce’ or, let’s just call it separation, more complicated. But some fans believe that Kim is having an affair that might just start the divorce process soon enough. They believe that Kim Plath who has been visiting the gym not only had a weight loss as a result, but she also found somebody to have an affair with.

While some fans believe that Kim has started a physical affair already, others think that she has, at the very least, emotionally cheated with him on Barry and has mentally entertained the idea of having s*x with him, which could be the deal-breaker in whatever their kind of relationship is.

However, so far, neither has Kim Plath confirmed the affair and nor has Barry Plath accused her of an affair.