Kimbella Before Plastic Surgery: How Did The ‘Love & Hip Hop: New York’ Star Look Before Botox, Fillers, Lipo and BBL? Check Out Her Before and After Pictures! 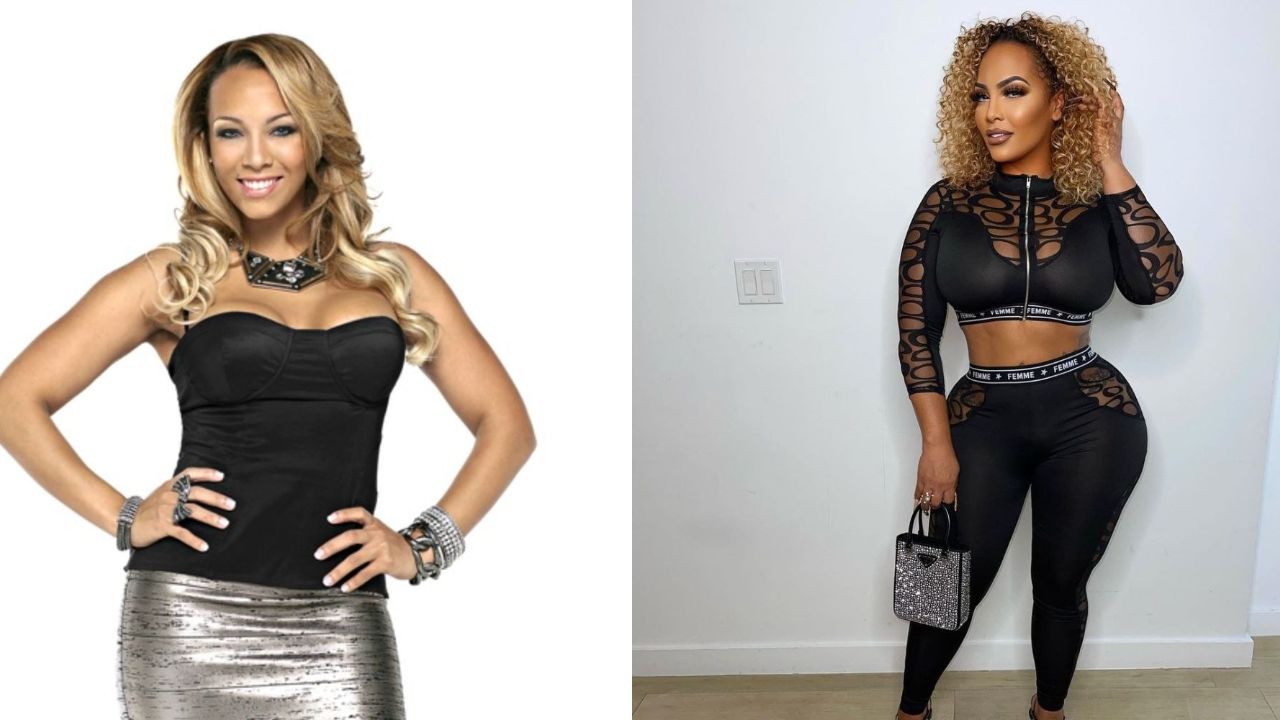 Kimbella Vanderhee has had plastic surgery and she has not shied away from it. The former Love and Hip Hop: New York star has been very candid about getting Botox, fillers, liposuction, and a Brazilian butt lift. Kimbella often shares her looks before and after plastic surgery.

Kimbella Vanderhee is a popular television personality who is recognized as one of the main cast members of Season Two of Love & Hip Hop: New York. Though she left the show as the main cast member of that season, she did return to the show several times in small guest roles in the following seasons before she finally made a comeback as a starring member in the seventh season.

She left the show again in Season 8 but she was one of the starring cast members in the ninth and tenth seasons. Most of the ninth season of Love and Hip Hop: New York is about her dealing with her fiance Juelz‘s sentencing. The couple eventually tie the knot in the season finale. She later announces her pregnancy at the reunion.

Now, that relationship is no more. They split up after three years of marriage. This news has really shocked their fans even though they became a little preoccupied with how she looks now that they saw her after a long time in the glare of the spotlight. Did they miss the many times she detailed her plastic surgery? Yes, cosmetic surgery, and she detailed them. People would have eventually begun to speculate and she could have chosen to just confirm it but she went extra in the greatest way possible and talked all about it, which is really rare. Take a look at Kimbella before plastic surgery and after!

You might also be interested in the plastic surgery stories of Sheryl Crow and Dr. Pepper Schwartz.

Kimbella Before Plastic Surgery: The Reality Star Turned Different After Cosmetic Enhancements; Take a Look at Her Before and After Pictures!

It would be impossible for Kimbella Vanderhee (@kimbellasworld) to deny that she had plastic surgery and have people believe her because she looked drastically different in the pictures taken before she went under the knife. Good for her that she didn’t try to deny it and became very candid about all the work she got done because it adored her to the general public. She’s now not just a reality star, but she’s real. Because she admitted to having Botox, lip fillers, liposuction, and a Brazilian butt lift. Rarely has celebrities been this open about plastic surgery.

In 2021, Kimbella got a complete makeover with plastic surgery and she showed off the results online with her before and after looks. She revealed that she had gone on a trip to Colombia so she could get all the procedures she wanted and detailed the journey she took. She shared that she got several plastic surgery procedures on her face which included getting a facial treatment, fillers for her lips, and Botox for the forehead. She even posted a quick Vlog to her account where she gave a shoutout to the cosmetic nurse.

She does everything! We got this amazing facial, filler & botox. Margie made us feel like family. If you’re in Cali, Colombia and want a refreshing look go see her!

Kimbella even shared actual footage from her plastic surgery procedure when she hit the surgery table. She showed the liposuction procedure she got around her abdomen and the illusion of abs that was created by her doctor. She wrote about that one, “I seen them abs you creating so I came to get them!” She commended the surgeon there for their services,

@lluxerecovery Junito y Wife your staff and recovery home is trulyy a hidden gem! I recommend anyone who’s deciding to travel to Cali, Colombia for elective surgery, dental design smile this is where you want to be, it’s a resort in its own right plus you are attended too ALL DAY LONG! I’m so happy that Junito is my people’s so I trusted it, but once I saw for myself it was that on that, he got this recovery shit on lock! Thank you Junito.

About two years before that, the Love and Hip Hop: New York star had shared that she had undergone another plastic surgery – a Brazilian butt lift procedure – just weeks after giving birth to her son Juelz Santana James. She referred to these procedures as a ‘touch up’ on Instagram.

Though Kimbella Vanderhee was not a constant presence in Love & Hip Hop: New York and appeared infrequently in many of the seasons, she gave the most drama to the viewers. In Season 2 which was the season she initially appeared, she was the best friend of Yandy. She had a storied relationship with her and she later has a feud with her. She also had a nemesis and that would be the one she had a feud with – Emily. And the reason for the feud is that she had been in a relationship with Fab before.

The reality star later makes a return in the seventh season of the show where she makes up with former best friend Yandy. She also gets into a very riveting and engaging fight with Miss Kim during a birthday party. This fight was one of the most memorable ones in the show. Besides the drama with Miss Kim, she has another falling out with Yandy in the following season and leaves.

Kimbella comes back again for Season 9 of the show where she again fights with Yandy. But most of the season afterward is centered on her relationship with Juelz who is sentenced. This seems so surreal now that she has split up from him after three years of marriage.

A quick reminder for you to visit House & Whips and read more interesting stories about your favorite celebs!