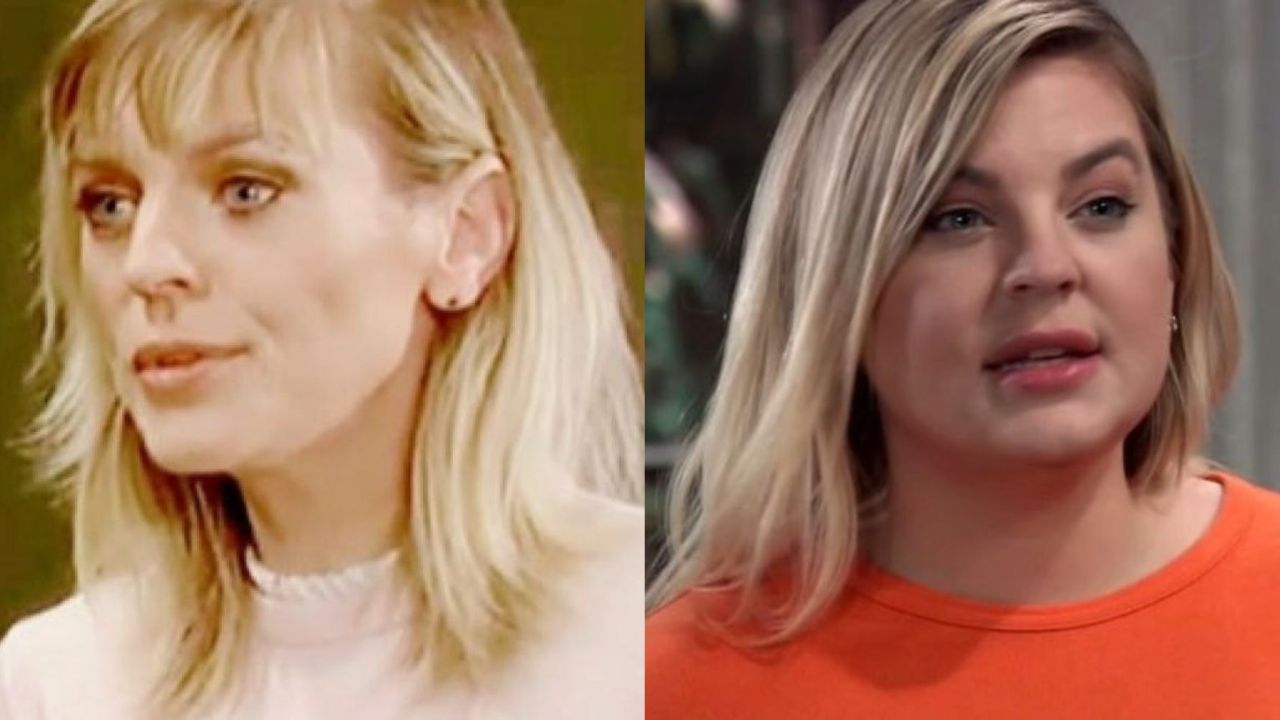 Kirsten Storms is an American actress who first gained prominence when she played the role of Zenon Kar in the Zenon trilogy. She is also known for portraying the characters like Emily in Johnny Tsunami and Bonnie Rockwaller in Kim Possible. She famously played Isabella 'Belle' Black on the NBC soap opera Days of Our Lives from 1999 to 2004. The very next year, she was cast as the character Maxie Jones on the ABC soap opera General Hospital and she reprised the role in the spin-off General Hospital: Night Shift as well.

After the release of the 59th season of General Hospital, Kirsten Storms has become the subject of speculations of weight gain.

Previously, we touched on the weight gain efforts of Nelly Furtado and Daniel Kaluuya.

Kirsten Storms' Weight Gain 2022: The General Hospital Cast Is Likely Not Pregnant Again; Fluctuations in Her Weight Might Be Because of Health Issues!

Following the premiere of the 59th season of General Hospital, all the casts of the series are on the public radar as of now. Because of the publicity from the show, the casts are in the news for different reasons. And most notably, there is a lot of buzz about Kirsten Storms' (@kirstenstorms) weight gain. And fans have started wondering if she is pregnant and if that is the reason for her weight gain.

Just like people immediately jumped on to the speculations that Kirsten Storms was pregnant in real life back in 2021 when the character she was playing, Maxie Jones was pregnant, without any other reason that suggested so, they are doing the same now. The stories of her weight gain circulated and then fans assumed that she might be having a baby.

But far from it being true, even the reports of Kirsten Storms having undergone weight gain seems to be not completely true. Because talks about that look like it came out of nowhere as there is nothing that suggests that she has gained weight. She has not announced that she is pregnant. I mean, in some of her Instagram pictures, her face did look puffy. But she was recovering from brain surgery and it could have been because of the medications she needed to have.

In June 2021, Kirsten Storms revealed via Instagram stories that she had to undergo brain surgery because of a cyst and she was taking a temporary leave of absence from General Hospital and playing Maxie Jones for recovery. She said,

So I’ve not really spoken about this much, or at all actually. Less than 48 hours ago, I had brain surgery, hence the neck brace. It was on the lower portion of my brain. I had a very large cyst that had split into two, and the doctor said it was, like, so full the pressure was very noticeable when they opened up my skull. [It] sounds so weird.

So, it is possible that her recent weight gain might be because of her health complications and medications and not because she is pregnant which is not very surprising because she seems to be always plagued by some health issues. She talked about it in her post she made after surgery where she wrote that she had spent the last few years having random health issues that she just disregarded as side effects of her medications or just something she was experiencing due to age.

Either way, Kirsten Storms, like most people, does not appreciate people commenting on her body. She especially hates the comments about weight gain, which was evidenced when she slammed the remarks about her gaining some weight. In 2019, she shared a casual picture of herself at Target during a shopping trip on her Instagram after which she was swarmed with people mentioning she looks bigger.

Many people in the comments section were mentioning that Kirsten Storms looked different because of the weight gain and she snapped back at those people. She wrote back,

I will say that it’s sad to see some people focus only on the status of my body (and when focusing on weight it is never meant in a positive way. ‘Losing’ or ‘gaining’ — it’s a judgement and it’s shameful).

She also made it clear that she didn't like people linking her weight gain to her health status. She said,

Details about my health and medical conditions are nobody's business, so I won't go into my temporary weight gain to satisfy anyone's thirst.

All this must have really irked Kirsten Storms because she was once shamed for her weight loss as well. She had once had some skin issues, some sort of breakouts that her doctor said was due to stress. She had to take rest in order to recover from that. During the recovery period or resting period, she lost a few and people started saying things like she must be 'anorexic' or 'on drugs' to explain her weight loss.

Kirsten Storms had silently suffered the ordeal and bounced back only to be ripped to shreds about her weight gain. It is clear now that her weight has fluctuated which may or may not be because of health reasons and she hates people pointing it out. So, fans should refrain from mentioning her weight loss or weight gain as it is the decent thing to do.