Kirstie Alley’s Weight Gain: The Cheers Star Struggled with Her Weight Throughout Her Life! 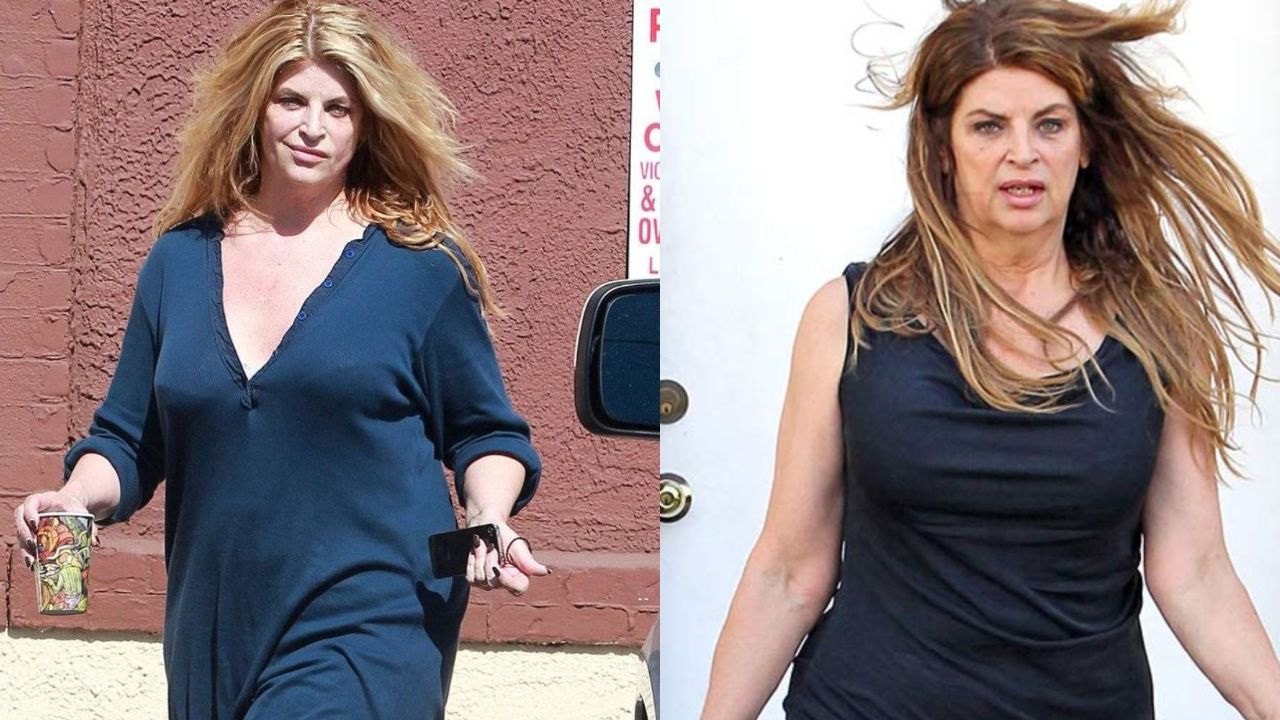 Kirstie Alley struggled a lot with her weight gain in the 2000s. The Cheers star put on a lot of weight which often made her the target of tabloids and their b*tchy comments and the subject of ridicule. Kirstie Alley said that it was her self-indulgence throughout the year that was responsible for her significant weight gain.

Kirstie Alley was an American actress who rose to fame when she played Rebecca Howe in the NBC sitcom Cheers, the breakout role for which she received an Emmy Award and a Golden Globe in 1991. She also starred as the lead in the sitcom Veronica’s Closet and earned additional Emmy and Golden Globe nominations. This role increased her popularity more than ever. And as for films, she was most recognized for her role as Mollie Jensen in Look Who’s Talking and its two sequels Look Who’s Talking Too, and Look Who’s Talking Now.

She was not just an actress but also kind of a pioneer when it came to opening up about weight issues. She had very frequent and drastic weight gain which made her the subject of mockery and the target of ridicule. This made her work very hard to get rid of the weight. And though she managed to lose weight, she always relapsed and regained weight. Learn more about Kirstie Alley’s weight gain!

There are more interesting weight gain stories of SZA and Tim Allen for you to read.

Kirstie Alley’s Weight Gain: The Actress’ Self-Indulgence Was Not a Healthy Pattern!

In her decades-long career, besides being known for her acting, Kirstie Alley (@kirstiealley) spent her time being vilified for her weight gain. She had always struggled with weight but she never had public sympathy for her struggles. Instead, public opinion about her took a dip and rose as her weight increased and as her weight declined.

Maybe because she was always ridiculed for her weight gain, she was a little too keen on shedding her weight and showing it off any chance she got. Remember Kirstie Alley in a bikini on Oprah? She lost 75 pounds and she wanted people to know it. Though she regretted it later on, it really showed how important it was for her to show her slim figure.

So what happened was that Veronica’s Closet was canceled and on top of that, her relationship with her live-in boyfriend ended so, Kirstie Alley was feeling like a big loser. So, she did some soul-searching and she decided to prioritize her children….and food. So, she was 130 pounds and then weight gain..and she got to 203.

The actress herself wasn’t aware of it so the paps were kind enough to make her weight gain known by taking photographs of her in unflattering positions and for tabloids by using them in articles headlined ‘260 lb Kirstie Alley Too Fat For Sex!’ Was it her way of coping when she starred in Fat Actress because she must have known? It didn’t work if it was.

Well, Kirstie Alley did lose those pounds only to quickly regain them. It was 2009 when she stepped on the scale after a long time and was slightly disturbed to see that the figure on the scale read 228 lbs. That was the highest she had ever been and that kind of weight gain disgusted her because she had already been a Jenny Craig spokeswoman by then and she had trimmed down to 145 pounds after shedding 75 pounds.

As per what she said, the weight gain that happened after she parted ways with Jenny Craig was because there was nobody breathing down her neck to weigh herself every day and she went wild. Her small, low-calorie portions gave way to Chinese takeout and pasta drenched with butter. She also ate a lot of bread and carbs. And she had banished her gym equipment to the garage.

Kirstie Alley planned on turning that around and a few years later, we were talking about her weight loss. In 2011, when she competed in Season 12 of Dancing with the Stars, she lost 100 pounds and then launched her weight-loss system Organic Liaison. Her fitness journey and her slimmed-down body were the talk of the town which was a departure from the usual.

When earlier, there were just so many weight gain stories but that would never be the ending of it all because, in just a few years since that, she was again making headlines with her weight gain. It happened gradually and in 2014, when Kirstie Alley realized that her weight was increasing again, she rejoined Jenny Craig and lost 50 pounds.

Since then, the Cheers star did not see any drastic increase or decrease in weight. Just slight fluctuations. But that was not the last she talked about her weight gain. In 2016, in an interview, talking about how she gained so much weight in the first place and several times, she said that it had to do with her spontaneity as it was not in her nature to plan and she never gave much thought to what she was eating and because her lifestyle got in the way of her healthy habits.

Kirstie Alley used to travel a lot and according to her, ‘if you’re wined and dined and you love holidays,’ weight gain came so easy. Plus, it was not just the wining and dining and the holidays because holidays were not the only time she self-indulged, she did it the rest of the years too. And that’s what showed in her weight. She admitted,

I always joked that my holidays lasted from Halloween to New Year’s Eve, and maybe even into Valentines Day. I would think it was okay for me to eat whatever I wanted during those months.

Kirstie Alley was always aware that her pattern of indulging wasn’t healthy but she let herself do it because she felt like it was a positive thing to let herself truly enjoy the holidays. But after the frequent and drastic weight gain, she learned to be health and weight conscious as well.

It was very social and joyous, like, ‘I’m going to have a big Halloween party and have caramel apples,’ but then I realized, ‘Wow, that’s your real trap zone.’ So I still do the holiday thing, but I’ve learned something that wasn’t in my vocabulary before, and that’s a little bit of ‘discipline.’