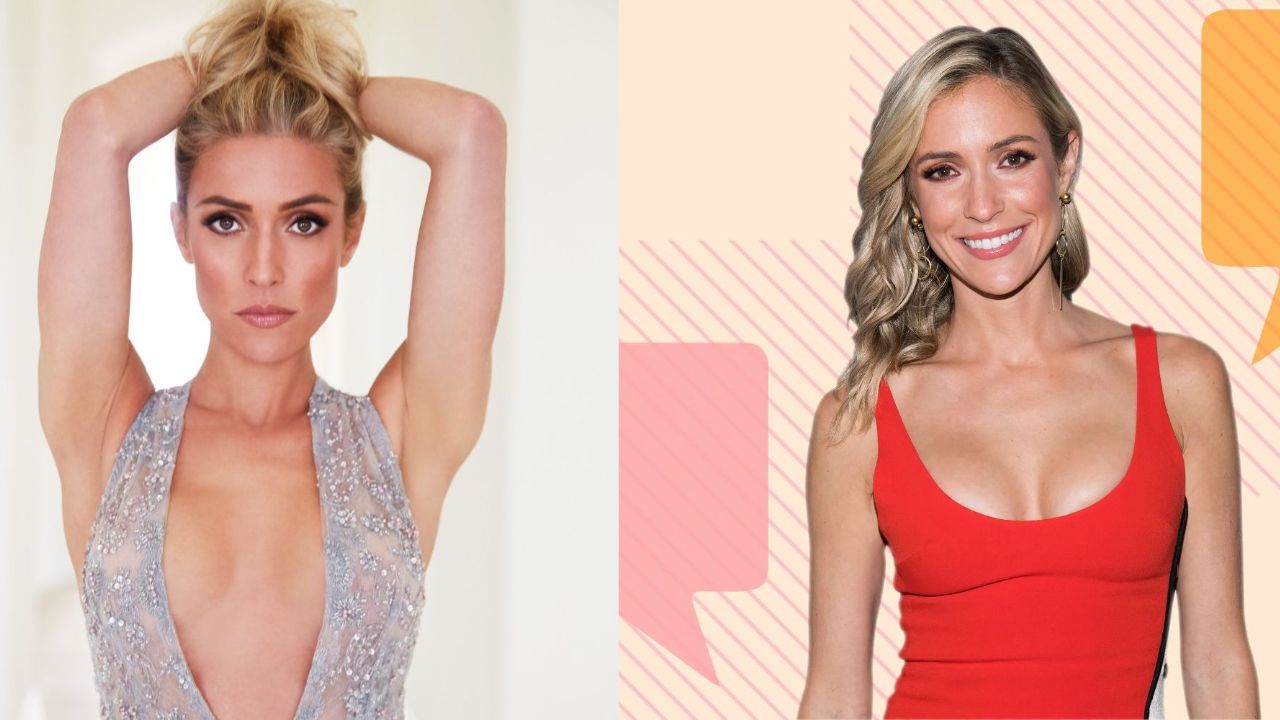 Kristin Cavallari recently confessed that she had a boob job in August 2022 after years of actively shutting down plastic surgery saying that it was just not something for her. However, the Hills alum only ever was skeptical about what would go into her face and skin when she had injectables and only denied that she had plastic surgery on her face like Botox and fillers. So, the boob job doesn’t seem too uncharacteristic for Kristin Cavallari.

Besides reality shows, she has also acted on television shows and in films, including National Lampoon’s Van Wilder: Freshman Year. And in 2017, she founded the company Uncommon James, which sells jewelry, homeware, skincare, and beauty products.

Having started her time in showbiz as a teen in a reality show and having grown up in the public eye, the reality star was never going to be exempted from plastic surgery speculations. For the past few years, fans have begun to observe her more closely as she entered her 30s and because she is not changing much (which is to mean she is not covered in wrinkles and lines and her face does not sag), they think she got work done to not age. Learn more about Kristin Cavallari’s plastic surgery!

Previously, we touched on the plastic surgery efforts of Jordana Barnes and Elizabeth Warren.

Kristin Cavallari’s Plastic Surgery: The Reality Star Confessed to a Boob Job in August 2022 After Fans Notice Her Breasts Looked Perkier Than When She was Young!

Kristin Cavallari (@kristincavallari) has admitted to getting plastic surgery including a boob job and micro-needling but fans believe that she has had more like Botox and fillers on her face and lips.

There’s nothing that irks Kristin Cavallari more than the close scrutiny of her appearance and subsequent plastic surgery speculations. She has made that clear on more than one occasion. Like after the 2019 Golden Globes, she somehow got the wind of a post on Instagram of her side-by-side photos (one from The Hills and one from the event) for comparison that said, “It appears she keeps it fresh and natural by lip, cheek and under eye filler and Botox to the frown, forehead and crows feet!” and she couldn’t let it go and maintain silence about it and ended up contesting it.

The Hills alum made it a point to deny all those plastic surgery speculations with some snark. She replied in the comments,

I’ve actually never touched my face but thanks for the compliment, I guess. Maybe get your facts straight before u start making claims like that. I’m proud to be injectable free.

Kristin Cavallari must have been glad that she hadn’t given in to plastic surgery like many others and her relatives. She explained in 2021 in an interview with PopSugar that she was against doing anything to her face after having noticed first-hand what happened to her relatives when they used injectables. She doesn’t hold judgments against anyone who chooses to have nips and tucks but just doesn’t prefer it for herself.

At a young age, I was so against plastic surgery and everything that it stood for because I saw my stepmom at the time lose herself in it. My brother actually lost himself in it as well, and so, I really hated it and felt like it was just a cover for what was really going on.

The reality star said that she is all about skincare to keep her skin fresh.

Your face is a muscle, so we need to be working it out the same way that we would any other muscle and that’s the opposite of Botox. So instead of freezing it, let’s work it out.

Plus, Kristin Cavallari had given a try to luxury skin treatments such as chemical peels and lasers and it was “honestly…meh” for her. She felt it was just a waste of money for her as she never saw any results with it. She did admit that she ‘maybe saw a little difference’ with micro needling but overall she didn’t care for it and realized that it was more about taking care of yourself from the inside out.

The Laguna Beach star doesn’t choose to take the shortcut for beauty but for those who choose that route, she doesn’t hold judgments against them, she doesn’t prefer it for herself.

To each their own. I have friends who honestly look better with it — I get it — it’s just not for me.

However, Kristin Cavallari never wrote plastic surgery off completely though her goal was to not get it at all as she lived a natural lifestyle and with injectables, you couldn’t tell what you’re putting into your skin and their long-term effects. Still, speculations continued to get on her nerves all the same.

In June this year, Kristin Cavallari went a little bit extra to discredit plastic surgery speculations and shut down the rumors that she had fillers on her face and her lips which are very common for celebrities when she took to her Instagram story as she was applying lip liner and wrote,

You can keep the lip flip. Mine’s with liner. I don’t inject anything in my face. So quit saying ‘my face has changed.’

Getting your makeup professionally done makes a massive difference in someone’s face, FYI.

It does, but it doesn’t explain the increase in breast size, something the fans were quick to observe about her when she was doing an Instagram Q&A on August 2022. Those who noticed didn’t shy away from asking her about it. It was then that Kristin Cavallari revealed her plastic surgery, revealed that she had a breast lift.

Did she eat her words with that revelation? Kristin Cavallari never said never to plastic surgery but she also never did miss any opportunity to say that it was just not something for her. Plus, she only ever maintained distance with Botox and fillers and hated speculations about those, and always denied getting them (she was skeptical of what she would be putting into her skin if she got them). Maybe she didn’t have such hesitancies about the boob job (not implants, just a lift).

But it is important to note that Kristin Cavallari had credited breastfeeding to giving her a more voluptuous bosom than she had during her MTV days. Like that time in 2017 when she jokingly thanked breastfeeding for ‘making her left boob perkier than her right’ because they appeared slightly lopsided (they also looked bigger, she never addressed that then).

If Kristin Cavallari meant to hide her boob job and the fact that she had plastic surgery then, well, she has dropped all that pretense now. When she was asked if her boobs were real, she said,

Gonna keep it real with y’all. Got a lift after breast feeding all 3 kids.