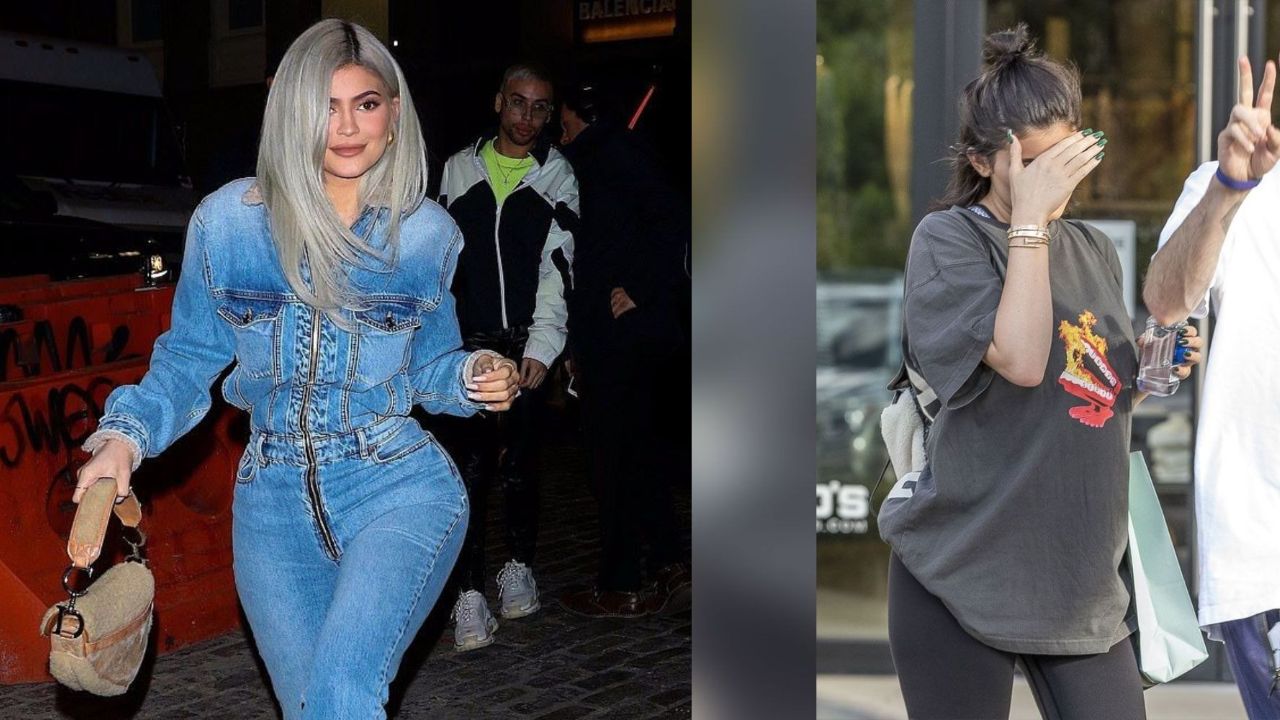 Kylie Jenner is currently being critiqued for being disingenuous with her weight gain post on Instagram because she had bragged about her abs coming back shortly before. After the Met Gala 2022 debacle, the Keeping Up With The Kardashians star shared photos of herself flaunting her body in a bikini which further fueled the talks about her weight loss after the pregnancy. Kylie Jenner had revealed in the weight gain post that she had put on 60 pounds and she was already down to 40 pounds, although she didn't share her weight loss diet.

Kylie Jenner is an American media personality, socialite, model, and businesswoman who first came to fame when she starred in the E! reality television series Keeping Up with the Kardashians in 2007.

Capitalizing on the show that went on to be massive and one of the most-watched reality shows in entertainment history, she built a business empire that took over the cosmetic world and raised her to billionaire status as Forbes reported though they retracted that statement later on. She has founded and owns the cosmetic company Kylie Cosmetics. She is currently the most-followed woman and the second most-followed person on Instagram.

Kylie Jenner, as one of the most famous people in America, is rarely not on the news, and this time she is in it because of her weight gain. She had fuelled talks about her weight gain when she revealed that she had gained 60 pounds in an Instagram story.

Previously, we touched on the weight gain stories of Melanie Lynskey and Lara Logan.

Kylie Jenner's Weight Gain: The Keeping Up With The Kardashians Star Has Already Shed 40 Pounds After Her Second Pregnancy!

The internet is locked in an online battle between the divide between people showering love on Kylie Jenner (@kyliejenner) for showing off her stretch marks and the extra weight of 60 pounds on her postpartum body and giving a glimpse of a real body, and the other ones slamming Kylie Jenner for being disingenuous in her posts about weight gain.

The reality star recently flaunted her body by posing in a bikini for a picture she posted on her Instagram handle while on a holiday to show off how she had already bounced back from the weight gain after pregnancy. This comes shortly after the Met Gala 2022 debacle she had to endure after she wore a wedding dress with a baseball cap she put on backward underneath the veil to the gala. This look of hers has been dubbed her worst look. All in all, Met Gala 2022 was very much overshadowed by the fashion blunder Kylie Jenner seemed to have committed so much that people overlooked how the new mother looked.

Kylie Jenner just gave birth to her second child, a son in February after which she had been mostly out of the public eye pretty much keeping out of the way of any people looking to examine her body for weight gain. Met Gala 2022 was the first much-publicized event where she made a public appearance after the pregnancy and by default of that, weight gain.

Just a few days before the Met Gala 2022, Kylie Jenner had come forward to talk about her weight gain when she shared in a short boomerang clip that she had put on 60 pounds during the course of her second pregnancy with her son. It was apparently more than the weight gain she was left with after her first pregnancy with her daughter Stormi Webster.

In the clip, not only did she make claims about the weight gain of 60 pounds, but she also updated her followers on the journey she had already embarked on to recover from the weight gain. She revealed that she was on her way to losing all that weight as she was already down to 40 pounds and had shed two-thirds of that extra weight.

In the black-and-white clip the Keeping Up With The Kardashians star filmed from the above as she looked down at her legs on a treadmill while getting back to her workout routine, she also mentioned that walking/pilates was her favorite combo. It appeared as if she wanted people to know that she had already reversed her weight gain.

Shortly after, Kylie Jenner went to the Met Gala 2022 where she might have hoped to flaunt the weight loss of 40 pounds. Not that the flowy wedding gown she donned was suitable to show off the weight loss. But instead, she got trolled for her outfit for the next few days. And then she diverted all the attention from that hideous outfit combo to her new body post-weight loss post-weight gain.

Kylie Jenner then once again began being talked about in regards to her weight gain which she had recently revealed before. Though she did not share about her diet schedules and meal plans and all she talked about the workout routine and exercises was that she was doing walking and pilates, she had mentioned that she was trying to be healthy and patient.

But as soon as the public's attention went back to that post about her weight gain, they recalled just how, after two months after she had her son, she had 'bragged' about how her abs were trying to make a comeback. People didn't appreciate how she frequently photoshops her body to an eerie perfection and somehow manages to take the credit for being honest and showing off her real body after she talks about weight gain. A weight gain she has already bounced back from in such a short time.

As for the cosmetic mogul's weight gain during her first pregnancy, she had disclosed in a Q&A session with fans on Twitter that she had gained 40 pounds before quickly deleting the tweet.