Did Lady Gaga Have Plastic Surgery? The Poker Face Singer Used To Proudly Say She Was Never Tempted to Despite Pressure; Check Out the Before and After Pictures! 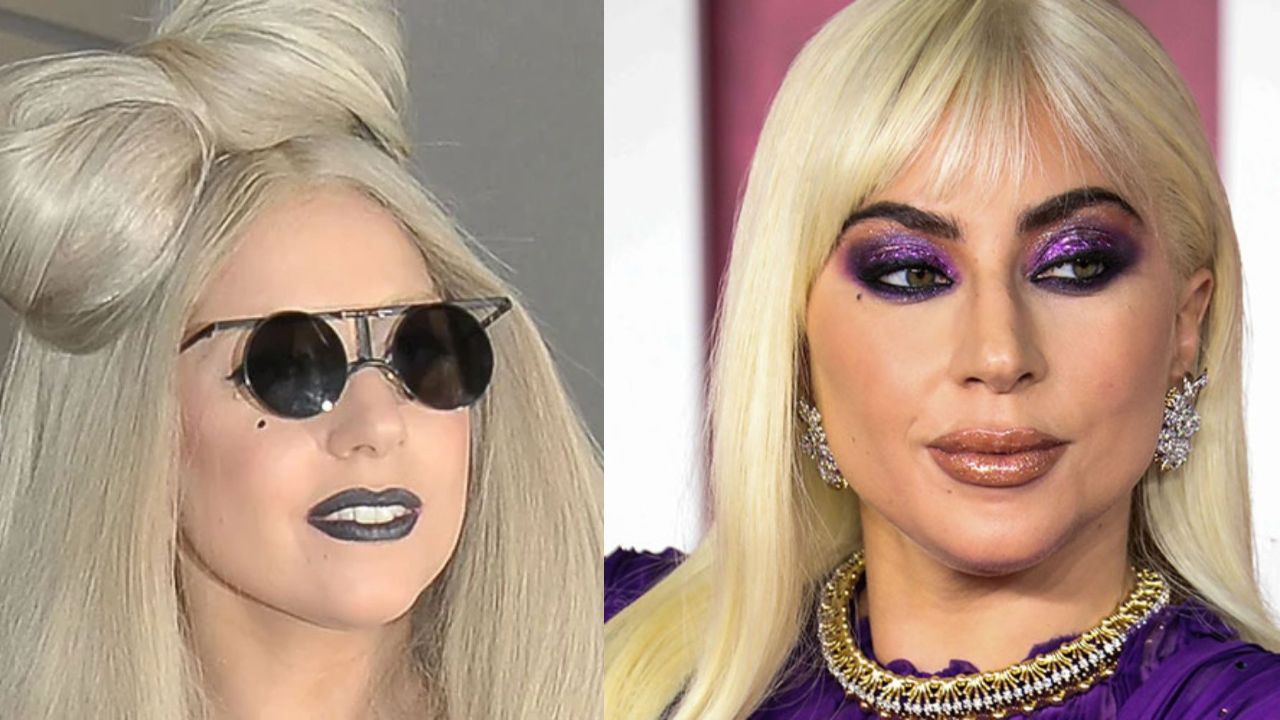 Lady Gaga used to take pride in the fact that she has never had plastic surgery despite being systemically pressurized by Hollywood and being bullied for her looks when she was younger. But the Born This Way singer, as per the experts, has had Botox, a non-surgical nose job, and fillers on her face, lips, and jaw. Lady Gaga has admitted to fillers, which she does not consider plastic surgery, and hasn’t acknowledged the rest of the speculations.

Lady Gaga (born Stefani Germanotta) is one of the most iconic pop stars to come out of America. Be it for her image reinventions or for her musical versatility, she has occupied everyone’s minds and hearts. Some even call her the last superstar to have happened before the era of social media began. She has released six albums which have all debuted atop the US Billboard 200.

The superstar has also ventured into acting and has won several accolades for it. Her contributions to A Star is Born‘s soundtrack, which spawned the chart-topping single Shallow, made her the first woman in history to win an Academy Award, BAFTA Award, Golden Globe Award, and Grammy Award in one year.

Lady Gaga is one of the world’s best-selling music artists having sold an estimated 170 million records. She is also the only female artist to achieve four singles that each sold at least 10 million copies globally. She has won 13 Grammy Awards, two Golden Globe Awards,  and 18 MTV Video Music Awards.

Besides being known for her image reinvention, she is also starting to be the subject of discussion because of her changing appearance. Though the singer has always denied having plastic surgery, people can’t not notice how her face has been changing in the last few years which is not natural. Here are all the details about Lady Gaga’s plastic surgery and whether she has admitted it or denied it!

Previously, we touched on the plastic surgery efforts of Jennifer Coolidge and Bridget Moynahan.

Lady Gaga‘s (@ladygaga) latest look, fans as well as experts believe, is not without plastic surgery. She is believed to have a non-surgical nose job, Botox, facial fillers, and lip fillers.

Lady Gaga could never be Lady Gaga if it wasn’t for her iconic looks. She is quite literally the queen of reinventing her looks all the time. She is very noted for this. People might forget to notice anything else about her because of her outlandish outfits which always steal their attention. But now that she is beginning to dress down and is not as gaga with her looks, fans have taken notice of how she doesn’t look the same as she did when she started her career.

Fans suspect the Born This Way singer was not really born the way she looks like now and has had some nips and tucks done in her career. However, what she said about plastic surgery throughout her career might make you think that she has never had any as she had always shown that she was proud of her heritage (her Italian nose) despite being insecure about it. Plus, she has always taken pride in the fact that she never had work done.

But maybe finally, the shallowness of Hollywood that requires everyone to be the impossible standard of beauty took its toll as it looks like Lady Gaga has lost her uniqueness when it comes to her appearance. Earlier, she used to have a big nose that people bullied her for when she was young. She told in an interview that she had a very big nose, very curly brown hair and she was overweight because of which she got made fun of.

Lady Gaga’s unconventional looks later became a disadvantage as she was starting her career as well. She was pressurized to go under the knife as she was breaking big into the music industry. But she said no to all those plastic surgery pressures as she loved her Italian nose and told in a 2018 interview for A Star is Born if people wanted her to look like a sexpot, she would look the opposite.

Not only did Lady Gaga defy plastic surgery but she also took pride in the fact that she defied it. In an interview with Harper’s Bazaar in 2011, she said,

I have never had plastic surgery, and there are many pop singers who have. I think that promoting insecurity in the form of plastic surgery is infinitely more harmful than an artistic expression related to body modification.

Two years later, Lady Gaga admitted being obsessed with fillers. However, she didn’t consider it to be plastic surgery because it technically isn’t but it’s still alteration done to the face. In a 2013 interview with Howard Stern, she said,

I’m telling you, I wasn’t exactly in the best frame of mind, and I would smoke a bunch of joints and have some drinks and I would be like, ‘Oh, let’s go see my girl’ and we would drive to this strip mall and I would get shot up with a bunch of whatever, Juvederm, and then leave.

The Poker Face hitmaker eventually stopped those excessive fillers after a photographer friend of hers pointed out that she was getting hooked on the habit and warned her about overdoing it.

Well, this is what Lady Gaga has said about having plastic surgery that she hasn’t. But her face today says she has definitely had something done on her face which she has not admitted to, still. Like her big unique Italian nose doesn’t look the same unique and bumpy it used to look like. According to an expert, the tip is lifted and overall it looks narrower which suggests it could have been a non-surgical rhinoplasty where she lifted the tip of her nose with some dermal fillers. (Non-surgical because she is a musician and a surgical nose job can change voice).

There are others who have seen more than just the nose job in plastic surgery. Dr. Megan McCallum said that she thinks that Lady Gaga is doing it right with botox and fillers. She noticed her plumper lips, more chiseled features, dermal filler in the lips & possibly the cheeks, chin, and tear troughs, and that her brows sit together with no wrinkles insight and have limited movement in interviews. This observation has led her to believe she has had Botox even in her jaws to compliment the filler.

Another expert Susan Langridge (Advanced Clinical Nurse Practitioner) suspects Lady Gaga of having fillers in her cheeks, chin, and lip, and getting some work done on her jaw. She pointed out how the Mother Monster had a more refined jawline and the chin had been augmented to make her face look younger, and how her lips were fuller giving her a nice pout.

Dr. Sara Maki also thinks Lady Gaga has had lip fillers as her lips appear more voluminous and defined. It became more of a talking point about her when viewers noticed that the mobility in her lower face had been restricted in an appearance on Graham Norton. Sara Maki also noticed that the shape of the House of Gucci actress’ face is more balanced in the later pictures, possibly due to cheek filler as her jaw and chin were already well-defined.