Lea Michele’s Plastic Surgery: What Happened to Her Face? Did She Have Jaw Surgery or Buccal Fat Removal? 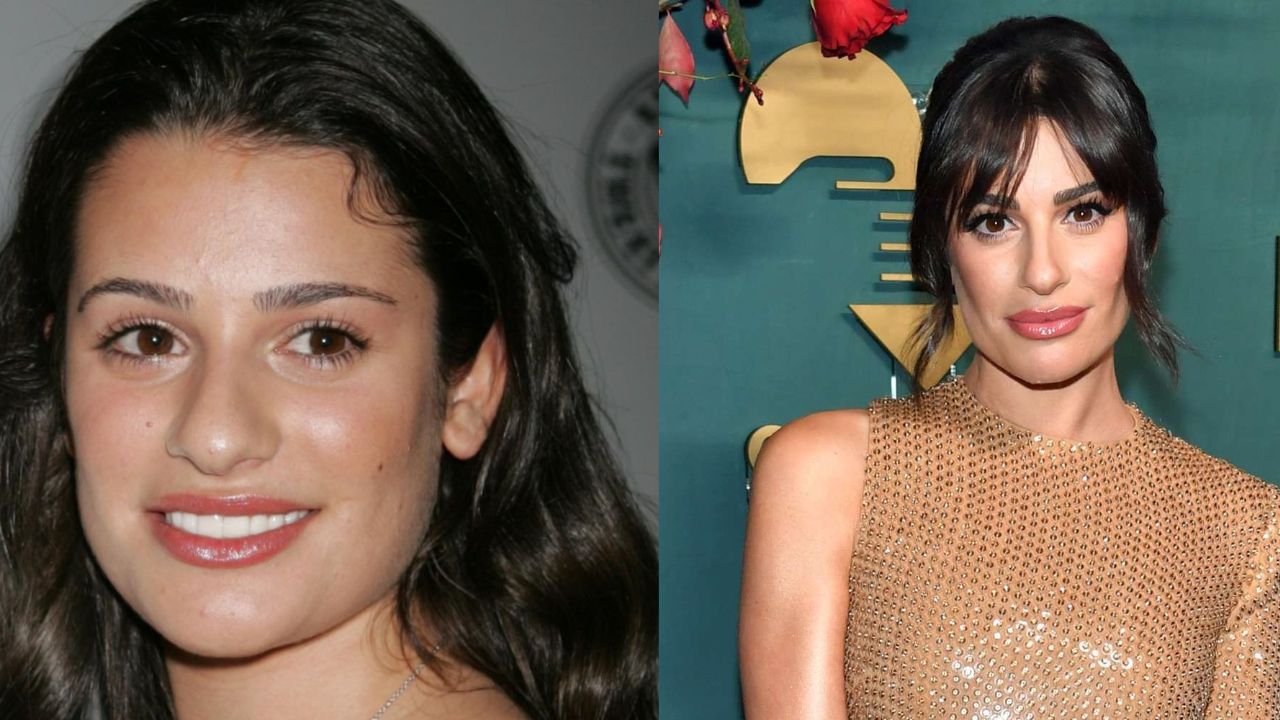 Lea Michele is an American actress, singer, songwriter, and author who came to prominence playing Rachel Berry on the Fox series Glee, for which she received an Emmy Award nomination, two Golden Globe nominations, and won four People’s Choice Awards, three Teen Choice Awards, and a Satellite Award. She started her career as a child actress on Broadway, appearing in productions of Les Misérables, Ragtime, Fiddler on the Roof, and Spring Awakening. She also starred as Hester Ulrich on the Fox series Scream Queens and as Valentina Barella on the ABC sitcom The Mayor.

She recently posted a selfie that has sparked plastic surgery rumors. At first, they were like what happened to her face. And then they began to speculate she has had buccal fat removal. Some think her hollowed cheeks are due to jaw surgery. In addition to that, the rumors that she had a nose job began to spread almost a decade ago. Learn more about Lea Michele’s plastic surgery and her face!

There are more interesting plastic surgery stories of Dani Austin and Sukihana.

Lea Michele’s Plastic Surgery: Speculations of Nose Job and Buccal Fat Removal; Some Think She Has Had Jaw Surgery!

Lea Michele, (@leamichele) though initially very vocal about loving herself the way she is and not getting plastic surgery, appears to have undergone a few cosmetic procedures. She definitely has had a nose job and she recently got buccal fat removal. Some people thought she had some kind of jaw surgery as well.

Just a single selfie from Lea Michele caused chaos all over the internet when it sparked plastic surgery rumors. She posted a picture comparing herself to Lucia, the beautiful Sicilian working girl on The White Lotus. But the comparison went unnoticed when her photo screamed buccal fat removal. Her picture and her chiseled facial appearance left the entire social media buzzing about it.

The Glee star’s face, which was already slender, looked very chiseled. Her cheekbones were visibly slicing diagonally downward to create that hollow look on her cheeks. This was sure to spark a wave of discussion that she had gotten buccal fat removal which, in turn, led her fans to think about the other plastic surgery she might have gotten. Though it was mostly about the fat removal because her cheekbones never popped like that. No amount of contouring could give that look.

Plastic surgery to get buccal fat removed includes removing a naturally-occurring pad of fat from one’s lower cheek area between the cheekbones and jawbones, via incisions inside the mouth to highlight one’s facial appearance and give the face a slimmed-down appearance. Lea Michele most likely had this surgery from the looks of it. She never responded to the rumors but those never needed confirmation.

What needed confirmation was the speculations of another plastic surgery Lea Michele had faced – a nose job. Because there was nothing different in the shape of her nose except that it appeared to be a bit smaller in size. It just seemed like size readjusting. Plus, the Funny Girls star has been very vocal about not getting any work done and loving oneself the way they are.

Lea Michele always had a prominent nose which was one of her defining physical features which is not really appreciated in showbiz. The one piece of advice she often received since she started her acting career is to get a nose job. She was not considered pretty enough for film and television and apparently, her nose was too big for that. But she never gave in (at least that’s what she told that she never got plastic surgery) and she credited Barbara Streisand for that. In a profile for Town & Country, she said,

But that never deterred her, she said. Lea Michele was all about loving the little flaws we have and living with them. Following that logic, she would never get plastic surgery. She proudly reclaimed back when she suddenly became one of the biggest stars in America thanks to her role on the hit TV show Glee.

What she said does not seem to hold up now that she most likely got plastic surgery on her nose. She has the same nose but is much smaller and less prominent-looking than before. She likely got a nose job to get her large nose resized. She never disliked the way it looked, but only the size of it. And she changed it.

Lea Michele, however, has never admitted to plastic surgery though it could not be more conspicuous that she had buccal fat removal (some people think that it’s jaw surgery) and a nose job.

Can we interest you in House & Whips for more exciting stories about your favorite celebs?